ThouShaltNot were an American electronic band formed in 1998. Their core lineup consisted of Alex Reed, Aaron Fuleki, and Jeremy Long. The band's musical style blended elements of post-punk, gothic rock, industrial, and synthpop. Based in Pittsburgh, Pennsylvania, they were signed to Dancing Ferret Discs. The group released four studio albums before disbanding in 2013, with Reed and Fuleki continuing to record music under the name Seeming. [1]

The band started as vocalist Alex Reed's solo project, though Aaron Fuleki, whom Reed met as a freshman at The College of Wooster, joined the band in 1999. When ThouShaltNot relocated from Cleveland to Pittsburgh in 2001, Jeremy David Long joined the band. All three are classically trained musicians; Reed earned a Ph.D. in music composition and theory from the University of Pittsburgh in 2005. ThouShaltNot's music is generally complex, carefully orchestrated, and spiritual.

ThouShaltNot first signed with ADSR Musicwerks, releasing two albums of new material (a self-titled release and The Holiness of Now) as well as a rarities collection, You'll Wake Up Yesterday.The Holiness of Now gave them their first minor hit, "Without Faith," and You'll Wake Up Yesterday features their song "If I Only Were a Goth"; this song became quite popular and somewhat notorious at their live shows because the band traditionally limits it to the first live show in a new city as well as for its affectionate ridiculing of the gothic subculture. They were next signed by Dancing Ferret Discs, who have released their 2003 album The White Beyond and their 2006 album Land Dispute, as well as re-issuing The Holiness of Now.The White Beyond has been their most successful release to date, with "Cardinal Directions" and "Inside of You, In Spite of You" both receiving extensive club play. The band has gone on several U.S. tours, sharing the stage with such artists as VNV Nation, The Dresden Dolls, and David J of Bauhaus. They have also provided remixes for many synthpop and goth acts, including Alphaville, Hungry Lucy, Stromkern, and The Last Dance.

As "Thou Flaming Minister"

Various other album tracks have appeared on CDs packaged with music magazines and on label samplers by both ADSR Musicwerks and Dancing Ferret Discs.

VNV Nation is a Irish alternative electronic project led by Ronan Harris in the roles of singer, songwriter, and producer.

Clan of Xymox, also known as simply Xymox, are a Dutch rock band formed in 1981. Clan of Xymox featured a trio of songwriters – Ronny Moorings, Anka Wolbert, and Pieter Nooten – and gained success in the 1980s, releasing their first two albums on 4AD, before releasing their third and fourth albums on Wing Records and scoring a hit single in the United States. Their 1980s releases included synthpop/electronic dance music. Though the band is still active and continues to tour and release records, of the original songwriters, only Moorings remains in the band today. 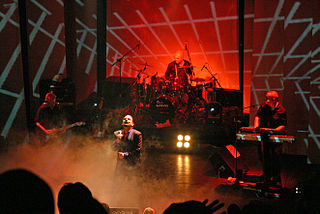 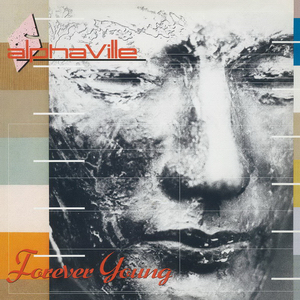 Forever Young is the debut album released by German synthpop group Alphaville on September 27, 1984, by Warner Music Group. It charted well, hitting the Top 20 in six European countries and reaching number 1 in Norway and Sweden. Alphaville followed up with their second album in 1986 with the release of Afternoons in Utopia. 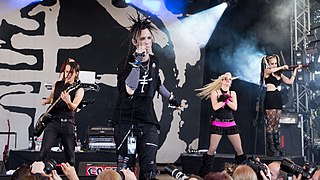 The Crüxshadows is an American dark wave and dark synthpop band currently based in Jacksonville, Florida, United States. The band has an international following of fans and has toured North America, Europe, and Asia. 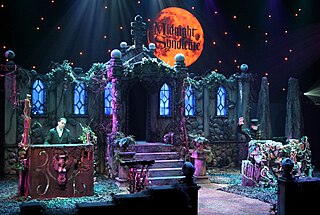 Midnight Syndicate is an American musical group that has been working primarily in the genre of gothic music since 1997 and is based in Chardon, Ohio, a suburb of Cleveland.

The Last Dance is an American dark wave band from Southern California that was for several years signed to the now-defunct Dancing Ferret Discs label. Formed in 1990, they have released 5 full-length albums, an EP, a remix album, and a documentary film was made of them in 2007 titled Almost Beautiful. Along with former labelmates the Cruxshadows and Ego Likeness, the band remains one of the more popular groups associated with the third wave of the gothic rock movement. 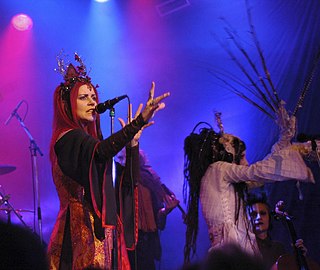 Faith and the Muse is an American gothic rock/dark wave band composed of two musicians, Monica Richards and William Faith. Their music encompasses many genres, from folk-style songs to darker compositions, drawing on many sources and influences, notably Dead Can Dance. Richards is the primary singer, although Faith sings one or two tracks on each album. Their influences include dark alternative, gothic rock, Celtic, and other folk influences. Welsh and Irish mythology have often served as inspiration to many of the band's songs.

Bella Morte is a gothic band that was formed in 1996 in Charlottesville, Virginia, United States. They incorporate elements of metal, dark wave, deathrock, alternative and synthpop. The band's name means "beautiful death" in Italian. According to Andy Deane, the name was chosen to "suggest that beauty can be found in tragedy", which is a theme occurring in every Bella Morte album.

Seabound is an electronic music duo from Germany. Their lyrics are in English and for the most part explore the human psyche and the way that everyday events can affect a person psychologically, hence the band's slogan: "Seabound: Journey Into Your Mind."

Salvation is the fifth album by Alphaville and was released in 1997. Three tracks from the album were released as singles: "Wishful Thinking", "Flame", and "Soul Messiah". However, none of them charted on the German single charts. It is the last album at the Warner/metropolis label. It was also the last album with Bernhard Lloyd, who left the band in 2003.

The Dreamside is a rock and metal band formed in the Netherlands in 1994.

Darkseed was a German gothic metal band, formed in 1992. Darkseed, beginning as a death metal band, took a more unconventional song writing method that aimed more towards the gothic experimental route. They changed their music to gothic metal on their first studio album Midnight Solemnly Dance. 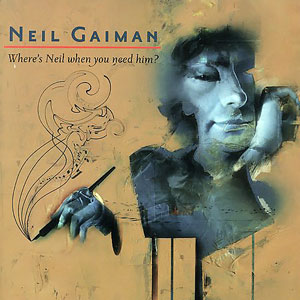 Where's Neil When You Need Him? is a tribute album based on the works of fantasy writer Neil Gaiman.

Ego Likeness is an American darkwave/industrial rock band from Baltimore, Maryland. They were formed in 1999 by artist Steven Archer and writer Donna Lynch. 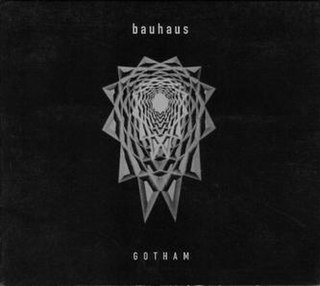 Gotham is a double-disc live album by English gothic rock band Bauhaus of a concert performed in 1998, released in 1999 by record label Metropolis. The album also includes one appended studio track, a cover of "Severance", originally recorded by Dead Can Dance on their 1988 album The Serpent's Egg.

CrazyShow is a limited-edition four-CD album by Alphaville, composed of new material as well as rare and remixed tracks, and three cover versions. It's considered to be a sequel to the eight-CD album Dreamscapes, and as such the discs are numbered from 9 to 12. 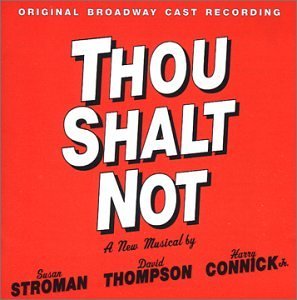