ThoughtSpot, Inc. is a technology company that produces business-intelligence analytics search software. The company is based in Sunnyvale, California with additional offices in London, [3] Bangalore, India, Seattle and Tokyo. [4]

ThoughtSpot was founded in 2012, and as of May 2019, had raised over $550 million in funding [5] and putting the company into unicorn territory with a valuation close to $2 billion. [6] ThoughtSpot's clients include the companies Walmart, Apple, BT, Bed Bath & Beyond and Hightail. [7] [8]

ThoughtSpot was founded in 2012 by a team of engineers who previously worked for Google, Oracle, Microsoft, Yahoo, and other Silicon Valley companies. The CEO and Co-founder, Ajeet Singh, previously co-founded the company Nutanix. [9] In late 2012, ThoughtSpot raised $10.7 million in Series A funding led by Lightspeed Venture Partners. [10] In 2014, the company raised $30 million in Series B funding led by Khosla Ventures. [2]

In January 2016, the company opened an office in London in an effort to expand to the European market. [3] In February 2016, ThoughtSpot announced that it had increased its revenue by 810 percent over the previous year. [1] In May 2016, ThoughtSpot raised $50 million in Series C funding led by General Catalyst Partners. [8] [11] In October 2016, the company expanded its series C funding with an investment from Hewlett Packard Pathfinder. As part of the investment, ThoughtSpot will enter the Pathfinder program and begin selling its software on Hewlett-Packard Enterprise infrastructure. [12] [13]

In May 2018, the company raised $145 million in Series D funding from Sapphire Ventures, Lightspeed Ventures, Khosla Ventures, General Catalyst and others to expand its AI based analytics platform. The company is now valued over $1 billion. [14]

In March 2019, ThoughtSpot relocated their headquarters from Palo Alto to Sunnyvale. [15]

MapR was a business software company headquartered in Santa Clara, California. MapR software provides access to a variety of data sources from a single computer cluster, including big data workloads such as Apache Hadoop and Apache Spark, a distributed file system, a multi-model database management system, and event stream processing, combining analytics in real-time with operational applications. Its technology runs on both commodity hardware and public cloud computing services. In August 2019, following financial difficulties, the technology and intellectual property of the company were sold to Hewlett Packard Enterprise.

CTERA Networks is a privately held enterprise software company headquartered in New York and Israel. The company has regional offices in the UK, Italy, France, Spain, Germany, and Australia. CTERA has partnered with companies including Amazon Web Services, Hewlett Packard Enterprise, IBM, and clients include Deutsche Telekom, Banco Santander, Axa and the United States Department of Defense. In October 2016 IBM became a CTERA reseller. IBM's Cloud Object Storage, integrated with the CTERA Enterprise File Services Platform, can be deployed on-premises, in the SoftLayer cloud or in a hybrid on-premises/cloud setup. CTERA was mentioned in Gartner's 2016 Magic Quadrant for Data Center Backup and Recovery Software. 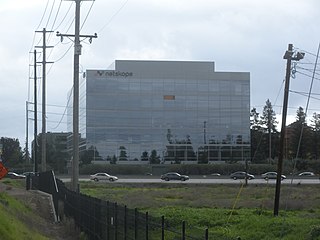 Netskope, Inc. is an American software company founded in 2012 that helps companies protect data and protect against threats in cloud applications, cloud infrastructure, and the web. Netskope is in a category of technology classified by Gartner as cloud access security brokers. Netskope is recognised as a leader in the Gartner Magic Quadrant for Cloud Access Security Brokers.

Tidemark is a private enterprise performance management firm founded in 2010 that provides cloud-based analytics applications built for a mobile device enabled platform. Tidemark was known as Proferi when it was in stealth mode and is located in Redwood City, California. In Sept. 2013, Tidemark won the Big Data Startup Challenge and earned a spot in the Big Data 50.

Alteryx is an American computer software company based in Irvine, California, with a development center in Broomfield, Colorado. The company's products are used for data science and analytics. The software is designed to make advanced analytics accessible to any data worker.

The Hewlett Packard Enterprise Company is an American multinational enterprise information technology company based in San Jose, California, founded on 1 November 2015 as part of splitting of the Hewlett-Packard company. HPE is a business-focused organization with two divisions: Enterprise Group, which works in servers, storage, networking, consulting and support, and Financial Services. On 31 October HPE reported FY2019 annual revenue of $29.135 billion, down 5.57% from the prior year period.

SafeBreach is a cybersecurity company based in Sunnyvale, California and Tel Aviv, Israel. The company has developed a platform that simulates hacker breach methods, running continuous "war games" to identify breach scenarios across network systems. In July 2016, SafeBreach raised $15 million in series A funding from an investor group including Sequoia Capital, Hewlett-Packard, Deutsche Telekom Capital Partners and others.

Mesosphere is an American technology company based in San Francisco, California which develops software for data centers based on Apache Mesos. It calls its product Datacenter Operating System.

Synack is an American technology company based in Redwood City, California. Synack’s business includes a vulnerability intelligence platform that automates the discovery of exploitable vulnerabilities for reconnaissance and turns them over to the company’s freelance hackers to create vulnerability reports for clients.

SEMrush is a software as a service (SaaS) company based in Boston that sells online visibility and marketing analytics software subscriptions. It was founded by Oleg Shchegolev and Dmitry Melnikov as a SEO tool and a browser extension before adopting the SaaS model. The software can provide intelligence data including website traffic information, keywords, projected AdWords spend, site audits, topic research, lead generation, and other SEO-related data.