A high-school student named Freya McAllister (Navi Rawat) begins hearing voices in her head and is misdiagnosed with schizophrenic catalepsy. She spends nine years in an institution before a government doctor (Peter Horton) for the fictional "National Security Administration" realizes Freya might instead be telepathic – and he promptly whisks her away from the institution and commences training her on an isolated farm for the NSA (not the actual National Security Agency). Teamed up with Homeland Security agent Brendan Dean (Joe Flanigan) to track down an elusive assassin known as Gazal, Freya has been ordered not to reveal her powers to her new partner. They manage to uncover Gazal's identity and bring him to justice.

The film was a pilot for a USA Network series that never got picked up. [1] Shot in Toronto between November 18 and December 20, 2002 it was first released direct-to-DVD in Europe in 2003 and had its TV premiere October 15, 2004 on USA Network.

Most of its main cast went on to play major roles on popular television shows; Joe Flanigan in Stargate Atlantis , Navi Rawat in The O.C. and Numb3rs and Joe Morton in Eureka . 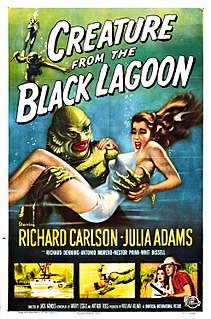 Creature from the Black Lagoon is a 1954 American black-and-white 3D monster horror film produced by William Alland and directed by Jack Arnold, from a screenplay by Harry Essex and Arthur Ross and a story by Maurice Zimm. It stars Richard Carlson, Julia Adams, Richard Denning, Antonio Moreno, Nestor Paiva, and Whit Bissell. The film's plot follows a group of scientists who encounter a piscine amphibious humanoid in the waters of the Amazon; the Creature, also known as the Gill-man, was played by Ben Chapman on land and by Ricou Browning underwater. Produced and distributed by Universal-International, Creature from the Black Lagoon premiered in Detroit on February 12, 1954, and was released on a regional basis, opening on various dates.

Michael Dammann Eisner is an American businessman and former chairman and chief executive officer (CEO) of The Walt Disney Company from September 1984 to September 2005. Prior to Disney, Eisner was president of rival film studio Paramount Pictures from 1976 to 1984, and had brief stints at the major television networks NBC, CBS, and ABC. 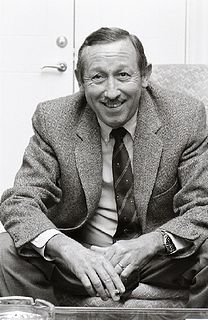 Roy Edward Disney KCSG was an American businessman. He was the longtime senior executive for the Walt Disney Company, which was founded by his father, Roy O. Disney, and his uncle, Walt Disney. At the time of his death, he held more than 16 million shares, and served as a consultant for the company, as director emeritus for the board of directors. During his tenure, he organized the ousting of two top Disney executives: Ron W. Miller in 1984 and Michael Eisner in 2005.

Michael Breckenridge Eisner is an American television and film director.

Stargate Atlantis is an adventure and military science fiction television series and part of MGM's Stargate franchise. The show was created by Brad Wright and Robert C. Cooper as a spin-off series of Stargate SG-1, which was created by Wright and Jonathan Glassner and was itself based on the feature film Stargate (1994). All five seasons of Stargate Atlantis were broadcast by the Sci-Fi Channel in the United States and The Movie Network in Canada. The show premiered on July 16, 2004; its final episode aired on January 9, 2009. The series was filmed in and around Vancouver, British Columbia, Canada.

Jeffrey Katzenberg is an American film producer and media proprietor. He became well known for his tenure as chairman of Walt Disney Studios from 1984 to 1994. After departing Disney, he was a co-founder and CEO of DreamWorks Animation, where he oversaw the production of such animated franchises as Shrek, Madagascar, Kung Fu Panda, and How to Train Your Dragon. He has since founded a new media and technology company called WndrCo and was the founder of Quibi, a defunct short-form mobile video platform.

Jeepers Creepers is a 2001 horror film written and directed by Victor Salva. It stars Gina Philips and Justin Long as Trish and Darry Jenner, siblings who are pursued by the Creeper, a demonic creature and mysterious serial killer portrayed by Jonathan Breck. The film takes its name from the 1938 song of the same name, which is featured in the film under a version by Paul Whiteman. Patricia Belcher and Eileen Brennan also appear in supporting roles, with Salva making a cameo appearance. 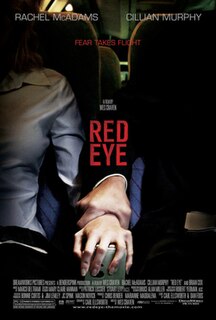 Red Eye is a 2005 American psychological thriller film directed by Wes Craven and written by Carl Ellsworth based on a story by Ellsworth and Dan Foos. The film follows a hotel manager ensnared in an assassination plot by a terrorist while aboard a red-eye flight to Miami. The film score was composed and conducted by Marco Beltrami. It was distributed by DreamWorks Pictures and was released on August 19, 2005. The film received positive reviews from critics and fans of Craven's work and was a box office success. An extended version of the film, which added previously unused footage to increase the running time, was broadcast on the ABC network several times.

The Wrecking Crew is a 1968 American spy comedy film directed by Phil Karlson and starring Dean Martin as Matt Helm, along with Elke Sommer, Sharon Tate, Nancy Kwan, Nigel Green, and Tina Louise. It is the fourth and final film in the Matt Helm series, and is loosely based on the 1960 novel of the same name by Donald Hamilton. The film opened in Canada in December 1968 before premiering in the United States in February 1969.

Feast is a 2005 American action horror comedy film directed by John Gulager, produced by Michael Leahy, Joel Soisson, Larry Tanz and Andrew Jameson. It was written by Patrick Melton and Marcus Dunstan and stars Balthazar Getty, Henry Rollins, Navi Rawat, Judah Friedlander, Jenny Wade, Gulager's father Clu Gulager, Josh Zuckerman and Jason Mewes. The story revolves around a group of people gathered inside a local bar in Nevada, where they are suddenly attacked by a horde of monstrous creatures. 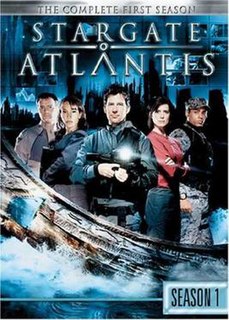 The Crazies is a 2010 American science fiction horror film directed by Breck Eisner from a screenplay from Scott Kosar and Ray Wright. The film is a remake of the 1973 film of the same name and stars Timothy Olyphant, Radha Mitchell, Joe Anderson and Danielle Panabaker. George A. Romero, who wrote and directed the original, served as an executive producer. It is about a fictional Iowa town that becomes afflicted by a biological agent that turns those infected into violent killers. The film was released on February 26 and grossed $55 million on a $20 million budget. The critical summary on Rotten Tomatoes calls it "tense, nicely shot, and uncommonly intelligent", and it received mixed reviews on Metacritic.

Jeepers Creepers 3 is a 2017 American horror film written and directed by Victor Salva and the third film in the Jeepers Creepers film series, taking place in between Jeepers Creepers and Jeepers Creepers 2. Jonathan Breck reprises his role as The Creeper. Gina Philips returns in a cameo as Trish Jenner, her first return to the series since the original film. The film was shown in theaters on September 26, 2017 in what was originally announced as a one-night-only showing and was then shown again on October 4, 2017.

The Karate Kid is a 2010 martial arts drama film directed by Harald Zwart, and part of The Karate Kid series. It stars Jaden Smith and Jackie Chan in lead roles, and it was produced by Jerry Weintraub, James Lassiter, Ken Stovitz, Will Smith and Jada Pinkett Smith. This film does not take place in the same fictional universe as the four previous Karate Kid films, but is instead a remake of the original 1984 film with the setting moved to China, and the martial art changed from karate to kung fu.

"When Worlds Collide" is the 18th episode and the season finale of the fourth season of the American television show Numbers. In the episode, two brothers, one a Federal Bureau of Investigation (FBI) Special Agent and the other a mathematician, disagree with each other on the issue of academic freedom after one of the mathematician's friends is arrested on terrorism charges. Series creators Cheryl Heuton and Nicolas Falacci, who wrote the episode, first mentioned the idea for the brothers' conflict during a season two commentary. When Heuton and Falacci wrote the episode for season four, their episode launched a story arc that was later resolved during season five.

"Thirty-Six Hours" is the eighth episode of the fifth season of the American television show Numbers. In the episode, Federal Bureau of Investigation (FBI) and mathematicians attempt to determine the cause of a fatal train accident while several agents attempt to rescue survivors. When it was originally scheduled to air as the fourth episode of the season, "Thirty-Six Hours" occurred in the middle of a story arc launched by the season four season finale. When the real-life Chatsworth train derailment occurred two weeks after filming the episode, the accident forced a revision of the script to include episodic events that occurred after the end of the story arc. 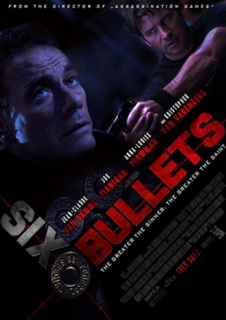 Six Bullets is a 2012 American action film directed by Ernie Barbarash, produced by Brad Krevoy and starring Jean-Claude Van Damme, Joe Flanigan, Anna-Louise Plowman, and Charlotte Beaumont. The film was released on direct-to-video in the United States on September 11, 2012.

Freya Allan is an English actress. She is best known for her role as Princess Cirilla of Cintra in the Netflix series The Witcher. She also appears as young Sam in the 2021 film Gunpowder Milkshake and as the younger version of The Widow in the AMC series Into the Badlands.

Sidney Jeanne Flanigan is an American actress and singer-songwriter. Flanigan made her acting debut with the acclaimed independent drama film Never Rarely Sometimes Always (2020), for which she received nominations for the Critics' Choice Movie Award for Best Actress and the Independent Spirit Award for Best Female Lead.