Threads is the nineteenth album by Battlefield Band and their thirteenth studio album, released in 1995 on the Temple Records label. 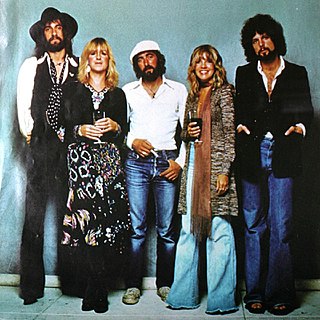 Fleetwood Mac are a British-American rock band, formed in London in 1967. They have sold more than 120 million records worldwide, making them one of the world's best-selling bands. In 1998, select members of Fleetwood Mac were inducted into the Rock and Roll Hall of Fame and received the Brit Award for Outstanding Contribution to Music. 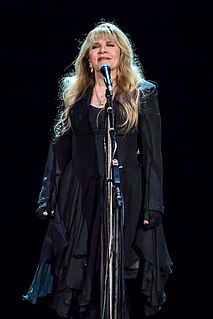 Stephanie Lynn Nicks is an American singer and songwriter. Nicks is best known for her work as a songwriter and vocalist with Fleetwood Mac, and her chart-topping solo career. She is known for her distinctive voice, mystical stage persona and poetic, symbolic lyrics. Her work both as a member of Fleetwood Mac and as a solo artist has produced over forty top 50 hits and sold over 140 million records, making her one of the best-selling music acts of all time with Fleetwood Mac. 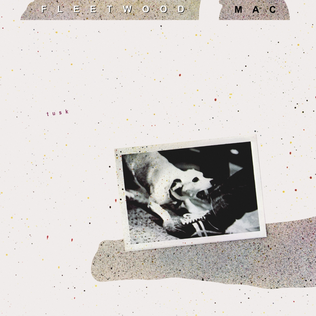 Tusk is the 12th studio album by British-American rock band Fleetwood Mac, released as a double album on 12 October 1979. It is considered more experimental than their previous albums: partly a consequence of Lindsey Buckingham's sparser songwriting arrangements and the influence of post-punk. The production costs were estimated to be over $1 million, making it the most expensive rock album recorded to that date. 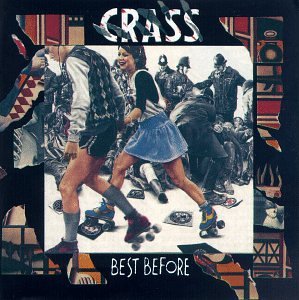 Best Before 1984 is a compilation of Crass' singles and other tracks, released in 1986, including lyrics and a booklet which details the history of the band in their own words. The album was named in reference to the notion that 1984 was the band's "'sell by date", the year that they had often publicly stated that they would split up. Indeed, the band ceased gigging and recording in that year.

POSIX Threads, usually referred to as pthreads, is an execution model that exists independently from a language, as well as a parallel execution model. It allows a program to control multiple different flows of work that overlap in time. Each flow of work is referred to as a thread, and creation and control over these flows is achieved by making calls to the POSIX Threads API. POSIX Threads is an API defined by the standard POSIX.1c, Threads extensions . 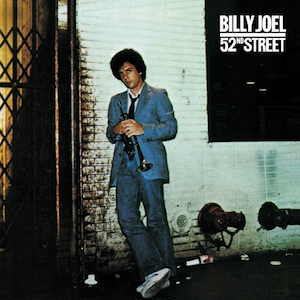 52nd Street is the sixth studio album by American singer-songwriter Billy Joel, released on Oct 12, 1978. The follow-up to his breakthrough success album, The Stranger, Joel tried to give the album a fresh sound, hiring various jazz musicians to make it feel differentiated from his previous album efforts. It was the first of four Joel albums to top the Billboard charts, and it earned him two Grammys. Three songs reached the Top 40 in the United States, contributing to the album's success: "My Life" (#3), "Big Shot" (#14), and "Honesty" (#24). It was similarly well received by critics, earning the 1979 Grammy for Album of the Year. This Grammy was presented to its producer, Phil Ramone. Upon Ramone's death, 52nd Street's Album of the Year Grammy was passed on to Joel. Additionally, the album is notable for being among the first albums commercially released on the compact disc format, reaching store shelves on October 1, 1982 in Japan. In keeping with this history, it was also the first release when Sony returned to manufacturing vinyl records in 2018.

Jonah Kirsten Sorrentino, better known by his stage name KJ-52, is a Christian rapper from Tampa, Florida. The "KJ" part of his name refers to his old rap alias, "King J. Mac," a name which he later described in one of his podcasts as "horribly cheesy." "52", which is pronounced "five two", not "fifty-two", is a reference to the Biblical story of Jesus feeding the multitude with five loaves and two fish, which is also sung about in his song "Push Up" from The Yearbook and in the "KJ Five Two" on It's Pronounced 'Five Two. He was awarded the Rap/Hip Hop Recorded Song of the Year for "Never Look Away" and Rap/Hip Hop Album of the Year at the GMA Dove Awards of 2007. On July 28, 2009, KJ-52 released "End of My Rope", which is the first single for his album Five-Two Television. His song "Dear Slim" is based on Eminem's song "Stan" and is a sort of personal message from KJ-52 to Eminem. 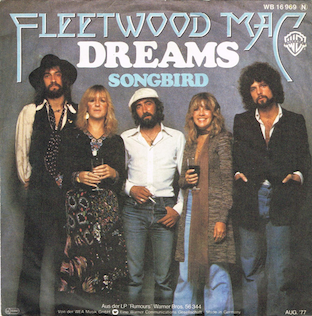 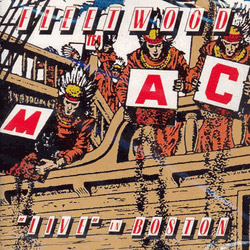 Live in Boston is a live album by British blues-rock band Fleetwood Mac. It was recorded over three nights at the Boston Tea Party venue in Boston, between 5 and 7 February 1970. The recordings were made for a proposed live album which was to have been released during 1970, but the project was shelved and the tapes remained unreleased until Shanghai Records issued seven songs from the performances as Live in Boston in February 1985. The album was reissued a few months later as Jumping at Shadows by Varrick Records and was re-released again in 1989 as Boston Live by Castle Communications. In addition, a number of other compilations featuring material dating from Fleetwood Mac's February 1970 residency at the Boston Tea Party appeared during the late 1980s and early 1990s.

The Apple Developer Tools are a suite of software tools from Apple to aid in making software dynamic titles for the macOS and iOS platforms. The developer tools were formerly included on macOS install media, but are now exclusively distributed over the Internet. As of macOS 10.12, Xcode is available as a free download from the Mac App Store.

Breakdown in Paradise is the eighth album by the Canadian rock band Chilliwack, released in December 1979. The album was originally intended to be called Road to Paradise, but the death of Mushroom Records head Shelly Siegel in January 1979 made the collapse of the label, which had released each of Chilliwack's last three albums, all but certain. In addition, after the last album three of the longstanding band members left the group, leaving only Bill Henderson and Brian MacLeod from the prior lineup. Throughout recording, the band was tinkering with its lineup, and only bass player Ab Bryant continued to appear with the group after Mushroom's collapse. 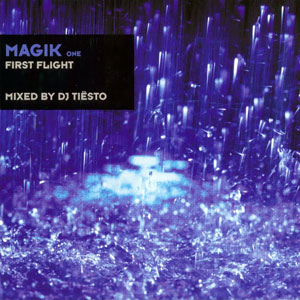 Magik One: First Flight is the first album in the Magik series by trance artist DJ Tiësto, released on September, 1997 in the Netherlands. It was re-released in 2001. As with the rest of the Magik series, the album is a live turntable mix. 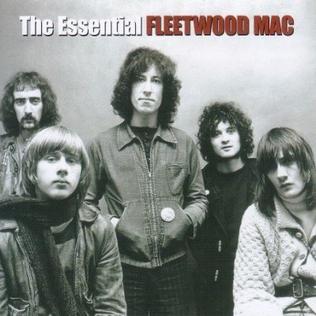 The Essential Fleetwood Mac is a comprehensive compilation of recordings from British blues rock band Fleetwood Mac's early recordings made with Blue Horizon Records. It includes most of the tracks from their first two albums Fleetwood Mac and Mr. Wonderful, plus non-album singles and a few rarities. The album is part of the ongoing Sony BMG series The Essential. The album was released in 2007. 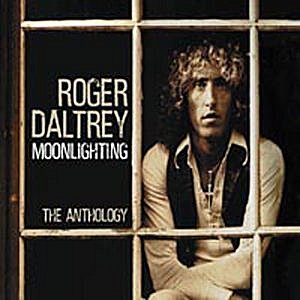 Moonlighting: The Anthology is a compilation album released by Roger Daltrey on 7 February 2005. The collection is notable for including tracks from various projects throughout his career, such as stage and film appearances, as well as a good sampling of songs from his discography. It was released on the Sanctuary label in the UK and also included "A Second Out," a previously unreleased song written by Daltrey and Steve McEwan of the band UnAmerican.

What About Me is the debut studio album by Anne Murray issued in 1968 on Arc Records. Upon its release, the album was only issued in Canada.

The Mac mini is a desktop computer made by Apple Inc. It is one of four desktop computers in the current Macintosh lineup, serving as an alternative to the all-in-one iMac, and sits below the performance range iMac Pro and Mac Pro.

Road Trips Volume 3 Number 3 is a live album by the American rock band the Grateful Dead. Recorded on May 15, 1970, and released on June 14, 2010, it was the 11th of the "Road Trips" series of albums, and the first to contain three discs instead of two. 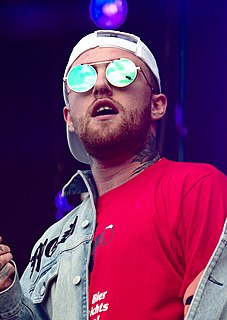 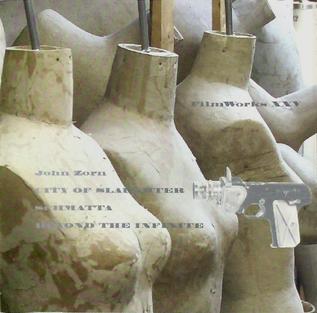 Filmworks XXV: City of Slaughter/Schmatta/Beyond the Infinite is an album of solo piano pieces composed by John Zorn and performed by Zorn, Omri Mor and Rob Burger which was recorded in New York City in 2009 and 2012 and released on the Tzadik label in January 2013. The album is rumoured to be the last in Zorn's Filmworks series.