ThreeJars, Inc. is a U.S.-based company specializing in teaching financial literacy to children aged 5 to 13 through an online allowance service. They believe it is best to teach children about money early in life, through allowance, and hands-on experience. As of 2021, ThreeJars has gone out of business due to high operational costs as stated on their site. New companies have emerged (such as Greenlight, GoHenry, and Joon for Kids) with a similar mission to take its place in helping children in roughly the same age range learn about certain life skills.

ThreeJars works like an online bank for children, but instead of cash, parents pay allowances in IOUs, representing real money. Parents decide how the allowance will be allocated to their child's SAVE, SPEND and SHARE Jars. Parents can track chores and paying projects. Earned IOUs are credited to a child's jars, but the actual cash stays with the parent. A parent's approval is required for all financial transactions. Children learn to budget, set financial goals, delay gratification, earn interest, and make charitable donations. Children track their financial choices.

ThreeJars is located in Westport, Connecticut and services the United States and Canada.

ThreeJars was founded by a husband and wife of six children: Anton Simunovic and Carlotta McClaran. The founders explain on their website:

Like most parents, my wife and I wanted our kids to lead happy, purposeful lives. But how to raise a child with a mind for managing money and a heart for helping others? Despite a career in finance, I found it hard to speak to my kids about money. While I didn't want them to feel entitled, I didn't want them to stress over money either. We all know that if you do not learn to manage money responsibly it will end up managing you. If we're lucky, we also understand that by helping others we are really helping ourselves. Both of these values are at the core of ThreeJars.[ This quote needs a citation ]

ThreeJars has partnered with several experts (including Jean Chatzky), companies (including Rogers Communications and Parents Magazine), and charities in the fields of finance, parenting, and philanthropy. Charities that may be supported by ThreeJars clients include:

ThreeJars.com has been reviewed in various publications and websites, including Consumer Reports [1] Money Crashers [2] and Yahoo Finance [3]

In general, reviewers agree that the site's independence from credit card payments is a benefit. (Children request payouts from their virtual accounts, and parents receive an alert of the request, fulfilling the request out of their own cash on hand.) However, they disliked the option of payouts in gift cards, noting that such cards limit a child's choices of how to spend their money, and often go unredeemed or partially redeemed. [1] Since the Consumer Reports review, ThreeJars has ceased to offer gift cards as a redemption option.[ citation needed ]

An individual savings account is a class of retail investment arrangement available to residents of the United Kingdom. First introduced in 1999, the accounts have favourable tax status. Payments into the account are made from after-tax income, then the account is exempt from income tax and capital gains tax on the investment returns, and no tax is payable on money withdrawn from the scheme. Cash and a broad range of investments can be held within the arrangement, and there is no restriction on when or how much money can be withdrawn. Since 2017, there have been four types of account: cash ISA, stocks & shares ISA, innovative finance ISA (IFISA) and lifetime ISA. Each taxpayer has an annual investment limit which can be split among the four types as desired. Additionally, children under 18 may hold a junior ISA, with a different annual limit.

Unschooling is an informal learning that advocates learner-chosen activities as a primary means for learning. Unschoolers learn through their natural life experiences including play, household responsibilities, personal interests and curiosity, internships and work experience, travel, books, elective classes, family, mentors, and social interaction. Often considered a lesson- and curriculum-free implementation of homeschooling, unschooling encourages exploration of activities initiated by the children themselves, believing that the more personal learning is, the more meaningful, well-understood and therefore useful it is to the child. While courses may occasionally be taken, unschooling questions the usefulness of standard curricula, fixed times at which learning should take place, conventional grading methods in standardized tests, forced contact with children in their own age group, the compulsion to do homework, regardless of whether it helps the learner in their individual situation, the effectiveness of listening to and obeying the orders of one authority figure for several hours each day, and other features of traditional schooling in the education of each unique child.

Joy Berry is an American writer and child development specialist.

Gail Vaz-Oxlade is a Jamaican-Canadian financial writer and television personality who lives in Brighton, Ontario, Canada. Vaz-Oxlade hosts the Canadian television series Til Debt Do Us Part, Princess and, most recently, Money Moron. Vaz-Oxlade is also a regular columnist for Yahoo! Canada Finance. Previously, she was a regular feature writer for The Globe and Mail, Chatelaine magazine, IE: Money and MoneySense.ca, among others. Gail most recently ventured into the divorce realm by offering financially based divorce services through Common Sense Divorce. 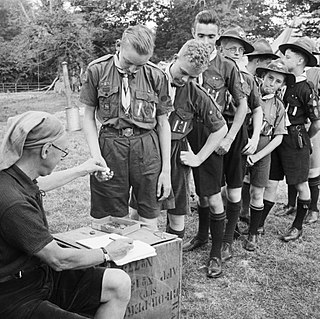 An allowance is an amount of money given or allotted usually at regular intervals for a specific purpose. In the context of children, parents may provide an allowance to their child for their miscellaneous personal spending. In the construction industry, an allowance may be an amount allocated to a specific item of work as part of an overall contract. 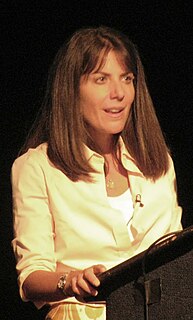 Chore charts are also called reward charts, behavior charts, chore calendars, chore lists or task lists. A chore chart is a listing used to track and organize the house work. The chart can be physical or virtual and is often a means used by parents to post chores expected of their children.

Susan Beacham, also known as “Mrs. Money”, is an American personal finance educator specializing in financial literacy for children. Her career in banking led her to found the company Money Savvy Generation. The company develops educational toys, curriculum, and resources to teach financial education to children of all ages. Through her blog, she offers financial expertise to her readers. 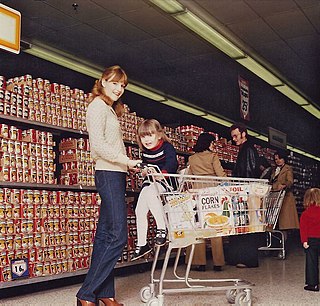 Consumer socialization is the process by which young people acquire skills, knowledge and attitudes relevant to their functioning as consumers in the marketplace. It has been argued, however, that consumer socialization occurs in the adult years as well. This field of study is a subdivision of consumer behaviour as its main focus is on how childhood and adolescent experiences affect future consumer behavior. It attempts to understand how factors such as peers, mass media, family, gender, race, and culture plays an influence in developing customer behavior.

Family Game Night is an American television game show based on Hasbro's family of board games and EA's video game franchise of the same name. The show is hosted by Todd Newton. Burton Richardson announced for the first two seasons, until he was replaced by Stacey J. Aswad for the third season, and then Andrew Kishino beginning in the fourth season. The 60-minute program debuted on October 10, 2010, on The Hub, formerly Discovery Kids. The network would become Discovery Family on October 13, 2014; it was previewed on October 9, 2010, on its sister channel, TLC. Seasons 1 and 2 each contained 26(1) and 30(2) episodes. Seasons 3, 4 and 5 each contained 15 episodes. Season two premiered on Friday, September 2, 2011, and additional games were added. The games added to the second season included Cranium Brain Breaks, Green Scream, Ratuki Go-Round, Simon Flash, Operation Sam Dunk, Trouble Pop Quiz, and Spelling Bee. However, games from the previous season were still kept.

Oink is a payment enabler that allows children to safely make purchases online or in-store while keeping parents in control of all aspects of spending.

Butterflies founded by Rita Panicker is a registered voluntary organisation working with vulnerable children, especially street and working children in Delhi since 1989. With a rights based, participatory, non-institutional approach the organisation endeavours to educate and impart life skills to vulnerable children so that they become self-reliant. 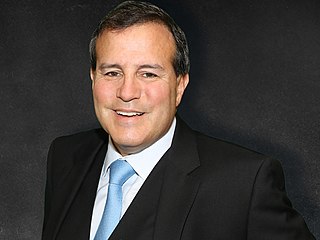 Howard Dvorkin is a CPA, author, national columnist, philanthropist, and founder of the nation's fourth-largest credit counseling agency. The chairman of Debt.com, he has advocated a cash-only lifestyle without credit cards.

Rachel Cruze is an American author who specializes on the subject of personal finance. Her book Smart Money Smart Kids, co-authored with her father, Dave Ramsey, reached number one on The New York Times Best Seller list in 2014. Her second book Love Your Life, Not Theirs: 7 Money Habits for Living the Life You Want was published in 2016.

PromotionCode.org is a coupon website that provides promotional codes and print coupons to consumers. The corporation's headquarters is in Tallahassee, Florida and it has a west coast office in Las Vegas, Nevada.