Three Arrows Cooperative Society is a cooperative summer colony located in Putnam Valley, NY. It was founded in 1936 by members of the Young People's Socialist League, from whence its name and emblem derive. [1] The Society owns 125 acres of land which comprise 75 individual home sites as well as several communal buildings and access to Barger Pond. The colony, sometimes known as Camp Three Arrows, was imbued with socialist and communitarian values and offers a wide range of cultural, educational and leisure activities. [2]

Notable Three Arrows members include author Bruno Fischer, labor leader Israel Kugler, political activist Samuel H. Friedman and poet Peretz Kaminsky. The Socialist Party of America held its annual conventions at Three Arrows [3] and the Three Arrows Social Hall is named for its perennial presidential candidate Norman Thomas, a regular visitor. Historically many Three Arrows members were active in progressive political organizations including the Arbeiter Ring, the Jewish Labor Committee and the League for Industrial Democracy as well as many aspects of the Labor Movement. The Student League for Industrial Democracy, later known as Students For A Democratic Society or SDS, held meetings at Three Arrows during the 1950s and early 60s. [4]

Three Arrows is member-run, with no paid staff other than an onsite caretaker and some teenage lifeguards during the summer months. There is an elaborate system of committees, [5] with each member expected to serve on one or more committees and perform the work required to maintain the cooperative. As in other cooperatives, members own shares in the society rather than holding title to their individual sites.

Three Arrows remains a vibrant summer community whose membership includes descendants of the founders as well as others drawn to the natural beauty of the location and active community life. [6] 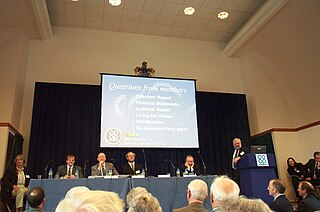 A cooperative is "an autonomous association of persons united voluntarily to meet their common economic, social, and cultural needs and aspirations through a jointly-owned enterprise". Cooperatives may include: 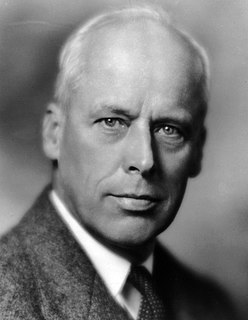 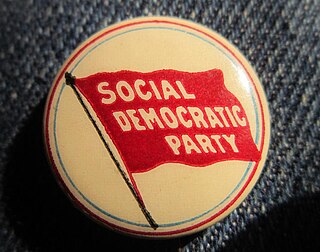 The Social Democratic Party of America (SDP) was a short-lived political party in the United States established in 1898.

The Port Huron Statement is a 1962 political manifesto of the American student activist movement Students for a Democratic Society (SDS). It was written by SDS members, and completed on June 15, 1962, at a United Auto Workers retreat in Port Huron, Michigan, for the group's first national convention.

Socialism in the United States began with utopian communities in the early 19th century such as the Shakers, the activist visionary Josiah Warren and intentional communities inspired by Charles Fourier. Labor activists, usually British, German, or Jewish immigrants, founded the Socialist Labor Party in 1877. The Socialist Party of America was established in 1901. By that time, anarchism also established itself around the country while socialists of different tendencies were involved in early American labor organizations and struggles which reached a high point in the Haymarket affair in Chicago which started International Workers' Day as the main workers holiday around the world and making the eight-hour day a worldwide objective by workers organizations and socialist parties worldwide.

A consumers' co-operative is an enterprise owned by consumers and managed democratically which aims at fulfilling the needs and aspirations of their members. They operate within the market system, independently of the state, as a form of mutual aid, oriented toward service rather than pecuniary profit. Consumers' cooperatives often take the form of retail outlets owned and operated by their consumers, such as food co-ops. However, there are many types of consumers' cooperatives, operating in areas such as health care, insurance, housing, utilities and personal finance.

The Intercollegiate Socialist Society (ISS) was a socialist student organization active from 1905 to 1921. It attracted many prominent intellectuals and writers and acted as an unofficial student wing of the Socialist Party of America. The Society sponsored lecture tours, magazines, seminars and discussion circles all over the US to propagate socialist ideas among America's college population. The group expanded into a philosophy in the 1920s that did not focus exclusively or even primarily on college students. To symbolize the shift in emphasis, the group changed its name to the League for Industrial Democracy in 1921. 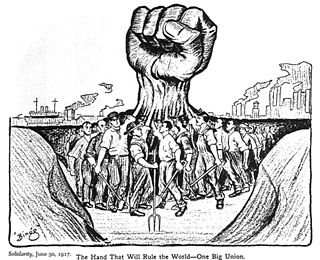 The Social Democracy of America (SDA), later known as the Cooperative Brotherhood, was a short lived political party in the United States that sought to combine the planting of an intentional community with political action in order to create a socialist society. It was an organizational forerunner of both the Socialist Party of America (SPA) and the Burley, Washington cooperative socialist colony. 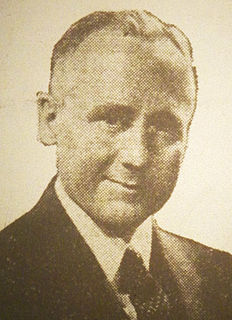 Harry Wellington Laidler was an American socialist writer, magazine editor, and politician. He is best remembered as Executive Director of the League for Industrial Democracy, successor to the Intercollegiate Socialist Society, and for his close political association with perennial Socialist Party Presidential nominee Norman Thomas. He also served a two-year term on the New York City Council.

The Young People's Socialist League (YPSL), founded in 1907, was the official youth arm of the Socialist Party of America. Its political activities tend to concentrate on increasing the voter turnout of young democratic socialists and affecting the issues impacting that demographic group.

The American Left consists of individuals and groups that have sought egalitarian changes in the economic, political, and cultural institutions of the United States. Various subgroups with a national scope are active. Liberal centrists believe equality can be accommodated into existing capitalist structures. Socialists, communists, and anarchists with international imperatives are also present within this macro-movement. Although left-wing ideologies came to the United States in the 19th century, there are no major left-wing political parties in the US. However, many elements of the American Left are affiliated with the Democratic Party.

The Intercollegiate League for Industrial Democracy was the official youth section of the League for Industrial Democracy and a de facto junior section of the Socialist Party of America during the 1920s and the first half of the 1930s. The organization merged with a student organization sponsored by the Communist Party, USA in 1935 to form the American Student Union.

Tom David Kahn was an American social democrat known for his leadership in several organizations. He was an activist and influential strategist in the Civil Rights Movement. He was a senior adviser and leader in the U.S. labor movement.

Students for a Democratic Society (SDS) was a national student activist organization in the United States during the 1960s, and was one of the principal representations of the New Left. Disdaining permanent leaders, hierarchical relationships and parliamentary procedure, the founders conceived of the organization as a broad exercise in "participatory democracy." From its launch in 1960 it grew rapidly in the course of the tumultuous decade with over 300 campus chapters and 30,000 supporters recorded nationwide by its last national convention in 1969. The organization splintered at that convention amidst rivalry between factions seeking to impose national leadership and direction, and disputing "revolutionary" positions on, among other issues, the Vietnam War and Black Power.

The League for Industrial Democracy (LID) was founded by as a successor to the Intercollegiate Socialist Society in 1921. Members decided to change its name to reflect a more inclusive and more organizational perspective.

The history of left-wing politics in the United States consists of a broad range of individuals and groups that have sought fundamental egalitarian changes. Left-wing activists in the United States have been credited with advancing social change on issues such as labor and civil rights, as well as providing critiques of capitalism.