AllMusic called Three Chord Revolution "a fine, modern-day punk rock album." [2] The Richmond Times-Dispatch called it "fast and furious rock, a little on the punk side, with the same knack for a good pop melody as legendary acts like the Ramones and the Clash." [4] 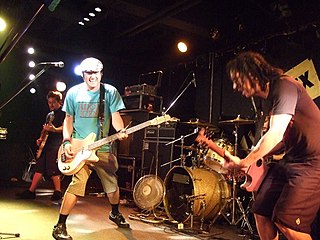 NOFX is an American punk rock band, formed in Los Angeles, California in 1983. Vocalist/bassist Fat Mike, guitarist Eric Melvin and drummer Erik Sandin are original founding and longest-serving members of the band, who have appeared on every release of the band, although Sandin departed briefly in 1985 only to rejoin the following year. El Hefe joined the band in 1991 to play lead guitar and trumpet, rounding out the current line-up. 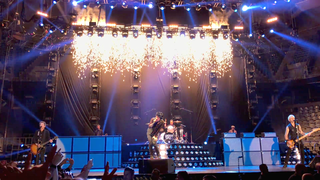 Green Day is an American rock band formed in the East Bay of California in 1987 by lead vocalist and guitarist Billie Joe Armstrong and bassist and backing vocalist Mike Dirnt. For much of the band's career, they have been a trio with a drummer Tré Cool, who replaced John Kiffmeyer in 1990 before the recording of the band's second studio album, Kerplunk (1991). Touring guitarist Jason White became a full-time member in 2012, but returned to his role as a touring member in 2016. 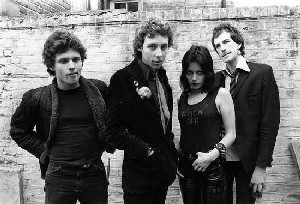 Pop punk is a rock music genre that combines the textures and fast tempos of punk rock with the melodies and chord progressions of power pop. It is distinguished from other punk-variant genres by drawing more heavily from 1960s pop rock and the music of bands such as the Beatles, the Kinks, and the Beach Boys.

Virginia's musical contribution to American culture has been diverse, and includes Piedmont blues, folk, brass, hip-hop, and rock and roll bands, as well as the founding origins of country music in the Bristol Recording sessions by Appalachian Virginians. 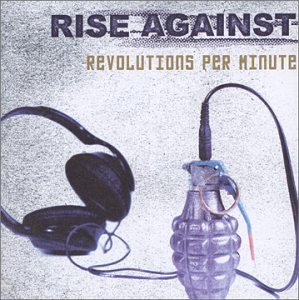 Revolutions per Minute is the second studio album by American rock band Rise Against, released on April 8, 2003, by Fat Wreck Chords. After establishing a fanbase with their 2001 debut, The Unraveling, the band members wanted to record an album that distinguished them from other Fat Wreck Chords bands of the time. They chose Bill Stevenson and Jason Livermore to produce the album, with whom they developed a strong rapport. Recording took place from November to December 2002 at The Blasting Room in Fort Collins, Colorado.

Ann Beretta is a punk rock band from Richmond, Virginia. Formed in 1996 by Rob Huddleston, Leer Baker, Chris Rupp and Russ Jones, the band plays straightforward punk with small doses of rockabilly and country mixed into their sound.

WJSR is an adult hits formatted broadcast radio station licensed to Lakeside, Virginia, serving Richmond and Petersburg in Virginia. WJSR is owned and operated by SummitMedia. The station's studios are located west of Richmond proper in unincorporated Chesterfield County, and its transmitter is located in Mechanicsville, Virginia.

Randy is a Swedish punk rock band from Hortlax, Sweden, formed in 1992. They were first inspired by skate punk bands like NOFX and Propagandhi but after the release of The Rest Is Silence and the departure of their bass player Patrik Trydvall, they radically changed their musical style and adopted an older sound reminiscent of Thin Lizzy, The Misfits and Ramones, heavily leaning on a fusion of garage punk and pop punk to form their new sound. Their first album after the transition in style, You Can't Keep a Good Band Down, earned praise from MaximumRockNRoll, which called it "the best melodic punk CD since Bad Religion's No Control." After his departure, Patrik went on to contribute lead vocals in his now-disbanded punk rock group, Diefenbaker.

Front Porch Stories is Avail's sixth studio album, released on Fat Wreck Chords in 2002. It was the band's final album.

Inquisition was an American punk rock band from Richmond, Virginia, United States. They influenced the local scene, and several members went on to form other bands such as Strike Anywhere, River City High, and Ann Beretta.

To All Our Fallen Heroes is an album by Ann Beretta. It was released in 1999 on Lookout! Records.

New Union Old Glory is an album by Ann Beretta, released in 2001 via Lookout! Records. 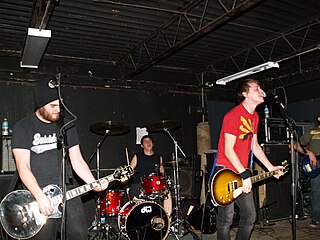 The Flatliners are a Canadian punk rock band from Richmond Hill and Brampton, Ontario, Canada. Since their formation in 2002, The Flatliners have been a growing influence in the Toronto punk/ska movement as well as other areas of the Greater Toronto Area. They are currently signed to New Damage Records (Canada). As well, they won the inaugural, annual "Best Band Ever" award given by the Edmonton Vinyl Blog DigitalIsDead. The small publication has also named their third LP, "Cavalcade" the front runner for their annual "Record Of The Year" award for 2010. Their album Dead Language was nominated for a 2014 Juno Award in the category of Metal/Hard Music Album of the Year." 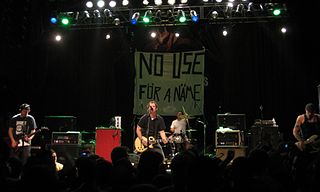 The discography of No Use for a Name, a punk rock band active from 1987 to 2012, consists of eight studio albums, one live album, two compilation albums, four EPs, one single, and seven music videos.

"Whyyawannabringmedown" is a song recorded by American rock band Aranda, from their debut studio album, Aranda (2008). Written by Dameon Aranda with co-writing and co-production by Sam Watters and Louis Biancaniello, the song was released as the album's second and final single through Astonish Entertainment on July 1, 2009.