Their best-known tracks are "Greece 2000" (originally released in 1997 by Massive Drive Recordings, with more mainstream releases on ZYX Music and Hooj Choons) and "Sunset on Ibiza". 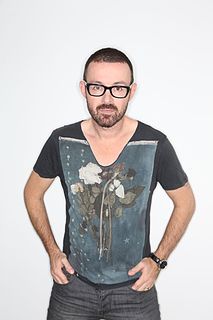 Julius O'Riordan, better known by his stage name Judge Jules, is a British dance music DJ, record producer and entertainment lawyer. He is known for his DJ activities, music production and long-running radio show which achieved global success. He was voted best DJ in the world by DJ Mag in 1995. 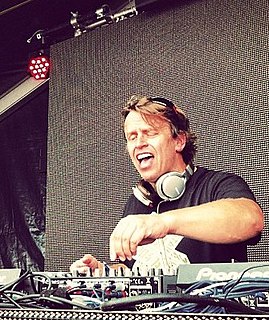 Nicholas Bracegirdle, known professionally as Chicane, is an English musician, composer, songwriter, and record producer. Among his works are singles "Offshore", an Ibiza trance anthem included in many compilations in both chill-out and dance versions; "Saltwater", which featured vocals by Clannad member Máire Brennan, and the UK number-one hit "Don't Give Up", featuring vocals by Bryan Adams, which also became a top ten hit on singles charts across Europe and Australia.

Drive-Thru Records was a California-based independent record label owned by siblings Richard and Stefanie Reines. The label was partially responsible for popularizing the pop-punk/emo sound of the early to mid-2000s. After facing financial obstacles in getting their bands' music into stores, Drive-Thru entered into a distribution deal with MCA/Universal. In 2003 MCA was dissolved and folded into Geffen Records. One of the clauses of that agreement was MCA/Geffen being able to sign any band of their choosing from Drive-Thru's roster. 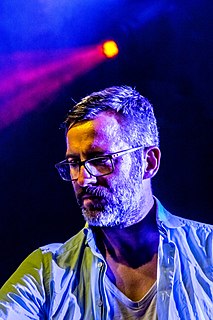 Mauro Picotto is an Italian electronic music producer and DJ, and previously a member of the Italian Euro house group "R.A.F.". He became well known as a solo artist with songs including "Komodo ", "Pulsar", "Iguana", and "Lizard". He has collaborated with other electronica/trance musicians such as Tiësto and Mario Più.

David Russell Lee is an English DJ and house music producer, formerly known by the stage name Joey Negro, which he retired in July 2020 following the George Floyd protests. He has released music under a variety of pseudonyms, including Jakatta, Doug Willis, Raven Maize, Sessomatto as well as being part of The Sunburst Band. Lee has scored a number of top 40 hits, among them "American Dream", "So Lonely" and "My Vision", all under the name Jakatta. 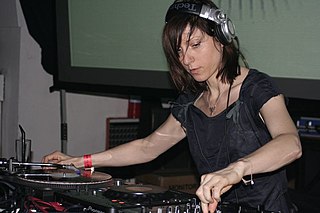 Ellen Fraatz, known professionally as Ellen Allien, is a German electronic musician, music producer, and the founder of BPitch Control music label. Her album Stadtkind was dedicated to the city of Berlin, and she cites the culture of reunified Berlin as one of the main inspirations for her music. She sings in both German and English. Her music is best described as a blend of IDM and Techno music, which is dance-floor oriented and has noticeable experimental elements. She lives in Berlin and calls it the "best city in the world."

Klubbheads is a team of dance music producers and DJs from the Netherlands. They have more than 40 aliases for their recordings, including Hi_Tack, DJ Disco and Drunkenmunky.

Signum is the name for two Dutch producers, Pascal Minnaard and Ronald Hagen. They are producers who create and remix mainly trance music. 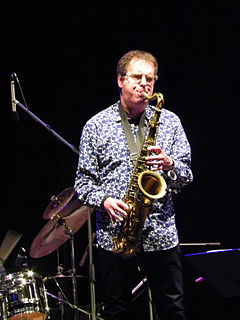 Martijn ten Velden is a Dutch house music DJ and producer from Haarlem. 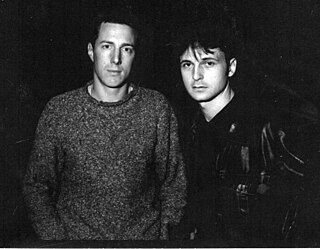 Dillon & Dickins is a dance music production group based in London, England, and one of the many aliases used by house music producers and DJs Marc Dillon and Patrick Dickins who also founded the dance record company and music publishing company Higher State. Other aliases include the commonly miss-spelt Dillon & Dickens, Dpd, 99 Allstars, Disco Biscuit, Sound Environment, Spacebase, Upstate and their more successful one, Illicit. 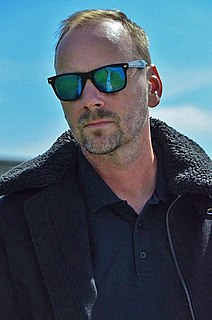 Torsten Stenzel is a German musician, songwriter, composer and producer. Classically trained from an early age his roots are within the field of Electronic Dance Music. His interest for music first started at age 5 when he received piano lessons by academic piano teacher Andre Terebesi.

The following is the discography of DJ Umek, including albums and singles.

This is the discography for British DJ Dave Lee.

Austin Harlan Leeds is an American DJ, recording artist, remixer, record producer and songwriter. Leeds has had a number of entries on the Billboard 200 and his work was mentioned in publications such as Rolling Stone and Billboard.