In the United Kingdom, its charts include ones for singles, albums and films, [3] with the data compiled from a mixture of downloads, purchases (of physical media) and streaming. The OCC produces its charts by gathering and combining sales data from retailers through market researchers Kantar, and claims to cover 99% of the singles market and 95% of the album market, and aims to collect data from any retailer who sells more than 100 chart items per week. [4]

The OCC is operated jointly by the British Phonographic Industry and the Entertainment Retailers Association (ERA) (formerly the British Association of Record Dealers (BARD)) and is incorporated as a private company limited by shares jointly owned by BPI and ERA. [5] CIN took over as compilers of the official UK charts in 1990, [1] and the company has continued in that role, as the OCC, since 1994. [2] Before then, the charts were produced by a succession of market research companies, beginning with the British Market Research Bureau (BMRB) in 1969 and Gallup in 1983. Before the production of the "official" charts, various less comprehensive charts were produced, most notably by newspaper/magazine New Musical Express (NME) which began its chart in 1952. Some of these older charts (including NME's earliest singles charts) are now part of the official OCC canon.

In 2017, the OCC made a five-year deal with the Irish Recorded Music Association (IRMA) to compile the Irish Singles Chart, Irish Albums Chart and other Irish charts on behalf of IRMA. [6]

In December 2020, [7] the OCC announced it was taking over the contract from German company GfK, in compiling the French music charts for Syndicat National de l'Édition Phonographique (SNEP)/National Union of Phonographic Producers (SCPP) with the OCC taking over on 1 January 2021.

The Official Scottish Albums Chart Top 100 [8] appears in listings on the Official Charts Company's site alongside its charts for the Republic of Ireland and Billboard's Top 20 singles and albums [9] [10] (with a link to the full Hot 100/albums 200 via billboard.com). [11]

The Scottish chart is a listing reflecting how sales towards the UK Albums Chart are faring in Scotland. Until December 2020, the OCC published a Scottish singles chart on its website as well, though this chart may only be available via the UKChartsPlus newsletter. [12] This subscription newsletter also includes the Official UK Top 100 Welsh Singles and Albums Charts, which serves the same purpose in Wales as the ones in Scotland, and the full UK Top 200 Albums chart.

The Official UK Top 200 Albums is just one of a number of 'industry only' charts not published for the general public, with others including UK Budget Album Chart (with any album including a low dealer price is excluded from the main album chart). [13] Until the OCC changed its chart rules, and brought in criteria like the three-track rule (a maximum of three singles within the Top 100 by the same artist will be chart eligible), [14] a Top 200 Singles chart was also published for people within the music industry.

The OCC also charts sales of DVDs and Blu-Rays within the United Kingdom. While its music charts are now Friday to Thursday, its video charts remain Sunday to Saturday.

In April 2015, the UK's first vinyl record chart of the modern era was launched by the Official Charts Company due to 'the huge surge of interest' in the sector. The chart was launched following the growth of the sector in the UK for the seventh year in a row. [17]

Beginning in 2017, the Official Charts Company changed its methodology for calculating the Top 40, intending to more accurately reflect the rise in music streaming. Prior to January 2017, 100 streams counted as one 'sale' of a song. From January onward, the ratio became 150:1. [21] Additionally, in June 2017, it was decided that after a record has spent at least 10 weeks on the chart, any track which has declined for three consecutive weeks will see its streams:sales ratio change from 150:1 to 300:1, in an attempt to accelerate their disappearance from the chart. [22]

In mid-2019, the company also compiled the Asian Music Chart Top 40, alongside BritAsia TV. The chart highlights UK's biggest Asian songs of the week, based on sales and streams across a seven-day period. [23] [24] [25]

In 2022, the success of Kate Bush's "Running Up That Hill" after its use in the fourth season of the Netflix series Stranger Things brought a challenge against the rules introduced in 2017. The rules were intended to prevent streaming of older songs potentially keeping them on the chart for years. This meant that Bush's song, which had been a Top 3 hit 37 years before, would have to obtain twice the streamings of Harry Styles' song "As It Was" to earn the same 'sales', despite easily being the most streamed and most downloaded song. The OCC granted a 'manual reset' in order to reflect the success of the revival of Bush's hit. [26]

As well as genre-specific and music video charts, the OCC tracks purchases (DVDs/blu-rays) and downloads of television programmes, films and sports/fitness videos [27] from a range of retailers and online sites.

As the OCC is jointly operated by the BPI and the ERA, a Chart Supervisory Committee is in place with panel of representatives from both the record industry and from retailers. Five representatives from each sector are selected, with record companies represented by the major label corporations WMG, Sony Music and UMG alongside a couple of large independents, BMG Rights Management and PIAS Group. The Chart Supervisory Committee is the body which discusses and decides on any chart rule changes, whether it be changes to physical/digital formats or with the chart ratios ACR and SCR (Accelerated Chart Ratio and Standard Chart Ratio), with representatives meeting approximately four times a year. [28]

UKChartsPlus is an independent weekly newsletter about the UK music charts. It was first published in September 2001 as ChartsPlus in order to authoritatively record the official music chart information in the United Kingdom, as compiled by the Official Charts Company. Its publication began after Hit Music which was a sister publication of Music Week ceased publication in May 2001. The new newsletter was established to be totally independent of Music Week, licensing the chart data directly from Official Charts Company and other chart providers.

The Irish Singles Chart is the Republic of Ireland's music industry standard singles popularity chart issued weekly by the Irish Recorded Music Association (IRMA) and compiled on their behalf by the Official Charts Company. Chart rankings are based on sales, which are compiled through over-the-counter retail data captured electronically each day from retailers' EPOS systems. All major record shops, digital retailers and streaming services contribute to the chart, accounting for over 95% of the market. A new chart is compiled and officially released to the public by the Irish Recorded Music Association on Friday at noon. Each chart is dated with the "week-ending" date of the previous Thursday. The singles chart was first published on 1 October 1962, and covered the top ten singles of the previous week by record label shipments.

The UK Rock & Metal Singles Chart and UK Rock & Metal Albums Chart are record charts compiled in the United Kingdom by the Official Charts Company (OCC) to determine the 40 most popular singles and albums in the rock and heavy metal genres. The two charts are compiled by the OCC from digital downloads, physical record sales and audio streams in UK retail outlets. The charts have been published on the official OCC website since 1994. Previously, the UK Rock Singles chart, sometimes called the Metal Singles chart, that was compiled by CIN, which later became OCC, was published in Hit Music from September 1992 intermittently to February 1997 and interchangeably with the Rock and Metal Albums chart and also with the Indie Chart. 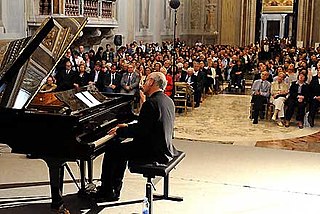 The UK Album Downloads Chart is compiled by the Official Charts on behalf of the British music industry. Since July 2015, the chart week runs from Friday to Thursday, with the chart date given as the following Thursday. The chart was introduced in April 2006 to coincide with the OCC's decision to include sales of album downloads in the UK Albums Chart. The first album to top the download chart was This New Day by Embrace.