Easy listening (sometimes known as mood music) [1] [4] is a popular music genre and radio format that was most popular during the 1950s to 1970s. [5] It is related to middle-of-the-road (MOR) music and encompasses instrumental recordings of standards, hit songs, non-rock vocals and instrumental covers of selected popular rock songs. It mostly concentrates on music that pre-dates the rock n' roll era, characteristically on music from the 1940s and 1950s. It was differentiated from the mostly instrumental beautiful music format by its variety of styles, including a percentage of vocals, arrangements and tempos to fit various parts of the broadcast day.

Easy listening music is often confused with elevator music ("Muzak"),[ not verified in body ] or lounge music, but while it was popular in some of the same venues it was meant to be listened to for enjoyment rather than as background sound.

The style has been synonymous with the tag "with strings". String instruments had been used in sweet bands in the 1930s and was the dominant sound track to movies of Hollywood's Golden Age. In the 1940s and 1950s strings had been used in jazz and popular music contexts. As examples in the jazz genre, there are the post-World War II recordings of Charlie Parker and the 1955 recordings of Clifford Brown and Helen Merrill. Early examples of practitioner in the popular context were Dinah Washington in 1951, and Jackie Gleason in 1952. In the 1950s the use of strings quickly became a main feature of the developing easy listening genre.

Gleason, a master at this genre, whose first ten albums went Gold, expressed the goal of producing "musical wallpaper that should never be intrusive, but conducive". [6]

Similarly, in 1956 John Serry Sr. sought to utilize the accordion within the context of a jazz sextet in order to create a soothing mood ideally suited for "low pressure" listening on his album Squeeze Play . [7] [8] Jerry Murad also contributed to the music, including a variety of types of harmonica.

The magazines Billboard and Record World featured easy listening singles in independently audited record charts. Generally 40 positions in length, they charted airplay on stations such as WNEW, New York City, WWEZ, Cincinnati, and KMPC, Los Angeles. Record World began their listings January 29, 1967 and ended these charts in the early 1970s. Billboard's Easy Listening chart morphed into the Adult Contemporary chart in 1979, and continues to this day. [9]

During the format's heyday in the 1960s, it was not at all uncommon for easy listening instrumental singles to reach the top of the charts on the Billboard Hot 100 (and stay there for several weeks). [10]

Beautiful music, which grew up alongside easy listening music, had rigid standards for instrumentation, e.g., few or no saxophones (at the time, the saxophone was associated with less refined styles such as jazz and rock and roll), and restrictions on how many vocal pieces could be played in an hour. The easy listening radio format has been generally, but not completely, superseded by the soft adult contemporary format. [11]

According to the Continuum Encyclopedia of Popular Music of the World, "The public prominence and profitability of easy listening [in the postwar years] led to its close association with the so-called 'Establishment' that would eventually be demonized by the rock counterculture." [12] In Christgau's Record Guide: Rock Albums of the Seventies (1981), rock critic Robert Christgau said "semiclassical music is a systematic dilution of highbrow preferences". [13]

Easy listening/lounge singers have a lengthy history stretching back to the decades of the early twentieth century. Easy listening music featured popular vocalists such as Perry Como, Frank Sinatra, Bing Crosby, Dean Martin, Tony Bennett, Dionne Warwick, Bill Kenny, Astrud Gilberto, Matt Monro, The Carpenters and many others. The somewhat derisive term lounge lizard was coined then, and less well known lounge singers have often been ridiculed as dinosaurs of past eras [14] and parodied for their smarmy delivery of standards. [15]

In the early 1990s the lounge revival was in full swing and included such groups as Combustible Edison, Love Jones, The Cocktails, Pink Martini and Nightcaps. Alternative band Stereolab demonstrated the influence of lounge with releases like Space Age Bachelor Pad Music and the Ultra-Lounge series of lounge music albums. The lounge style was a direct contradiction to the grunge music that dominated the period. [16] [17]

Rock music is a broad genre of popular music that originated as "rock and roll" in the United States in the late 1940s and early 1950s, and developed into a range of different styles in the mid-1960s and later, particularly in the United States and the United Kingdom. It has its roots in 1940s and 1950s rock and roll, a style which drew heavily from the genres of blues, rhythm and blues, and from country music. Rock music also drew strongly from a number of other genres such as electric blues and folk, and incorporated influences from jazz, classical and other musical styles. For instrumentation, rock has centered on the electric guitar, usually as part of a rock group with electric bass, drums, and one or more singers. Usually, rock is song-based music with a 4/4 time signature using a verse–chorus form, but the genre has become extremely diverse. Like pop music, lyrics often stress romantic love but also address a wide variety of other themes that are frequently social or political.

Traditional pop is Western popular music that generally pre-dates the advent of rock and roll in the mid-1950s. The most popular and enduring songs from this era of music are known as pop standards or American standards. The works of these songwriters and composers are usually considered part of the canon known as the "Great American Songbook". More generally, the term "standard" can be applied to any popular song that has become very widely known within mainstream culture. 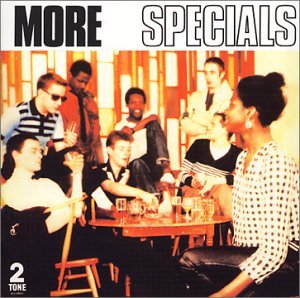 Lounge music is a type of easy listening music popular in the 1950s and 1960s. It may be meant to evoke in the listeners the feeling of being in a place, usually with a tranquil theme, such as a jungle, an island paradise or outer space. The range of lounge music encompasses beautiful music—influenced instrumentals, modern electronica, while remaining thematically focused on its retro-space-age cultural elements. The earliest type of lounge music appeared during the 1920s and 1930s, and was known as light music. In the 21st century, the term lounge music may also be used to describe the types of music played in hotels, casinos, supermarkets, several restaurants, and piano bars.

Middle of the road is a commercial radio format and popular music genre. Music associated with this term is strongly melodic and uses techniques of vocal harmony and light orchestral arrangements. The format was eventually rebranded as soft adult contemporary.

Beautiful music is a mostly instrumental music format that was prominent in American radio from the late 1950s through the 1980s. Easy listening, light music, mood music, elevator music, and Muzak are other terms that overlap with this format and the style of music that it featured. Beautiful music can also be regarded as a subset of the middle of the road radio format.

Cool for Cats is the British new wave group Squeeze's second album, released in 1979. Cool for Cats contains four UK hit singles, more than any other album the band has issued. The album peaked at number 45 in the UK Albums Chart, spending 11 weeks in that listing.

Chill-out is a loosely defined form of popular music characterized by slow tempos and relaxed moods. The definition of "chill-out music" has evolved throughout the decades, and generally refers to anything that might be identified as a modern type of easy listening. Some of the genres associated with "chill" include downtempo, classical, dance, jazz, hip hop, world, pop, lounge, and ambient.

Space music, also called spacemusic, is a subgenre of new-age music and is described as "tranquil, hypnotic and moving". It is derived from ambient music and is associated with lounge music, easy listening, and elevator music.

Caravanserai is the fourth studio album by Santana, released on October 11, 1972.

"Granada" is a song written in 1932 by Mexican composer Agustín Lara. The song is about the Spanish city of Granada and has become a standard in music repertoire. 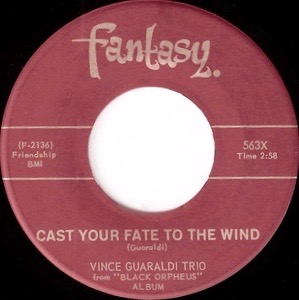 "Cast Your Fate to the Wind" is an American jazz instrumental selection by Vince Guaraldi; later, a lyric was written by Carel Werber. It won a Grammy Award for Best Original Jazz Composition in 1963.

The Midnight String Quartet were an easy listening chamber music quartet, consisting of two violins, a viola, and a cello, made up of students or graduates from the University of Southern California. They played covers and standards over several albums from 1966 to the early seventies, supplemented by a professional rhythm section, often including bass, drums and guitar and sometimes piano and harpsichord. 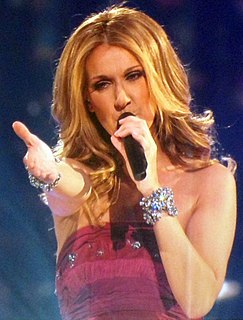 In North American music, adult contemporary music (AC) is a form of radio-played popular music, ranging from 1960s vocal and 1970s soft rock music to predominantly ballad-heavy music of the present day, with varying degrees of easy listening, pop, soul, rhythm and blues, quiet storm, and rock influence. Adult contemporary is generally a continuation of the easy listening and soft rock style that became popular in the 1960s and 1970s with some adjustments that reflect the evolution of pop/rock music.

Gone Is Love is a studio album released by Paul Mauriat and his Orchestra in 1970 on Philips LP record 600345. The title track was released as a single (Philips) 40683 which charted on the Easy Listening top-40.

Orchestral pop is pop music that has been arranged and performed by a symphonic orchestra.