The UK Independent Singles Chart and UK Independent Albums Chart are charts of the best-selling independent singles and albums, respectively, in the United Kingdom. Originally published in January 1980, [1] and widely known as the "indie chart", the relevance of the chart dwindled in the 1990s as major-label ownership blurred the boundary between independent and major labels.

In the wake of punk, small record labels began to spring up, as an outlet for artists that were unwilling to sign contracts with major record companies, or were not considered commercially attractive to those companies. By 1978, labels like Cherry Red, Rough Trade, and Mute had started up, and a support structure soon followed, including independent pressing, distribution and promotion. [2] These labels got bigger and bigger, and by 1980 were having top 10 hits in the UK Singles Chart. [2] Chart success was limited, however, since the official top 40 was based on sales at large chains and ignored significant sales at the scores of independent record shops that existed. Iain McNay of Cherry Red suggested to the weekly trade paper Record Business the idea of an independent record chart to address the problem, and the first independent chart appeared in 1980, published in Record Week, and later licensed to Sounds . [2]

The definition of whether or not a single was "indie" had depended on the distribution channel by which it was shipped [3] —the record needed to be delivered by a distribution service that was independent of the four major record companies: EMI, Sony Music Entertainment, Warner Music Group and Universal Music Group. [2] [4] In 1981, compilation of the chart switched to research company MRIB. [2] The chart served to give exposure to the independent labels and the artists on those labels. In 1985, Music Week started compiling its own indie chart, but it failed to meet the authority of the original MRIB chart, although both Sounds and Melody Maker later switched from the MRIB chart and adopted the Music Week chart instead. Other weekly music papers also published their own charts, often compiled from single record shops. [1] By 1990, the significance of the chart had been diluted by major record companies forming their own 'indie' labels, with independent distribution, in order to break new acts via exposure from the indie chart. [2] [1] [5]

To be included in the indie chart, a record had to be distributed independently of the corporate framework of the major record companies; the genre of music was irrelevant. Large independent distributors emerged such as Pinnacle and Spartan, and there later emerged The Cartel, an association of regional distributors including Rough Trade, Backs, and Red Rhino. [2]

Although the independent chart has less relevance today, The Official UK Charts Company still compiles a chart, consisting of those singles from the main chart on independent labels. [6]

The OCC's Independent Chart was significantly altered in June 2009. Its new system altered the qualification criteria to include only singles from labels that were at least fifty per cent owned by a record company that was not one of the main four record companies. [1] [7] This prevented major record companies from qualifying for the chart by outsourcing the shipping of their singles to smaller distribution services. [4] These new changes were first unveiled at the 2008 annual general meeting of the British Phonographic Industry on 9 July, [8] and the new chart went live on 29 June 2009. [9] The first song to top the chart under the new system was "Bonkers" by Dizzee Rascal, which also made it to No. 1 in the main UK Singles Chart.

Also during the 2000s and 2010s, many indie rock/post-punk revival bands like the Kaiser Chiefs and Arctic Monkeys topped the OCC's chart; Arctic Monkeys' single "Do I Wanna Know?" reached No. 2 in the chart in June 2013 while making it to No. 11 in the main chart. 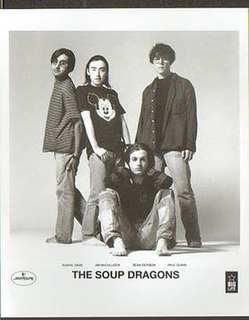 The Soup Dragons were a Scottish alternative rock band of the late 1980s and early 1990s. Named after a character in the 1970s children's television show Clangers, the group is best known for its cover of the Rolling Stones' song "I'm Free", which was a top five hit in the United Kingdom in 1990, and "Divine Thing", a Top 40 hit in the United States in 1992.

The Official Charts Company, also referred to as Official Charts is a British inter-professional organisation that compiles various "official" record charts in the United Kingdom, including the UK Singles Chart, the UK Albums Chart, the UK Singles Downloads Chart and the UK Album Downloads Chart, as well as genre-specific and music video charts. The OCC produces its charts by gathering and combining sales data from retailers through market researchers Millward Brown, and claims to cover 99% of the singles market and 95% of the album market, and aims to collect data from any retailer who sells more than 100 chart items per week. In 2017, the OCC made a deal with the Irish Recorded Music Association (IRMA) to compile the Irish Singles Chart, Irish Albums Chart and other Irish charts on behalf of IRMA. The deal will run for five years.

The Commercial Radio Chart Show is a radio programme, that was broadcast across commercial adult contemporary and contemporary hit radio stations across the United Kingdom, from 30 September 1984 to 30 December 2018. It had many different names over the years, beginning with simply The Network Chart Show in 1984 before securing sponsorship with Pepsi between 1993 and 2003 which led to the birth of The Pepsi Chart. Since then, it has been known as Hit40UK, The Big Top 40 Show, The Vodafone Freebees Big Top 40, The Vodafone Big Top 40 and, finally, The Official Vodafone Big Top 40 between October 2017 and December 2018. 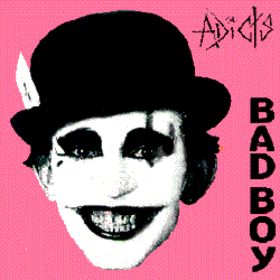 "Bad Boy" is a song by punk band the Adicts, released as a single by Razor Records in May 1983. It was released as a standard black vinyl 7-inch single and also as a 7-inch picture disc with one additional track. The single was the band's biggest hit, reaching No. 75 on the UK Singles Chart and No. 4 on the UK Independent Chart. This brought major label interest to the band, which led to their next single being released by the Warner imprint Sire Records. "Bad Boy" was included on the band's next studio album, Smart Alex, while both B-sides originally appeared on Sound of Music.

Positive Noise were a new wave and synthpop band from Scotland who had a number of indie hits in the 1980s. They released three albums and several singles and were together for over five years.

The Subway Organization was an independent music label founded in 1985 in Bristol, by Martin Whitehead.

The UK Independent Singles Breakers Chart and the UK Independent Album Breakers Chart are music charts based on UK sales of singles and albums released on independent record labels by musical artists who have never made the UK top 20. It is compiled weekly by the Official Charts Company (OCC), and is first published on their official website on Friday evenings. The chart was first launched on 29 June 2009, and, according to Martin Talbot, managing director of the OCC, would have benefited acts such as Friendly Fires and Grizzly Bear. 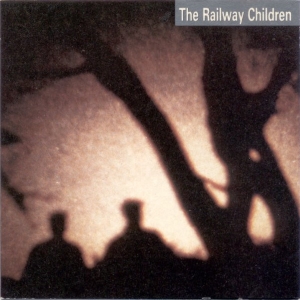 Reunion Wilderness is the debut album by English band The Railway Children, released in 1987 by record label Factory. It topped the UK Independent Albums Chart.

The Media Research Information Bureau or MRIB was a music chart research company that operated in the United Kingdom from the 1981 to 2008. It was best known for compiling the chart data for the The Network Chart Show which was broadcast by many TV and radio shows, as well as being published in many music newspapers and magazines. MRIB also compiled other genre charts for the United Kingdom.