MTV Tres (taken from the Spanish word for the number three tres, stylized as tr3s) is an American pay television network owned by ViacomCBS Domestic Media Networks, a subsidiary of ViacomCBS.

As of August 2013, MTV Tres was available to approximately 36 million pay television households (totaling 32% of households with television) in the United States. [3]

Más Música TeVe, founded in 1998, was a network distributed in the United States on pay television that aired music videos from various Latin American music styles, including salsa, cumbia, regional Mexican, and contemporary Spanish-language hits. Founded by Eduardo Caballero of Caballero Television, [7] MásMúsica TeVe carried the minimum requirements of educational and public affairs programming on weekends, and it was carried mainly on low-power television stations throughout the United States.

In December 2005, Viacom acquired MásMúsica and ten of the network's affiliated stations. The sale was closed down in January 2006. [8]

MTV Tres unofficially launched on September 4, 2006, when it became available on all subscription providers that previously carried MTV Español. On September 25, 2006, MTV Español and MásMúsica TeVe officially merged. The first program to air on the newly formed channel was the premiere of Mi TRL at 4:30 p.m. Eastern Time.

In its beginnings, MTV Tres's programming schedule was significantly more repetitive than MTV Español was in its last days. The channel aired shows such as Hola, My Name is MTV Tres, the Top 20 Countdown, Los Hits, Mis #1s, Sucker Free Latino (only running two new shows per week), Latina Factor, Mi TRL, MTV Trespass, Los Premios MTV Latinoamérica 2006 , Making the Video and Diary ; the latter two and many other programs from MTV are merely subtitled into Spanish rather than carrying re-dubbed versions. These programs were repeated for most of the day, which greatly reduced the amount of freeform music videos played on the channel. As months passed, however, the programming became more varied and diverse, with changing music video blocks airing several times in the day.

On July 12, 2010, MTV Tres dropped the MTV name from its logo and name, officially rebranding as simply Tres. [9] With the rebrand, the network expanded its programming to include additional acquired MTV programs and series from Viacom's Latin American networks. Eventually, Viacom re-sold some of the stations acquired in the Más Música deal in California and Texas back to Caballero Television, and has drawn down the amount of broadcast stations carrying the network.

Tres broadcasts on an Eastern Time schedule with one national feed for all providers.

Since 2014, MTV Tres broadcasts music videos for at least 22 hours each day (though like their sister networks NickMusic and CMT Music, the titles of the 'programs' now merely delineate an hour for electronic program guides than provide any actual video theming). Music blocks that are airing and have aired on the station are as follows:

The following music video programs were hosted by VJ's who primarily host in English:

Some reality and scripted series formerly aired on the channel, which are acquired from the flagship U.S. MTV channel (and subtitled in Spanish) as well as from MTV Latin America and Nickelodeon Latin America (which are natively broadcast in Spanish and subtitled in English for broadcast on American television). These types of programs aired for no more than three hours at a time, thus allowing more music videos to be played during the day. Some of the programs had little or nothing to do with Latino culture and possibly only aired on Tres to allow Viacom to maintain syndication rights to the programs without threatening ratings on higher-profile networks.

For a short time from July until October 2010, Tres carried a block of programming known as "Tres Jr.", which carried Spanish-language dubs of Nick Jr.'s Blue's Clues (Spanish-titled as Pistas de Blue and featuring Steve Burns-era episodes) and Wonder Pets .

Class A affiliates (and previously, former full-power affiliate KBEH-TV) carried a second feed of the network with English-language repeats of Allegra's Window and Gullah Gullah Island in order to fulfill E/I programming requirements set by the Federal Communications Commission.

Most of the broadcast stations that aired MTV Tres served communities with large Hispanic populations. Upon the merger of Más Música and MTV Tres, however, former Más Música affiliate WZXZ-CA in Orlando, Florida switched to MTV2, before affiliating with America TéVé, and WUBX-CA and WBXU-LP in the Raleigh/Durham/Fayetteville, North Carolina market ceased operations completely. Eventually Viacom let their affiliation agreements lapse with their broadcast affiliates, and those other stations have become affiliates of other networks, or ceased all operations. Viacom's carriage agreements with cable providers also often saw the Tres cable channel preferred for carriage over a local affiliate, and most stations were unable to find cable coverage with Tres programming, notwithstanding existing complications involving low-power stations and cable carriage. KVMM-CD, channel 41 of Santa Barbara, California was the only MTV Tres affiliate that still broadcast free-to-air until May, 20, 2019, as well as the only over-the-air broadcast asset that Viacom had remaining, until it was sold to HC2 Holdings on February 15, 2019. [17] 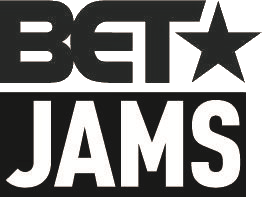 BET Jams is an American pay television network controlled by BET Networks and owned by ViacomCBS Domestic Media Networks. The channel features hip-hop and urban contemporary music videos. The network, formerly known as MTV Jams, was rebranded under the BET banner on October 5, 2015.

Warner-Amex Satellite Entertainment Company was a joint venture owned and operated by Warner Communications and American Express that developed and initiated several successful cable networks that remain well-known. The channels originated as part of the groundbreaking interactive cable television system known as QUBE.

The Box, originally named the Video Jukebox Network, was an American broadcast, cable and satellite television network that operated from 1985 to 2001. The network focused on music videos, which through a change in format in the early 1990s, were selected by viewer request via telephone; as such, unlike competing networks, the videos were not broadcast on a set rotation.

WUHQ-LD, channel 29, is a television station in Grand Rapids, Michigan. It is a Daystar owned-and-operated station.

KBEH, virtual channel 63, is a religious television station serving Los Angeles, California, United States that is licensed to Garden Grove. The station is owned by Meruelo Broadcasting as part of a duopoly with Los Angeles-licensed Spanish-language independent KWHY-TV ; the two stations share channel 4 under a channel sharing agreement. KBEH and KWHY share studios on West Pico Boulevard in the Mid-City section of Los Angeles and transmitter facilities atop Mount Harvard.

KZMM-CD is an Independent station in Fresno, California, broadcasting locally on virtual channel 22. As a Tres affiliate, The Station is owned by HC2 Holdings.

WZXZ-CD is a Class A low-powered television station affiliated with Soul of the South Network in Orlando, Florida. It is owned by L4 Media Group, and broadcasts on UHF channel 36 (analog).

KVMM-CD is a television station in Santa Barbara, California, and is owned-and-operated by HC2 Holdings and licensed to HC2 Station Group, carrying that company's Spanish-language network, Azteca América. The station broadcasts locally on digital channel 28. Currently, the station serves as an extension of HC2's "Azteca Costa Central" network of four low-powered stations, led by KSBO-CD.

KQMM-CD is a low-power Class A television station broadcasting in Santa Maria, California on channel 29. The station is affiliated with the Tr3́s television network.

MTV is a Latin American pay television network that was launched on 1 October 1993 as the Hispanic American version of MTV. It is owned by ViacomCBS Networks Americas, a subsidiary of ViacomCBS.

KGBS-CD, virtual channel 32, UHF digital channel 19, is a television station located in Austin, Texas. It is owned and operated by HC2 Holdings.

LATV is an American bilingual broadcast television network that is owned by LATV Networks, LLC. The network primarily carries a mix of original and imported music, talk and variety series aimed at Hispanic and Latino American teenagers and young adults between the ages of 13 and 35. From early on, LATV has characterized itself for featuring Latin Alternative musicians such as La Ley, Zayra Alvarez, Jaguares, Julieta Venegas, Enrique Bunbury, Ely Guerra, and Aterciopelados on its shows.

KBLM-LP was a low-power television station in Riverside and San Bernardino, broadcasting to the Riverside-San Bernardino-Ontario Metropolitan Area on UHF channel 25. Founded August 12, 1999, the station was owned by the Louis Martinez Family Group.