Standard-definition television (SDTV, SD, often shortened to standard definition) is a television system which uses a resolution that is not considered to be either high or enhanced definition. "Standard" refers to it being the prevailing specification for broadcast (and later, cable) television in the mid- to late-20th century, and compatible with legacy analog broadcast systems.

The two common SDTV signal types are 576i, with 576 interlaced lines of resolution, derived from the European-developed PAL and SECAM systems, and 480i based on the American NTSC system. Common SDTV refresh rates are 25, 29.97 and 30 frames per second. [lower-alpha 1] Both systems use a 4:3 aspect ratio.

Standards that support digital SDTV broadcast include DVB, ATSC, and ISDB. The last two were originally developed for HDTV, but are also used for their ability to deliver multiple SD video and audio streams via multiplexing. In North America, digital SDTV is broadcast in the same 4:3 aspect ratio as NTSC signals, with widescreen content often being center cut. [1] However, the aspect ratio of widescreen content may be preserved in a 4:3 frame through letterboxing. In other parts of the world that used the PAL or SECAM color systems, digital standard-definition television is now usually shown with a 16:9 aspect ratio, with the transition occurring between the mid-1990s and late-2000s depending on region. Older programs with a 4:3 aspect ratio are broadcast with a flag that switches the display to 4:3. [lower-alpha 2]

Digital SDTV eliminates the ghosting and noisy images associated with analog systems. However, if the reception has interference or is poor, where the error correction cannot compensate one will encounter various other artifacts such as image freezing, stuttering or dropouts from missing intra-frames or blockiness from missing macroblocks. [lower-alpha 3]

The table below summarizes pixel aspect ratios for the scaling of various kinds of SDTV video lines.

The pixel aspect ratio is the same for 720- and 704-pixel resolutions because the visible image (be it 4:3 or 16:9) is contained in the center 704 horizontal pixels of the digital frame. In the case of a digital video line having 720 horizontal pixels (including horizontal blanking), only the center 704 pixels contain the actual 4:3 or 16:9 image, and the 8-pixel-wide stripes on either side are called nominal analog blanking or horizontal blanking and should be discarded when displaying the image. Nominal analog blanking should not be confused with overscan, as overscan areas are part of the actual 4:3 or 16:9 image.

An SDTV image outside the constraints of the SMPTE standards requires no non-proportional scaling with 640 pixels [lower-alpha 7] for every line of the image. The display and pixel aspect ratio is generally not required with the line height defining the aspect. For widescreen 16:9, 360 lines define a widescreen image and for traditional 4:3, 480 lines define an image.

The first American standard for analog television broadcast was developed by National Television System Committee (NTSC) in 1941. In 1961, it was assigned the designation System M. 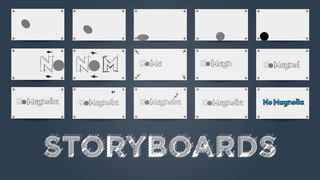 Advanced Television Systems Committee (ATSC) standards are an American set of standards for digital television transmission over terrestrial, cable and satellite networks. It is largely a replacement for the analog NTSC standard and, like that standard, is used mostly in the United States, Mexico, Canada, and South Korea. Several former NTSC users, such as Japan, have not used ATSC during their digital television transition, because they adopted other systems such as ISDB developed by Japan, and DVB developed in Europe, for example.

480p is the shorthand name for a family of video display resolutions. The p stands for progressive scan, i.e. non-interlaced. The 480 denotes a vertical resolution of 480 pixels, usually with a horizontal resolution of 1920 pixels and 4:3 aspect ratio or a horizontal resolution of 854 or less pixels for an approximate 16:9 aspect ratio. Since a pixel count must be a whole number, in Wide VGA displays it is generally rounded up to 854 to ensure inclusion of the entire image. The frames are displayed progressively as opposed to interlaced. 480p was used for many early plasma televisions. Standard definition has always been a 4:3 aspect ratio with a pixel resolution of 720 × 480 at 60 Hz for NTSC regions, and 720 or 768 × 576 for PAL regions. However, standard definition defines a 15.7k Hz horizontal scanrate, which means that interlacing has to be used for those resolution modes. The lowercase letter "p" in 480p stands for progressive, so the two must not be confused.

1080i is a combination of frame resolution and scan type. 1080i is used in high-definition television (HDTV) and high-definition video. The number "1080" refers to the number of horizontal lines on the screen. The "i" is an abbreviation for "interlaced"; this indicates that only the even lines, then the odd lines of each frame are drawn alternately, so that only half the number of actual image frames are used to produce video. A related display resolution is 1080p, which also has 1080 lines of resolution; the "p" refers to progressive scan, which indicates that the lines of resolution for each frame are "drawn" on the screen in sequence.

480i is the video mode used for standard-definition digital television in the Caribbean, Japan, South Korea, Taiwan, Philippines, Laos, Western Sahara, and most of the Americas. The 480 identifies a vertical resolution of 480 lines, and the i identifies it as an interlaced resolution. The field rate, which is 60 Hz, is sometimes included when identifying the video mode, i.e. 480i60; another notation, endorsed by both the International Telecommunication Union in BT.601 and SMPTE in SMPTE 259M, includes the frame rate, as in 480i/30. The other common standard definition digital standard, used in the rest of the world, is 576i. It originated from the need for a standard to digitize analog TV and is now used for digital TV broadcasts and home appliances such as game consoles and DVD disc players.

Overscan is a behaviour in certain television sets, in which part of the input picture is cut off by the visible bounds of the screen. It exists because cathode-ray tube (CRT) television sets from the 1930s to the early 2000s were highly variable in how the video image was positioned within the borders of the screen. It then became common practice to have video signals with black edges around the picture, which the television was meant to discard in this way.

Nominal analogue blanking is the outermost part of the overscan of a standard definition digital television image. It consists of a gap of black pixels at the left and right sides, which correspond to the end and start of the horizontal blanking interval: the front porch at the right side, and the back porch at the left side. Digital television ordinarily contains 720 pixels per line, but only 702 (PAL) to 704 (NTSC) of them contain picture content. The location is variable, since analogue equipment may shift the picture sideways in an unexpected amount or direction. 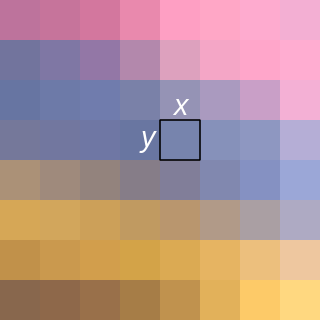 MUSE, commercially known as Hi-Vision was a Japanese analog HDTV system, with design efforts going back to 1979.

The technology of television has evolved since its early days using a mechanical system invented by Paul Gottlieb Nipkow in 1884. Every television system works on the scanning principle first implemented in the rotating disk scanner of Nipkow. This turns a two-dimensional image into a time series of signals that represent the brightness and color of each resolvable element of the picture. By repeating a two-dimensional image quickly enough, the impression of motion can be transmitted as well. For the receiving apparatus to reconstruct the image, synchronization information is included in the signal to allow proper placement of each line within the image and to identify when a complete image has been transmitted and a new image is to follow.