G-Music Limited is a company built in 2002 by Rose Records and Tachung Records, [1] both are the largest local music retails and wholesale chains in Taiwan. The physical retail arms have been kept separate, for different customer bases and brand identity, but the e-retailing, wholesale and distributor business is unified as Rose Tachung Records.

The G-Music Chart was first officially published on July 7, 2005, and compiled the top physically sold CD releases in Taiwan (including both albums and physically released singles). Only the top 20 positions are published, and instead of sales, a percentage ranking is listed next to each release. For example, in the 52nd week of 2006, Born to Love , ranked at number one, sold 25.46% of the CDs sold in Taiwan that week. G-Music's main chart, Combo Chart (Chinese: 綜合榜 zònghé bǎng), ranks all music sales, regardless of language, country of origin or genre. The Combo Chart is defunct in 2015.

In addition to the main chart, there are eight sub-charts, and one defunct chart. All charts feature a percentage ranking, which is the percentage sold for each subcategory. All charts began on the same day as the Combo Chart, July 7, 2005. The currently operating sub-charts are:

In addition to these, a Taiwanese singles chart called the Top Chinese Chart (Chinese: 百事榜 Bǎishì bǎng, "Pepsi Chart"), also called the "Mengniu Dairy Chart" (蒙牛榜 Méngniú bǎng), was created at the start of 2006. It ranked the top songs in two different top 20 charts: one for Mainland China (内地榜單 Nèidì bǎngdān) and one combining Hong Kong and Taiwan (港臺榜單 Gǎng-tái bǎngdān). The chart was made defunct in September 2008.

Arashic is the sixth studio album of the Japanese boy band Arashi. The album was released on July 5, 2006 in Japan under their record label J Storm in two editions: a limited CD+DVD version and a regular CD version. The album was the first album of the group to be released not only in Japan, but in Hong Kong, South Korea, Taiwan and Thailand as well. In Korea, the first 10,000 copies of the album were sold out on the first day and topped the non-Korean sales charts in the third week of July.

My Other Self is Taiwanese Mandopop artist Rainie Yang's third Mandarin studio album. It was released by Sony Music Taiwan on 7 September 2007. A second edition, My Other Self (CD+DVD) was released on 18 October 2007 with a bonus DVD which contains five music videos.

A Complete: All Singles is a greatest hits album by Japanese singer Ayumi Hamasaki, released on September 10, 2008 to commemorate her tenth anniversary with Avex Trax. It compiles all of Hamasaki's singles from 1998 to 2008, with one new track. 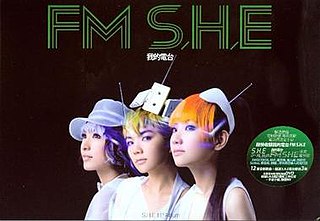 FM S.H.E is the ninth studio album by Taiwanese Mandopop girl group S.H.E. It was released on 23 September 2008 by HIM International Music in two editions: FM S.H.E and FM S.H.E which contains a bonus DVD with two music videos and behind-the-scene footage. 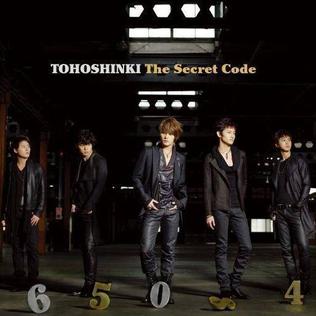 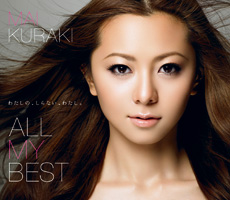 All My Best is the second greatest hits album by Japanese pop and R&B singer-songwriter, Mai Kuraki. It was released on September 9, 2009, to commemorate her tenth anniversary in the music business. The album was issued in seven formats: a regular 2CD, a limited 2CD+DVD, a limited microSD, a USB flash drive, a MiniDisc, a compact cassette and an LP album. The album debuted at the top of the Japanese Oricon weekly album chart with sales over 137,050.

Rashomon aka Lover’s Puzzle is the seventh Mandarin studio album of Taiwanese Mandopop artist Show Lo. It was released on 15 January 2010 by Gold Typhoon (Taiwan).

Only for You is Taiwanese Mandopop artist Show Lo's eighth Mandarin studio album. It was released on 18 February 2011 by Gold Typhoon (Taiwan). The album was available for preorder from 28 January 2011 in two limited editions, of 30,000 copies each with serial numbers and photobook: Only For You and Only For You . For the first time the first lead track is a ballad "拼什麼".

Alive is the fifth Korean-language extended play by South Korean group Big Bang. It was released on February 29, 2012 by YG Entertainment. Big Bang members G-Dragon and T.O.P wrote the music and lyrics, respectively, for nearly all tracks on the album. The EP had three singles—"Blue", "Fantastic Baby", and "Bad Boy". A repackaged version of the EP titled Still Alive was released on June 3, 2012, and featured the single, "Monster". Both EP versions and their singles achieved commercial success on music charts in South Korea, and the EP became the first K-pop album to chart on the United States' Billboard 200. 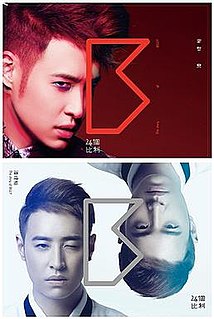 The Story of Billy is Taiwanese Mandopop artist Will Pan's ninth studio album. It was released by Universal Music Taiwan on 31 August 2012. The pre-ordering of the album began on 10 August 2012 in Taiwan and included a limited edition Rubik's Cube with each pre-order purchase. The album marked the comeback of Pan to the music scene, 19 months after the release of 808 in January 2011.

Popu Lady is a five-member Taiwanese girl group based in Taiwan. The group was formed in 2012 and is managed by HIM International Music. The name of the group stands for "popular lady", which expresses the desire of the group to gain popularity through its songs and to give a girly and mature look at the same time.

"Loser" is a song recorded by South Korean boy band Big Bang. It was made available for digital download and streaming audio on May 1, 2015 by YG Entertainment, as the first single from Made, being included in the single album M, marking the first music release for the band since Still Alive (2012). Written by T.O.P, Teddy and G-Dragon, and produced by Teddy and Taeyang, the track was acclaimed by music critics, who admired its mature concept.

"Zutter" is a single recorded by the sub-group the South Korean band Big Bang, GD & TOP. It was released digitally on August 5, 2015 by YG Entertainment, as the seventh song from Made, being included in the single album E.

Love & Live is the fifth live album by Taiwanese singer Jolin Tsai. It was released on October 9, 2009, by Warner Music Taiwan. The album chronicles Butterfly Concert at Taichung Citizen Square in Taichung, Taiwan on May 9, 2009 and Slow Life Concert at Riverside Live House in Taipei, Taiwan on May 24, 2009.

Play World Tour is the seventh live album by Taiwanese singer Jolin Tsai. It was released on January 30, 2018, by Warner Music Taiwan on DVD and Blu-ray formats. Tsai embarked on the concert tour of the same name for promotion of her thirteenth studio album, Play (2014). The performances at the Taipei Arena in Taipei, Taiwan during May 22–25, 2015 were documented for video release. The recording was directed by Leo Hsu and post-production supervised by 3 Aqua Entertainment.

The Billboard China Top 100 is the music industry standard record chart in China for local songs, compiled by Nielsen-CCData and published weekly by Billboard China. Chart rankings are based on digital sales, radio play, and online streaming in China.