International Federation of the Phonographic Industry

Last updated July 31, 2022
Organisation that represents the interests of the recording industry

The International Federation of the Phonographic Industry (IFPI) is the organisation that represents the interests of the recording industry worldwide. It is a non-profit members' organisation registered in Switzerland and founded in Italy in 1933 by Francesco Braga [1] . It operates a secretariat based in London, with regional offices in Brussels, Hong Kong, Miami, Abu Dhabi, Singapore and Nairobi.

IFPI's mission is to promote the value of recorded music, campaign for record producer rights, and expand the commercial uses of recorded music. [2] Its services to members include a legal policy programme, litigation, content protection, sales reporting for the recorded music market, insight and analysis and work in the areas of performance rights, technology and trade. [3]

IFPI is governed by its Main Board, a group including representatives from across the organisation's members (including major and independent record labels), representatives from certain IFPI National Groups and the organisation's CEO. [4] There are also two regional boards (the IFPI Asia/Pacific Regional Board and IFPI Latin America Regional Board) which oversee regional matters. [4]

Frances Moore is the current CEO. She was appointed the chief executive with a term effective from 1 July 2010. [5] She replaced John Kennedy, who had headed the organisation since 2005 and was also one of the co-producers of Live Aid and Live8. [6] She was awarded an MBE in the Queen’s Birthday Honours List in 2021 for her services to the music industry. [7]

IFPI represents the recording industry worldwide; there are some 8,000 members across IFPI and its National Group network, operating in over 70 countries and over 70 national groups, affiliated music licensing companies and IFPI offices. [2] According to its criteria, IFPI membership is open to "a legal entity or person which is either a producer of phonograms or music videos, copies of which are made available to the public in reasonable quantities", [2] though the organisation does not define "reasonable quantities".

National groups and affiliate bodies include SNEP in France; BVMI in Germany; RIAJ in Japan; BPI in the UK; RIAA in the US; ARIA in Australia; Music Canada; AMPROFON in Mexico; Recorded Music New Zealand; Promusicae in Spain; FIMI in Italy and others. [8] Record labels can be members of both their local industry body and IFPI.

Members of the international phonographic industry formed IFPI at the industry's first international congress in Rome, Italy, held from 10 to 14 November 1933. [9] IFPI described its mission as representing "the interests of the recording industry worldwide in all fora" [10] by promoting legislation and copyrights [11] and "to protect the largely British-based recording industry" by promoting a global performance right in gramophone sound recordings. [12]

The IFPI lobbied at the Rome Convention for the Protection of Performers, Producers of Phonograms and Broadcasting Organisations of 1961, which established an international standard for the protection of sound recordings, live performances and broadcasts. This convention was opposed by trade groups representing authors and composers, who were concerned that establishing such "neighbouring rights" would undermine their own control over how their works were used and would result in prohibitively expensive licensing. [13] Pressure from United States-based broadcasters who didn't want to license the records they broadcast, among other factors, kept the United States from signing the convention; the United States would not recognise a separate sound recording copyright until 1971. [14]

In an effort to combat copyright violation, in 1971, the IFPI advocated for the Convention for the Protection of Producers of Phonograms Against Unauthorized Duplication of Their Phonograms (the Geneva Phonograms Convention), which 72 countries signed. [15]

In 1986, the ISO established the International Standard Recording Code (ISRC) standard, ISO 3901. In 1989, the IFPI was designated the registration authority for ISRC codes. ISRC codes "enable the use of copyright protected recordings and works to be controlled; facilitate the distribution and collection of royalties (performances, private copying); and assist in the fight against piracy". [16]

SID codes follow a standard format consisting of the letters "IFPI" followed by four or five hexadecimal digits. A number prefaced with "L" is a "mastering code", a serial number taken from a pool assigned by Philips to the manufacturer. The mastering code identifies the Laser Beam Recorder (LBR) signal processor or mould that produced a particular stamper or a glass master disc from which moulds are produced. Non-"L" numbers are "mould codes", which identify the manufacturer that replicated the disc. Phillips assigns the first 2 or 3 digits of the mould code and the remaining digits are a serial number assigned by that plant to its moulds. [17] : 4, 7

In mid-October 2007, after IFPI let the ifpi.com domain registration lapse, ownership of the ifpi.com domain was transferred to The Pirate Bay, a group which claimed it received the domain from an anonymous donor. [18] The group set up a Website under the domain titled "International Federation of Pirates Interests", a replacement backronym for IFPI. Ownership of the domain was returned to IFPI in late November, when a WIPO arbitration panel concluded that "the Disputed Domain Name is identical or confusingly similar to a trademark in which the [IFPI] has rights" and that the Pirate Bay's representative "registered and [was] using the Disputed Domain Name in bad faith" and failed to adequately rebut IFPI's contention that he "has no rights or a legitimate interest in the Disputed Domain Name". [19] The organisation's website www.ifpi.org was unaffected during the dispute.

Launched in January 2014, [24] the IFPI Global Artist Chart was the first global chart to accurately capture the popularity of artists across streaming channels, alongside digital and physical album and singles sales. The independently verified [33] chart includes sales of albums across digital, CD and vinyl formats; singles, both downloaded and physical; and streams across the calendar year. The chart includes all the music of each artist featured, not just one track or album. It uses album equivalent units to combine measurements of downloads, physical sales and streams.

The IFPI also publishes a list of the top 10 best-performing global singles and albums each year. The most recent winners, for 2021, were The Weeknd's "Save Your Tears" [41] and Adele's 30 [42] respectively. In March 2021, the organisation introduced its newly launched Global Album All Format Chart, which ranks the best-selling albums of the year across all consumption formats, spanning physical sales, digital downloads, and streaming platforms. The winner of the inaugural chart for 2020 was BTS's Map of the Soul: 7. [43] In March 2022 IFPI launched the first ever Global Vinyl Album Chart, topped by Adele's 30. [44] 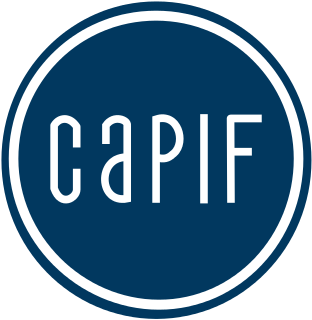 The Argentine Chamber of Phonograms and Videograms Producers is an Argentine organization member of the IFPI, which represents the music industry in the country. It is a nonprofit organization integrated by multinational and independent record labels.

The Confessions Tour is the second live album by American singer and songwriter Madonna. It was released on January 26, 2007, by Warner Bros. Records. Directed by Jonas Åkerlund, the album chronicles Madonna's 2006 Confessions Tour and includes the full version of the television broadcast special The Confessions Tour: Live from London. It was recorded at Wembley Arena during the London dates of the tour, and was released in both CD and DVD format. The DVD contains the entire concert and the CD includes thirteen live songs only. The album became the first release from Semtex Films, a production company founded by Madonna in 2006.

Asociación Mexicana de Productores de Fonogramas y Videogramas (AMPROFON) is a non-profit organization integrated by multinational and national record companies in Mexico. Established on April 3, 1963, it is a trade association of phonographic companies that represent more than 70 percent of the market in Mexico. AMPROFON is an associated member of the International Federation of the Phonographic Industry (IFPI).

The Polish Society of the Phonographic Industry is the trade organization that represents the interests of the music industry in Poland, and the Polish chapter of the International Federation of the Phonographic Industry (IFPI). Founded in 1991, it is authorized by the Polish Ministry of Culture and National Heritage to act as a copyright collective in the field of phonogram and videogram producers' rights. ZPAV publishes the Polish Music Charts and awards music recording sales certifications. It also issues the Fryderyk annual award for Polish music. 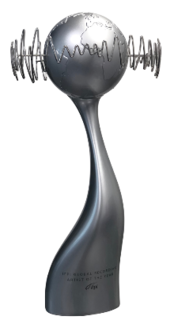 The Global Recording Artist of the Year is an award presented by the International Federation of the Phonographic Industry (IFPI) to honor the best-performing recording artist based on a total of album-equivalent units, which include music downloads, streaming and physical format sales. It has been awarded every year since January 2014, with British boy band One Direction becoming the first act to receive the accolade for 2013. This success was attributed to the band's third studio album, Midnight Memories, which became the best-selling album of the year. Taylor Swift was awarded the Global Recording Artist of 2014 following her fifth studio album, 1989. It spawned two international number-one singles, "Shake It Off" and "Blank Space".

The Unión Peruana de Productores Fonográficos (UNIMPRO) is a non-profit organization and industry trade group integrated by multinational and national record companies in Peru composed of various Peruvian corporations involved in the music industry. It was founded in 2001 and it serves as the affiliate member of the International Federation of the Phonographic Industry (IFPI) in the country since 2012 and also serves as the national ISRC agency. It is one of the three collective societies in Perú along with Asociación Peruana de Autores y Compositores (APDAYC) and Sociedad Nacional de Intérpretes y Ejecutantes de la Música (SONIEM).