Three Pieces for Solo Clarinet is a solo instrumental work by Igor Stravinsky. It was published in 1919, shortly after the completion of his Suite from L'Histoire du Soldat , as a thank-you gift to the philanthropist and arts patron Werner Reinhart, who was also an amateur clarinetist. [1] The Three Pieces is perhaps the most well-known work for unaccompanied clarinet in the repertoire. It is also notable for being one of the few clarinet solo pieces that calls for clarinets in both B♭ and A.

I (Preferably Clarinet in A)

The first piece started out as a song Stravinsky began writing in 1916. [2] It is marked "Sempre p e molto tranquillo", or "Always piano and very peaceful". The tempo is marked at  = 52, making it by far the slowest of the three pieces. It is made up of a long, plodding series of quarter and eighth notes, adorned by the occasional grace notes and often interrupted by a breath mark. The lower register of the clarinet is explored here, with many leaps going from the upper to the lower registers of the instrument. The last measure is marked "poco più f e poco più mosso", or "A little more forte and a little more motion". This last measure is to be played much quicker and at a louder dynamic so as to create a contrast with the rest of the piece. A sustained concert C ends the first piece in a long fade-out.

II (Preferably Clarinet in A)

The second piece is written in a free-form style, akin to jazz improvisation, with no time signature or bar lines. The indicated tempo is eighth note = 168, with an eighth note being treated as three sixteenth notes. The piece can be segmented into three sections. The first is a flurry of sextuplets and thirty-second notes that are extremely technically challenging. The second section is quieter and calmer, with the clarinetist playing fast eighth notes in the lower register. The third section is a recapitulation of the first, bringing back the same sextuplet patterns from earlier. The second piece also ends softly, with a sudden change from a f to p dynamic.

The third piece is inspired by the ragtime from the L'Histoire du Soldat Suite, [3] and is the only one to call for clarinet in B♭ instead of in A. With a metronome marking of = 160, the piece is characterized by much rapid syncopation and frequently shifting time signatures, made more complicated by the accents placed on certain notes. It maintains a near-constant f dynamic until the very end, where the player backs down to a softer dynamic and ending with one final grace note.

In music, the dynamics of a piece is the variation in loudness between notes or phrases. Dynamics are indicated by specific musical notation, often in some detail. However, dynamics markings still require interpretation by the performer depending on the musical context: for instance a piano (quiet) marking in one part of a piece might have quite different objective loudness in another piece, or even a different section of the same piece. The execution of dynamics also extends beyond loudness to include changes in timbre and sometimes tempo rubato.

Pascal Dusapin is a contemporary French composer born in Nancy, France. His music is marked by its microtonality, tension, and energy. 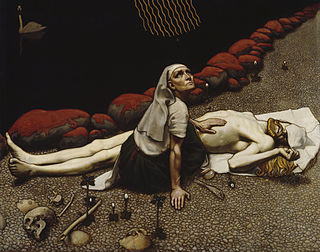 The Swan of Tuonela is an 1895 tone poem by the Finnish composer Jean Sibelius. It is part of the Lemminkäinen Suite, Op. 22, based on the Finnish mythological epic the Kalevala.

L'Histoire du soldat is a theatrical work "to be read, played, and danced" by three actors and one or several dancers, accompanied by a septet of instruments. Conceived by Igor Stravinsky and Swiss writer C. F. Ramuz, the piece was based on a Russian folk tale drawn from the collection of Alexander Afanasyev called The Runaway Soldier and the Devil.

The Symphony in C is a work by Russian expatriate composer Igor Stravinsky. 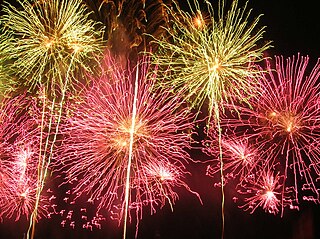 Feu d'artifice, Op. 4 is a composition by Igor Stravinsky, written in 1908 and described by the composer as a "short orchestral fantasy". It usually takes less than four minutes to perform.

Leonard Bernstein's Symphony No. 2 The Age of Anxiety is a piece for orchestra and solo piano. The piece was composed from 1948 to 1949 in the US and Israel, and was revised in 1965. It is titled after W. H. Auden's poem of the same name, and dedicated to Serge Koussevitzky.

Harold Wright was principal clarinetist of the Boston Symphony Orchestra from 1970 to 1993.

"Méditation" is a symphonic intermezzo from the opera Thaïs by French composer Jules Massenet. The piece is written for solo violin and orchestra. The opera premiered at the Opéra Garnier in Paris on March 16, 1894.

The Symphony No. 4 by Arnold Bax was completed in 1930 and dedicated to Paul Corder. It was inspired by Bax's love of the sea and premiered in 1931 by British conductor Basil Cameron and the San Francisco Symphony Orchestra.

Aaron Copland wrote the Symphony for Organ and Orchestra in 1924. It represents a major work in the composer's oeuvre, as it was his first fully realized orchestral work, his first work for organ, and the first piece whose orchestration he heard. In 1928, Copland re-orchestrated the work without organ as his Symphony No. 1, rewriting the organ part in the brass and adding saxophone.

The Clarinet Concerto is a concerto for clarinet and orchestra by the American composer Christopher Rouse. The work was commissioned for the Chicago Symphony Orchestra and its principal clarinetist Larry Combs by the Institute for American Music. It was completed December 11, 2000 and premiered May 17, 2001 at Symphony Center in Chicago with Christoph Eschenbach conducting the Chicago Symphony Orchestra. The piece is dedicated to Rouse's friend and fellow composer Augusta Read Thomas.