Three Spare Wives is a 1962 British comedy film directed by Ernest Morris and starring Susan Stephen, John Hewer, Robin Hunter. [1] It was based on a play by Talbot Rothwell. 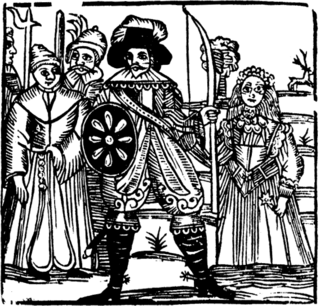 In English folklore, Herne the Hunter is a ghost associated with Windsor Forest and Great Park in the English county of Berkshire. He is said to have antlers growing from his head, ride a horse, torment cattle, and rattle chains. The earliest mention of Herne comes from William Shakespeare's 1597 play The Merry Wives of Windsor, and it is impossible to know how accurately or to what degree Shakespeare may have incorporated a real local legend into his work, though there have been several later attempts to connect Herne to historical figures, pagan deities, or ancient archetypes. 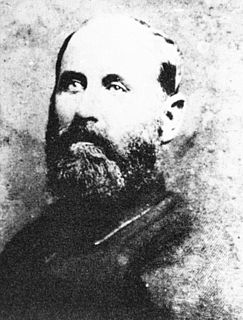 John Robert Dunn was a South African settler, hunter, and diplomat of British descent. Born in Port Alfred in 1834, he spent his childhood in Port Natal/Durban. He was orphaned as a teenager, and lived in native dress on the land near the Tugela River. His conversance with Zulu customs and language allowed his increasing influence among Zulu princes. In addition he was able to identify and exploit various opportunities for trade. He represented both colonial and Zulu interests, and rose to some influence and power when King Cetshwayo became the Zulu sovereign. He acted as Cetshwayo's secretary and diplomatic adviser and was rewarded with chieftainship, land, livestock and two Zulu virgins. In the run-up to the Zulu War, he was served with an ultimatum by the British at the same time as Cetshwayo. He had to forgo any position of neutrality and sided with the British. In the aftermath, he was allocated land in a buffer zone between the colony and Zululand. Besides his first wife Catherine, he took many Zulu women as wives and left a large Christian progeny when he died at age 60 or 61.

Charivari, shivaree, chivaree, or skimmington (ride) was a folk custom in which a mock parade was staged through a community accompanied by a discordant mock serenade. Since the crowd aimed to make as much noise as possible by beating on pots and pans or anything that came to hand these parades are often referred to as rough music. Parades were of three types. In the first, and generally most violent form, a wrongdoer or wrongdoers might be dragged from their home or place of work and paraded by force through a community. In the process they were subject to the derision of the crowd, they might be pelted and frequently a victim or victims were dunked at the end of the proceedings. A safer form involved a neighbour of the wrongdoer impersonating the victim whilst being carried through the streets. The impersonator was obviously not himself punished and he often cried out or sang ribald verses mocking the wrongdoer. In the common form, an effigy was employed instead, abused and often burnt at the end of the proceedings. 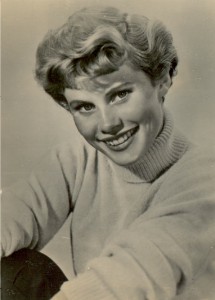 Cockle bread was an inferior type of British corn or wheat bread mixed with "cockle weed". In the 17th century a practice known as "moulding" cockle-bread had a sexual connotation. Cockle bread is also mentioned in a 19th-century nursery rhyme. 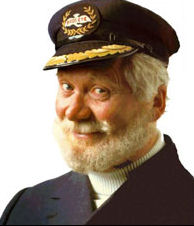 John Hewer was an English actor and business manager who became familiar with audiences for playing Captain Birdseye in ads for Birds Eye. 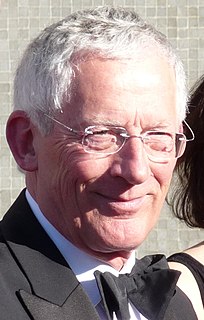 Nicholas Radbourn Hewer is an Anglo-Irish television presenter, company director (2010) and former public relations consultant. From 2005 to 2014, he appeared as Lord Sugar's adviser on the British television series The Apprentice. Since January 2012, he has presented the Channel 4 programme Countdown with Rachel Riley and Susie Dent, having taken over from Jeff Stelling. He is the fifth presenter of Countdown and the longest-serving one since original host, Richard Whiteley.

Commuter Husbands is a 1972 comedy film by noted British sexploitation director Derek Ford, and a semi sequel to his 1971 film Suburban Wives. The film was directed and written by Derek Ford, and stars Gabrielle Drake, Robin Bailey, and Claire Gordon.The film exists also in a version with hardcore inserts, but there is no suggestion that any of the credited cast did hardcore. 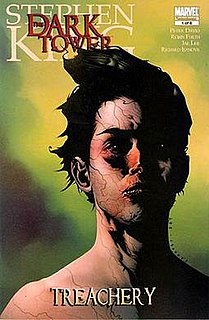 The Dark Tower: Treachery is a six-issue comic book limited series published by Marvel Comics. It is the third comic book miniseries based on Stephen King's The Dark Tower series of novels. It is plotted by Robin Furth, scripted by Peter David, and illustrated by Jae Lee and Richard Isanove. Stephen King serves as Creative and Executive Director of the project. The first issue was published on September 10, 2008.

Robin Ian Hunter was an English actor, who was also a performer and writer in musicals, music hall and comedy.

Wentbridge is a small village in the City of Wakefield district of West Yorkshire, England. It lies around 3 miles (5 km) southeast of its nearest town of size, Pontefract, close to the A1 road.

Sir John in Love is an opera in four acts by the English composer Ralph Vaughan Williams. The libretto, by the composer himself, is based on Shakespeare's The Merry Wives of Windsor and supplemented with texts by Philip Sidney, Thomas Middleton, Ben Jonson, and Beaumont and Fletcher. The music deploys English folk tunes, including "Greensleeves". Originally titled The Fat Knight, the opera premiered at the Parry Opera Theatre, Royal College of Music, London on 21 March 1929. Its first professional performance was on 9 April 1946 at Sadler's Wells Theatre. 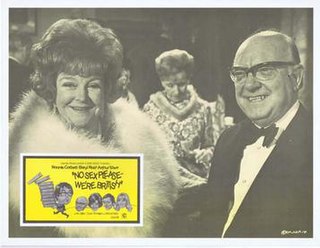 The 2010 Birthday Honours for the Commonwealth realms were announced to celebrate the Queen's Birthday on 7 June 2010 in New Zealand, on 12 June 2010 in the United Kingdom, the Bahamas, Grenada, Papua New Guinea, the Solomon Islands, Tuvalu, Saint Lucia, Saint Vincent and the Grenadines, and Antigua and Barbuda, and on 13 June 2010 in Australia. 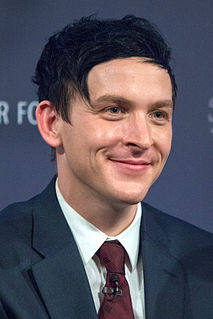 Teen Titans: The Lost Annual is a 2008 one-shot, from DC Comics, written by Bob Haney, with art by Jay Stephens and Mike Allred.

Laura Checkley is an English actress known for playing the regular character Louise throughout three series of Detectorists on BBC Four, Monica in Action Team on ITV2, and Terri King, wife of the titular character played by Tom Davis, in the BBC One sitcom King Gary. She has also appeared in guest roles on a number of other programmes including Porters, W1A and This Country.