George Denis Patrick Carlin was an American stand-up comedian, actor, author, and social critic. He was known for his black comedy and reflections on politics, the English language, psychology, religion, and various taboo subjects. He and his "seven dirty words" comedy routine were central to the 1978 U.S. Supreme Court case F.C.C. v. Pacifica Foundation, in which a 5–4 decision affirmed the government's power to regulate indecent material on the public airwaves. Widely regarded as one of the most important and influential stand-up comics of all time, Carlin was dubbed by one newspaper to be "the dean of counterculture comedians".

Brain Droppings is a 1997 book by comedian George Carlin. This was Carlin's "first real book" and contains much of Carlin's stand-up comedy material. According to the cover, the book contains "jokes, notions, doubts, opinions, questions, thoughts, beliefs, assertions, assumptions, and disturbing references" and "comedy, nonsense, satire, mockery, merriment, sarcasm, ridicule, silliness, bluster, and toxic alienation". For longtime Carlin fans, the book also contains complete versions of two of his most famous monologues, "A Place for My Stuff" and "Baseball and Football".

Napalm and Silly Putty is a 2001 book by comedian George Carlin.

It also includes about 30 pages of previously unreleased material, a portion of which later appeared on his album Life Is Worth Losing.

The paperback book comes in a cardboard slipcase.

The seven dirty words are seven English-language words that American comedian George Carlin first listed in 1972 in his monologue "Seven Words You Can Never Say on Television". The words are: shit, piss, fuck, cunt, cocksucker, motherfucker, and tits.

Scum is a 1979 British crime drama film directed by Alan Clarke and starring Ray Winstone, Mick Ford, Julian Firth and John Blundell. The film portrays the brutality of life inside a British borstal. The script was originally filmed as a television play for the BBC's Play for Today series in 1977, however due to the violence depicted, it was withdrawn from broadcast. Two years later, director Alan Clarke and scriptwriter Roy Minton remade it as a film, first shown on Channel 4 in 1983. By this time the borstal system had been reformed and eventually allowed the original TV version to be aired.

When Will Jesus Bring the Pork Chops? (2004) is the penultimate book written by George Carlin. He came up with the title because it offends three major religions. The book at first was not sold at Wal-Mart because its cover, which portrays Da Vinci's The Last Supper, depicted Carlin sitting next to the empty seat of Jesus. It is the fourth book by Carlin, the previous ones being Napalm and Silly Putty (2001), Brain Droppings (1997), and Sometimes a Little Brain Damage Can Help (1984). It was followed by the posthumous publication in 2009 of his "sortabiography" Last Words. 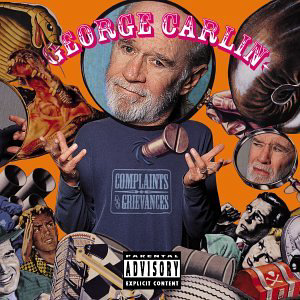 Complaints and Grievances is the 17th album and twelfth HBO stand-up special by comedian George Carlin. Its working title was I Kinda Like It When a Lot of People Die, but it was renamed following the September 11, 2001 attacks. Another possible title was The Great American Cattle Drive, according to Carlin during an interview with Coast to Coast AM in 1999. 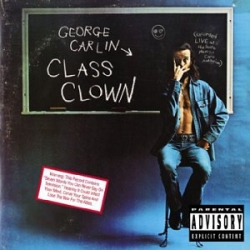 Class Clown is the fourth album released by American comedian George Carlin. It was recorded on May 27, 1972 at the Santa Monica Civic Auditorium in Santa Monica, California, and released in September.

Toledo Window Box is the sixth album released by comedian George Carlin, and the fourth on the Little David label. It was recorded on July 20, 1974 at the Paramount Theater in Oakland, California, and released in November of that year. It was also included as part of the 1999 The Little David Years box set.

An Evening With Wally Londo Featuring Bill Slaszo is the seventh album released by George Carlin, released in October 1975. It was also included as part of the 1999 The Little David Years (1971–1977) box set. 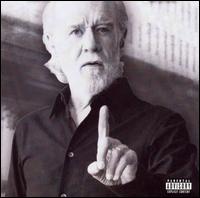 Life Is Worth Losing is the 18th album and thirteenth HBO special by American comedian George Carlin. It was recorded simultaneously with the live broadcast of the HBO special of the same title, his 13th HBO stand-up comedy special, and was his final special recorded from the Beacon Theater. The set was designed to resemble a snow-coated graveyard. It is the first project Carlin had undertaken since completing drug rehabilitation in 2005.

Occupation: Foole is the fifth album released by American comedian George Carlin. It was recorded on March 2 and 3, 1973 at the Circle Star Theater in San Carlos, California, and released in October of that year. The album was later included as part of the 1992 Classic Gold collection, and The Little David Years (1971-1977) box set in 1999.

On the Road is the eighth album released by American comedian George Carlin. It was recorded on October 3, 1976 at the Chandler Pavilion in Los Angeles, California, and released in April 1977. The album was also included as part of the 1999 The Little David Years (1971-1977) box set. 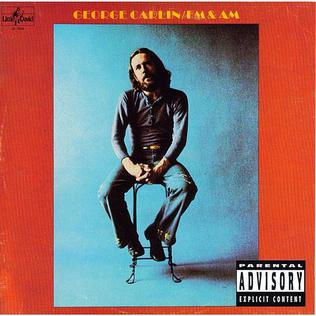 FM & AM is the third album by American comedian George Carlin. This album was originally released in 1972 on the Atlantic Records subsidiary label Little David Records, later reissued on Carlin's Eardrum Records label. It was also included as part of the 1992 Classic Gold collection, and The Little David Years (1971-1977) box set.

Playin' with Your Head is the 11th album and fifth HBO special by American comedian George Carlin.

Kenny Rankin was an American pop singer and songwriter from the Washington Heights neighborhood of New York City.

Burns and Carlin at the Playboy Club Tonight is the 1963 first and only album by the short-lived comedy duo of Jack Burns and George Carlin. The album's title is technically a slight exaggeration, because the album was actually recorded at a club named Cosmo Alley in Hollywood, California; not at the Playboy Club. It was recorded in May 1960 but was not released until 1963.

Sometimes a Little Brain Damage Can Help is the first book written by George Carlin, published in 1984. It is primarily a collection of jokes and his stand up routines. The title is a saying of Carlin's, which appears in his second book, Brain Droppings. The slogan also appears on the back of some of his concert t-shirts.

Peter Ames Carlin is an American journalist, critic and author of several books. He has written for various publications such as People magazine, The New York Times Magazine, The Los Angeles Times Magazine, and The Oregonian, and has published numerous books about music and musicians, mostly focused on rock music. 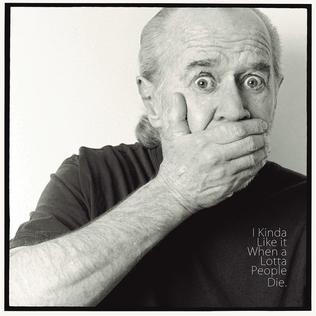 I Kinda Like It When a Lotta People Die is the 20th and final album by American stand-up comedian George Carlin, released posthumously.