The Three Tuns Brewery in Bishop's Castle, Shropshire, England was established in 1642 on its current site, making it the oldest licensed brewery site in Britain. [1] While some of the current building dates to the seventeenth century, the main building is a Victorian tower brewery erected about 1888, [2] making it one of only four brewers in the United Kingdom to use such a method to brew beer.

The brewery is Grade Two listed, described as "a rare survival of a small, working rural brewery". [2]

In January 2003, the brewery was sold to the John Roberts' Brewing Co. Ltd. [2] Owners John Russell and Bill Bainbridge refitted the brewery with modern brewing equipment whilst 150 tonnes of steel was used to uphold the structure of the tower, required because of a 20 fold increase in loadings following the brewery development project.

During 2013 the brewery was expanded to make room to facilitate more fermenting vessels, having operated at its brewing capacity of 90 brewers barrels for several years. [3] There are new plans to further develop the brewery to a capacity of 160 brewers barrels per week, which will involve excavating into the brewery foundations as The Three Tuns will never brew outside of its 17th century and Victorian buildings. [3]

In 2017, Lonely Planet described The Three Tuns Brewery as one of the best beer locations to visit across the world. [4]

As of July 2018 [update] , the brewery has six regular ales and four seasonal beers. [5] Emphasis is placed upon pale ale, with Maris Otter Malts being used frequently to achieve the pale-straw, light-tan and golden colours brewed.[ citation needed ]

Shepherd Neame is an English independent brewery founded in 1698 in Faversham, Kent, and family-owned since 1864. The brewery produces a range of cask ales and filtered beers. Production is around 210,000 brewers' barrels a year. It owns 328 pubs and hotels, predominantly in Kent, London and South East England. The company exports to more than 35 countries including India, Sweden, Italy, Brazil and Canada. 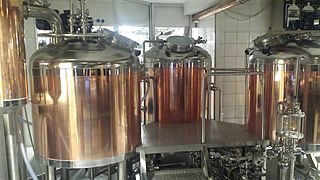 A craft brewery or microbrewery is a brewery that produces small amounts of beer, typically much smaller than large-scale corporate breweries, and is independently owned. Such breweries are generally characterized by their emphasis on quality, flavor, and brewing technique. 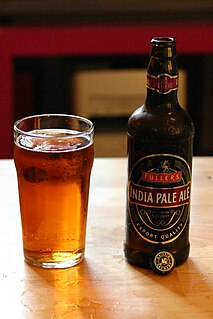 Stevens Point Brewery is a regional American brewery located in Stevens Point, Wisconsin. The brewery is the fifth-oldest continuously operating brewery and the third-oldest privately owned brewery in the nation.

Summit Brewing Company is a regional craft brewery in Saint Paul, Minnesota, United States, that brews a wide selection of popular beers. Currently the 25th largest craft brewer in the U.S., Summit Brewing Co. produced approximately 115,000 barrels of beer in 2017, with a capacity of 240,000 barrels per year. Their flagship beer, an English Pale Ale is especially popular in the Twin Cities area.

Yards Brewing Company is a craft brewery in Philadelphia, Pennsylvania, United States, specializing in ales, particularly those in the English tradition. In 1994 friends Tom Kehoe and Jon Bovit established Yards after producing their own homebrews since 1988. Within the first few months, "the Yards Guys" were producing one six-keg batch at a time out of their 3.5-barrel brewhouse, and supplying ESA, Entire Porter, and several other cask-conditioned ales to bars. After several partnership changes, Kehoe has continued expanding the Yards brand by moving to larger locations and incrementally increasing the overall output capacity. In 2015, Yards was capable of brewing 55,000 barrels. Yards is currently planning yet another expansion, which would almost effectively double their brewing capability, raising the annual production volume to 200,000 barrels.

Brewery Ommegang is a brewery located near Cooperstown, New York, that specializes in Belgian-style ales.

Boulevard Brewing Company is a brewery located in Kansas City, Missouri. The Brewers Association currently ranks the American arm of Boulevard's parent company, Duvel Moortgat USA, as the 12th largest craft brewery, and the 18th largest active brewery in the United States based on 2014 sales volume. Before the sale of Anheuser-Busch to InBev in 2008, Boulevard was the largest independent American brewery in the state of Missouri. Boulevard's beers are available in select markets across the United States and Canada. 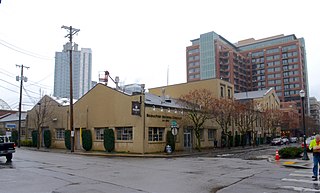 BridgePort Brewing Company was a brewery in Portland, Oregon, in the United States. It operated from 1984 until 2019. Brewery operations ceased in February 2019, and the brew pub closed March 10, 2019. 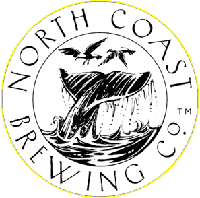 The North Coast Brewing Company is a craft brewery located in Fort Bragg, California. As of 2018, it is the 46th-largest craft brewer by annual sales volume in the United States.

Russian River Brewing Company is a brewery and brewpub in downtown Santa Rosa, California, with a second location in Windsor. The company makes strong India pale ales and sour beers. 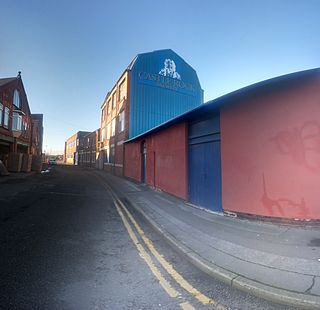 Anderson Valley Brewing Company is a brewery founded in 1987 in Boonville, California. Its name is derived from its Anderson Valley location in Mendocino County.

Odell Brewing Company is an independent craft brewery in Fort Collins, Colorado. It's the 23rd largest U.S. craft brewing company by the Brewers Association. Odell Brewing is known for their hop-forward and balanced IPAs.

Wem Brewing Company is a micro brewery in Wem Shropshire, established in 1988 that produces a range of ales.

Great Basin Brewing Co. is a brewery headquartered in Sparks, Nevada. It is Nevada's largest and oldest currently operating brewery—though not the state's longest operated. Great Basin beers are available as draught beer and in bottles at over 400 locations in Northern Nevada and the surrounding regions, including Aces Ballpark. They also serve beer at many special events, such as the Best in the West Nugget Rib Cook-off and The Great Reno Balloon Race. Growlers and kegs may be purchased or filled at any of the company's tap rooms.

A barrel-aged beer is any beer that has been aged for a period of time in a wooden barrel. Typically, these barrels once housed bourbon, whisky, wine, or, to a lesser extent, brandy, sherry, or port. There is a particular tradition of barrel ageing beer in Belgium, notably of lambic beers. The first bourbon barrel-aged beers were produced in the United States in the early 1990s.