Last updated April 15, 2021
This article is about the 1993 film directed by Yurek Bogayevicz. For the 2004 documentary film directed by Susan Kaplan, see Three of Hearts: A Postmodern Family.

Connie is desperate to win Ellen back and Joe volunteers to break Ellen's heart to convince her that heterosexual relationships are inferior to lesbian ones. The hope is that the disaster will cause her to return to Connie. Neither counts on Joe having feelings for Ellen nor expects her to discover the trick.

Boxing Helena is a 1993 American mystery thriller-horror film directed by Jennifer Lynch, and starring Sherilyn Fenn, Julian Sands and Bill Paxton. The plot follows a surgeon whose growing obsession with a woman leads him to amputate her limbs and hold her captive in his home after she suffers a car accident. The film garnered notoriety prior to its release after notorious legal battles with Madonna and Kim Basinger, both of whom backed out of the leading role of Helena. It debuted at the Sundance Film Festival in January 1993, where it received critical praise. After receiving an NC-17 rating by the MPAA, the film was given an R-rating on appeal and released in the United States in September 1993, but received critical backlash and was a financial failure.

Twin Peaks: Fire Walk with Me is a 1992 psychological horror film directed by David Lynch and written by Lynch and Robert Engels. It serves as a prequel and sequel to the television series Twin Peaks (1990–1991), created by Mark Frost and Lynch, who were also executive producers. The film revolves around the investigation into the murder of Teresa Banks and the last seven days in the life of Laura Palmer, a popular high school student in the fictional Washington town of Twin Peaks. 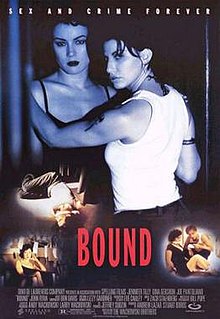 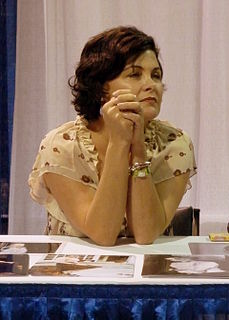 Jennifer Chambers Lynch is an American director and screenwriter. The daughter of filmmaker David Lynch, she made her directorial debut with the film Boxing Helena in 1993. Following a troubled production, the film was a critical and commercial failure, with Lynch receiving a Golden Raspberry Award for Worst Director. The negative reception to her feature debut and controversy surrounding its release led to Lynch taking a 15-year hiatus from filmmaking.

Tricia Leigh Fisher is an American actress and singer.

"Episode 6", also known as "Realization Time", is the seventh episode of the first season of the American mystery television series Twin Peaks. The episode was written by Harley Peyton, and directed by Caleb Deschanel. "Episode 6" features series regulars Kyle MacLachlan, Sherilyn Fenn and Eric Da Re, with guest appearances by Chris Mulkey and David Patrick Kelly. 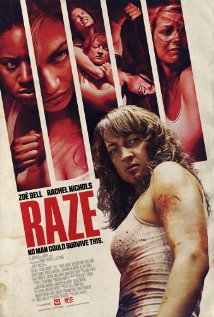 Raze is a 2013 action horror film that was directed by Josh C. Waller. The film premiered on April 21, 2013 at the Tribeca Film Festival and stars Zoë Bell and Rachel Nichols. The story focuses on women forced to fight to death for the twisted entertainment of the wealthy elite. 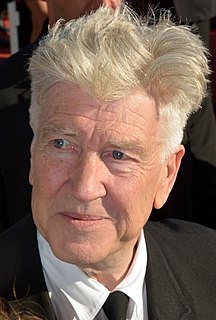 The following is a list of unproduced David Lynch projects in roughly chronological order. During his long career, American film director David Lynch has worked on a number of projects which never progressed beyond the pre-production stage under his direction. Some of these projects fell into development hell or were officially cancelled.