Threeding is an online 3D printing marketplace and community for trading and free exchange of files ready for 3D printing. The website gives sellers personal storefronts where they list their 3D-printable models and make them available for a global audience. Threeding is one of several 3D files repositories that have emerged with the fast-growing 3D printing industry. [1]

Threeding was started in 2013 by a group of students from the Bulgarian National Academy of Arts. The website quickly became very popular among CAD designers, hobbyists, and tech geeks. Significant parts of the 3D objects available at Threeding are digital copies of historical artifacts. Several Eastern European historical and archaeological museums have also opened stores and sold 3D printable models of their exhibits via Threeding. [2] [3] [4]

Threeding works in a manner similar to early eBay. In order to sell 3D printing models on Threeding, users register to create a storefront. Creating a store and uploading a product on Threeding is free, but the website charges a commission for each sale. The website does not charge anything for free sharing of 3D models. The website has integrated PayPal and the major credit cards. [5]

3D printing or additive manufacturing is the construction of a three-dimensional object from a CAD model or a digital 3D model. It can be done in a variety of processes in which material is deposited, joined or solidified under computer control, with material being added together, typically layer by layer. 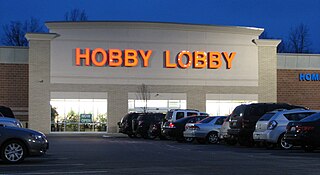 Hobby Lobby Stores, Inc., formerly Hobby Lobby Creative Centers, is an American retail company. It owns a chain of arts and crafts stores with a volume of over $5 billion in 2018. The chain has 969 stores in 47 states. A Christian-owned company, Hobby Lobby incorporates American conservative values and Christian media.

Etsy, Inc. is an American e-commerce company focused on handmade or vintage items and craft supplies. These items fall under a wide range of categories, including jewelry, bags, clothing, home décor and furniture, toys, art, as well as craft supplies and tools. Items described as vintage must be at least 20 years old. The site follows in the tradition of open craft fairs, giving sellers personal storefronts where they list their goods for a fee of US$0.20 per item.

MakerBot Industries, LLC is an American desktop 3D printer manufacturer company headquartered in New York City. It was founded in January 2009 by Bre Pettis, Adam Mayer, and Zach "Hoeken" Smith to build on the early progress of the RepRap Project. It was acquired by Stratasys in June 2013. As of April 2016, MakerBot has sold over 100,000 desktop 3D printers worldwide. Since 2009, the company has released 6 generations of 3D printers, with the latest being the Replicator+ and Replicator Mini+. It was the leader of the desktop market with an important presence in the media but its market share is in decline. MakerBot also founded and operates Thingiverse, the largest online 3D printing community and file repository. 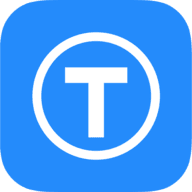 Thingiverse is a website dedicated to the sharing of user-created digital design files. Providing primarily free, open-source hardware designs licensed under the GNU General Public License or Creative Commons licenses, the site allows contributors to select a user license type for the designs that they share. 3D printers, laser cutters, milling machines and many other technologies can be used to physically create the files shared by the users on Thingiverse.

Shapeways Holdings, Inc. is a Dutch-founded, New York-based 3D printing marketplace and service, publicly traded company. Users design and upload 3D printable files, and Shapeways prints the objects for them or others. Users can have objects printed in over 55 materials and finishes, these include: plastics, precious metals, steel and food-safe ceramics, which were discontinued and have been replaced by porcelain materials. As of 2019, Shapeways printed and sold more than ten million user-created objects.

Construct is an HTML5-based 2D video game engine developed by Scirra Ltd. It is aimed primarily at non-programmers, allowing quick creation of games through visual programming. First released as a GPL-licensed DirectX 9 game engine for Microsoft Windows with Python programming on October 27, 2007, it later became proprietary software with Construct 2, as well as switching its API technology from DirectX to NW.js and HTML5, as well as removing Python and adding JavaScript support and its plugin SDK in 2012, and eventually switched to a subscription-based model as a web app.

A 3D printing marketplace is a website where users buy, sell and freely share digital 3D printable files for use on 3D printers. They sometimes also offer the ability to print the models and ship them to customers.

3DLT was a Covington, Kentucky based 3D printing marketplace for 3D printing as-a-service. Users of 3DLT designed and uploaded 3D printable files and 3DLT worked to print and sell those products. The company was formed in 2012 and ceased operations at the end of 2015.

Pinshape Inc. is an online 3D printing community and marketplace with headquarters in Vancouver, British Columbia, Canada. It allows designers to share and sell their 3D printable designs. people with 3D printers to print those designs on their own printers.

AstroPrint is a cloud platform and application marketplace designed for consumer 3D printing by 3DaGoGo Inc., a private San Diego based technology company.

Artec 3D is a developer and manufacturer of 3D scanning hardware and software. The company is headquartered in Luxembourg, with offices also in the United States, China (Shanghai) and Montenegro (Bar). Artec 3D's products and services are used in various industries, including engineering, healthcare, media and design, entertainment, education, fashion and historic preservation. In 2013, Artec 3D launched an automated full-body 3D scanning system, Shapify.me, that creates 3D portraits called “Shapies.” 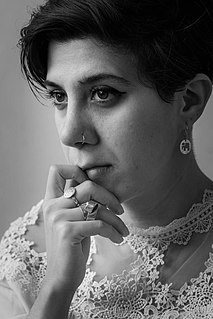 Morehshin Allahyari is an Iranian media artist, activist, and writer, based in Brooklyn, New York. Her work questions current political, socio-cultural, and gender norms, with a particular emphasis on exploring the relationship between technology, history, and art activism. Allahyari’s artworks include 3D-printed objects, video, experimental animation, web art, and publications. She is most noted for her projects Material Speculation: ISIS (2016), which is a series of 3D-printed sculptural reconstructions of ancient artifacts destroyed by ISIS (2015–2016), She Who Sees The Unknown, The 3D Additivist Manifesto and Cookbook (2015–2016). As a 2017 Research Resident at Eyebeam, Allahyari also worked on the concept of Digital Colonialism; a term she has coined since 2015. 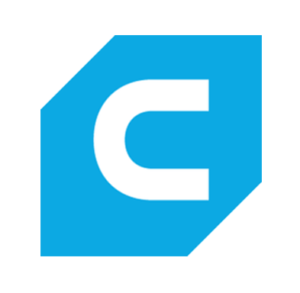 Cura is an open source slicing application for 3D printers. It was created by David Braam who was later employed by Ultimaker, a 3D printer manufacturing company, to maintain the software. Cura is available under LGPLv3 license. Cura was initially released under the open source Affero General Public License version 3, but on 28 September 2017 the license was changed to LGPLv3. This change allowed for more integration with third-party CAD applications. Development is hosted on GitHub. Ultimaker Cura is used by over one million users worldwide and handles 1.4 million print jobs per week. It is the preferred 3D printing software for Ultimaker 3D printers, but it can be used with other printers as well.

In recent years, 3D printing has developed significantly and can now perform crucial roles in many applications, with the most common applications being manufacturing, medicine, architecture, custom art and design, and can vary from fully functional to purely aesthetic applications.

OneBookShelf is a digital marketplace company for both major and indie games, fiction and comics. OneBookShelf was formed by the merger of RPGNow and DriveThruRPG. The company's e-commerce platforms host content from individual sellers, indie creators and major publishing companies such as Chaosium, Fantasy Flight Games, White Wolf, and Wizards of the Coast. In July 2022, it was announced that Roll20 will merge with OneBookShelf to become a new company.

Cults is a 3D printing marketplace allowing designers, makers and other users to share free and paid models meant for 3D printing. It is also a social network where 3D printing enthusiasts can interact.

Dora Goodman Cameras is an open source camera company in Budapest, Hungary founded by Dora Goodman. It uses 3D printing to produce open source 35mm, medium format and large format system cameras. The company sells its cameras through an online shop, as a DIY kit and fully assembled. The company was created in 2016 to personalise and customise analogue cameras. It then began making cameras from wood before switching to 3D printing to meet demand.