In microeconomics, a threshold population is the minimum number of people needed for a service to be worthwhile.

Typically a low-order shop (such as a grocer or newsagent) may require only 800 or so customers, whereas a higher-order store such as Marks and Spencer or Waitrose may need a threshold of 70,000 to be profitable, and a university may need 350,000 to be viable. [2]

Thresholds may also be linked to the spending power of customers; this is most obvious in periodic markets in poor countries, where wages are so low that people can buy the goods or services only once in a while.

Marketing refers to the process an organization undertakes to engage its target audience, build strong relationships to create value in order to capture value in return.

Sales are activities related to selling or the number of goods sold in a given targeted time period. The delivery of a service for a cost is also considered a sale. 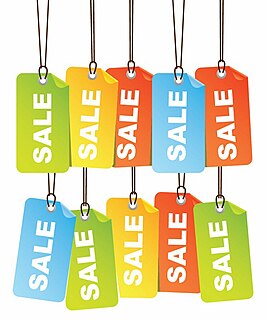 In marketing, market segmentation is the process of dividing a broad consumer or business market, normally consisting of existing and potential customers, into sub-groups of consumers based on some type of shared characteristics.

Market penetration refers to the successful selling of a product or service in a specific market. It is measured by the amount of sales volume of an existing good or service compared to the total target market for that product or service. Market penetration is the key for a business growth strategy stemming from the Ansoff Matrix (Richardson, M., & Evans, C.. H. Igor Ansoff first devised and published the Ansoff Matrix in the Harvard Business Review in 1957, within an article titled "Strategies for Diversification". The grid/matrix is utilized across businesses to help evaluate and determine the next stages the company must take in order to grow and the risks associated with the chosen strategy. With numerous options available, this matrix helps narrow down the best fit for an organization.

Mass marketing is a marketing strategy in which a firm decides to ignore market segment differences and appeal the whole market with one offer or one strategy, which supports the idea of broadcasting a message that will reach the largest number of people possible. Traditionally, mass marketing has focused on radio, television and newspapers as the media used to reach this broad audience. By reaching the largest audience possible, exposure to the product is maximized, and in theory this would directly correlate with a larger number of sales or buys into the product.

The working poor are working people whose incomes fall below a given poverty line due to low-income jobs and low familial household income. These are people who spend at least 27 weeks in a year working or looking for employment, but remain under the poverty threshold. 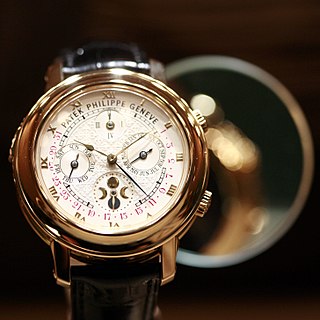 In economics, a luxury good is a good for which demand increases more than proportionally as income rises, so that expenditures on the good become a greater proportion of overall spending.

Central place theory is a geographical theory that seeks to explain the number, size and Range of Market Services in a commercial System or human settlements in a residential system. It was introduced in 1933 to explain the spatial distribution of cities across the landscape. The theory was first analyzed by German geographer Walter Christaller, who asserted that settlements simply functioned as 'central places' providing services to surrounding areas.

A choropleth map is a type of thematic map in which a set of pre-defined areas is colored or patterned in proportion to a statistical variable that represents an aggregate summary of a geographic characteristic within each area, such as population density or per-capita income.

A business can use a variety of pricing strategies when selling a product or service. To determine the most effective pricing strategy for a company, senior executives need to first identify the company's pricing position, pricing segment, pricing capability and their competitive pricing reaction strategy. Pricing strategies and tactics vary from company to company, and also differ across countries, cultures, industries and over time, with the maturing of industries and markets and changes in wider economic conditions.

The term in kind generally refers to goods, services, and transactions not involving money or not measured in monetary terms. It is a part of many spheres, mainly economics, finance, but also politics, work career, food, health and others. There are many different types of in kind actions throughout the mentioned branches, which can be identified and distinguished.

Once the strategic plan is in place, retail managers turn to the more managerial aspects of planning. A retail mix is devised for the purpose of coordinating day-to-day tactical decisions. The retail marketing mix typically consists of six broad decision layers including product decisions, place decisions, promotion, price, personnel and presentation. The retail mix is loosely based on the marketing mix, but has been expanded and modified in line with the unique needs of the retail context. A number of scholars have argued for an expanded marketing, mix with the inclusion of two new Ps, namely, Personnel and Presentation since these contribute to the customer's unique retail experience and are the principal basis for retail differentiation. Yet other scholars argue that the Retail Format should be included. The modified retail marketing mix that is most commonly cited in textbooks is often called the 6 Ps of retailing.

Home state regulation is a principle in the law of the European Union for resolving conflict of laws between Member States when dealing with cross-border selling or marketing of goods and services. The principle states that, where an action or service is performed in one country but received in another, the applicable law is the law of the country where the action or service is performed. It is also called home country control, country of origin rule, or country of origin principle. It is one possible rule of EU law, specifically of European Single Market law, that determines which laws will apply to goods or services that cross the border of Member States.

The six forces model is an analysis model used to give a holistic assessment of any given industry and identify the structural underlining drivers of profitability and competition. The model is an extension of the Porter's five forces model proposed by Michael Porter in his 1979 article published in the Harvard Business Review "How Competitive Forces Shape Strategy". The sixth force was proposed in the mid-1990s. The model provides a framework of six key forces that should be considered when defining corporate strategy to determine the overall attractiveness of an industry.

A marketing channel consists of the people, organizations, and activities necessary to transfer the ownership of goods from the point of production to the point of consumption. It is the way products get to the end-user, the consumer; and is also known as a distribution channel. A marketing channel is a useful tool for management, and is crucial to creating an effective and well-planned marketing strategy.

Direct-to-consumer (DTC) or business-to-consumer (B2C) refers to selling products directly to customers, bypassing any third-party retailers, wholesalers, or any other middlemen. DTC brands are usually sold online only and specialize in a specific product category: Casper, Warby Parker, Everlane, Harry’s, Outdoor Voices, AWAY, and Dollar Shave Club. Some direct-to-consumer brands have opened a limited number of physical retail spaces in adjunct to their main e-commerce platform in a clicks-and-mortar business model.