Thrine Kane (born May 24, 1981 in Rockville Centre, New York) is an American sport shooter. She placed 35th in the women's 50 metre rifle three positions event at the 2000 Summer Olympics. [1]

Kennedy Kane "Ken" McArthur is most noted as a track and field athlete and winner of the marathon at the 1912 Summer Olympics.

Kathleen "Kitty" McKane Godfree was a British tennis and badminton player and the most decorated female British Olympian, joint with Katherine Grainger

Winifred McNair was a female tennis player from Great Britain. She is best remembered for her women's doubles gold medal at the 1920 Olympics in Antwerp, Belgium. Between 1906 and 1925 she competed in 15 editions of the Wimbledon Championships. Her best Wimbledon result came in 1913 when she reached the final of the all-comers' event and won the doubles title, partnering Dora Boothby. 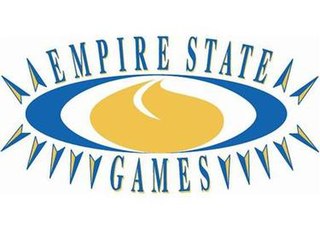 The Empire State Games are a set of annual Olympic-style competitions for amateur athletes from the state of New York, encompassing several divisions and allowing athletes of all ages to compete. It was a member of the National Congress of State Games. The games consisted of a number of competitions:

Leslie Allison Godfree was a British male tennis player who was especially successful in doubles and mixed doubles.

Patrick Timothy Kane II is an American professional ice hockey right winger and alternate captain for the Chicago Blackhawks of the National Hockey League (NHL). The Blackhawks selected him with the first overall pick in the 2007 NHL Entry Draft. Kane also represented the United States at the 2010 and 2014 Winter Olympics.

Justin Stewart Kane is a bantamweight boxer from Australia, who won the gold medal in the men's bantamweight division at the 2002 Commonwealth Games in Manchester, United Kingdom. He represented his native country at the 2000 Summer Olympics, losing in the quarterfinals to Sergey Danilchenko from Ukraine. 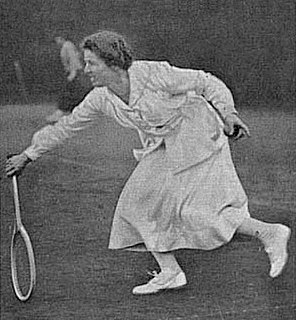 Winifred Geraldine Ramsey Beamish was an English tennis player who competed in the 1920 Summer Olympics.

Amy Lynn Rudolph is a retired American middle- and long-distance runner who competed mostly in the 5000 meters. She represented her country at two consecutive Summer Olympics, starting in 1996, as well as four World Championships. She was born in Kane, Pennsylvania.

Thailand competed at the 2014 Winter Olympics in Sochi, Russia from 7 to 23 February 2014. The Thai team consisted of two athletes, Vanessa Vanakorn and Kanes Sucharitakul, both competing in alpine skiing. This was Thailand's third appearance at a Winter Olympic Games, and their first since 2006, having missed the 2010 Winter Olympics in Vancouver, British Columbia, Canada.

Yvonne Bourgeois was a French female tennis player. She competed in the doubles event at the 1924 Summer Olympics with compatriot Marguerite Billout. They reached the semifinal in which they lost in straight sets to Phyllis Covell and Kathleen McKane. In the bronze medal match they lost to Dorothy Shepherd-Barron and Evelyn Colyer, also in straight sets.

Mark Kane is an Irish former cyclist. He competed in the team time trial at the 1992 Summer Olympics.

Kane Elliot Mark Russell is a New Zealand field hockey player who plays as a defender for Dutch club Rotterdam and the New Zealand national team.

Missy Kane is an American middle-distance runner. She competed in the women's 1500 metres at the 1984 Summer Olympics.

Charles Kane is a British boxer. He competed in the men's lightweight event at the 1988 Summer Olympics.