Look up thrive in Wiktionary, the free dictionary.

Thrive may refer to:

This disambiguation page lists articles associated with the title Thrive.
If an internal link led you here, you may wish to change the link to point directly to the intended article.

Tempest is a synonym for a storm.

Climax may refer to:

Bleach is a chemical that removes color or whitens.

Arianna Stassinopoulos Huffington is a Greek-American author, syndicated columnist and businesswoman. She is a co-founder of The Huffington Post, the founder and CEO of Thrive Global, and the author of fifteen books. She has been named to Time magazine's list of the world's 100 most influential people and the Forbes Most Powerful Women list.

Godfather most often refers to a male godparent in the Christian tradition.

A password is a word, phrase or string of characters used to gain access to a resource, such as an object, area or information.

The Way may refer to:

Fahrenheit is a temperature scale named after the physicist Daniel Gabriel Fahrenheit.

Abandon, abandoned, or abandonment may refer to:

Eternity is a term in philosophy referring to the idea of forever or to timelessness.

Salvation is the state of being saved or protected from harm or a dire situation.

A starship is a theoretical vehicle for interstellar travel.

The Resistance may refer to a resistance movement. It may also refer to:

Awaken or Awakened may refer to: 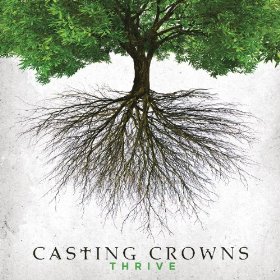 Thrive is the sixth studio album by American contemporary Christian music band Casting Crowns. Released on January 28, 2014 through Beach Street and Reunion Records, the album was produced by Mark A. Miller. Musically, the album, whose concept was inspired by Psalms 1 from the Bible, has a rock and contemporary Christian sound with influences from folk and bluegrass. The album received mostly positive reviews from music critics for its lyrics and musical diversity, but some critics felt that some songs were too similar to the work of other artists or to their own previous work.

Horror may refer to:

Thrive Global is an American company that provides behavior change technology. It was founded by Arianna Huffington in August 2016. The company is based in New York City.