Thromberg (sorbian Lubin) is a mountain of Saxony, southeastern Germany. It is situated six kilometres south-east of Bautzen and part of the Upper Lusatian mountains.

The Beaverfoot Range is a mountain range of the Canadian Rockies, located in southeastern British Columbia. The range extends from Cedared Creek near Spillimacheen north to the Kicking Horse River.

Ares del Maestrat, also known as Ares del Maestre in Spanish or simply Ares, is a municipality in the province of Castelló in the Valencian Country. It is situated near the top of the Mola d'Ares mountain, at an elevation of 1,148 m. 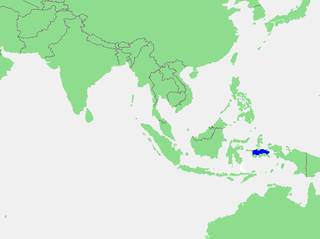 The Seram Sea or Ceram Sea is one of several small seas between the scattered islands of Indonesia. It is a section of the Pacific Ocean with an area of approximately 12,000 square kilometers located between Buru and Seram, which are two of the islands once called the South Moluccas. These islands are the native habitat of plants long coveted for their use as spices, such as nutmeg, cloves, and black peppercorns, and the seas surrounding them were busy shipping routes. The Seram Sea is also the habitat of several species of tropical goby and many other fish. Like many other small Indonesian seas, the Seram Sea is rocky and very tectonically active.

The Waputik Icefield is located on the Continental divide in the Canadian Rocky Mountains, in the provinces of British Columbia and Alberta. It is developed on the heights of the Waputik Range in the Central Main Ranges.

Lubków is a village in the administrative district of Gmina Lubin, within Lubin County, Lower Silesian Voivodeship, in south-western Poland. Prior to 1945 it was in Germany.

Tomaszówek is a village in the administrative district of Gmina Sławno, within Opoczno County, Łódź Voivodeship, in central Poland. It lies approximately 7 kilometres (4 mi) north of Sławno, 13 km (8 mi) north-west of Opoczno, and 60 km (37 mi) south-east of the regional capital Łódź.

Borowiecko is a village in the administrative district of Gmina Dobryszyce, within Radomsko County, Łódź Voivodeship, in central Poland. It lies approximately 4 kilometres (2 mi) south-east of Dobryszyce, 8 km (5 mi) north of Radomsko, and 73 km (45 mi) south of the regional capital Łódź.

Lipie is a village in the administrative district of Gmina Mokrsko, within Wieluń County, Łódź Voivodeship, in central Poland. It lies approximately 14 kilometres (9 mi) south-west of Wieluń and 101 km (63 mi) south-west of the regional capital Łódź.

Wola Orzeszowska is a village in the administrative district of Gmina Miedzna, within Węgrów County, Masovian Voivodeship, in east-central Poland. It lies approximately 4 kilometres (2 mi) south-east of Miedzna, 10 km (6 mi) north-east of Węgrów, and 82 km (51 mi) east of Warsaw.

Pipari is a village development committee in Kapilvastu District in the Lumbini Zone of southern Nepal. At the time of the 1991 Nepal census it had a population of 1872 people living in 303 individual households. 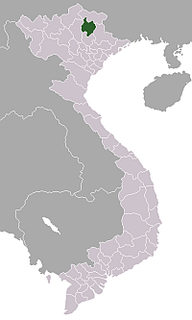 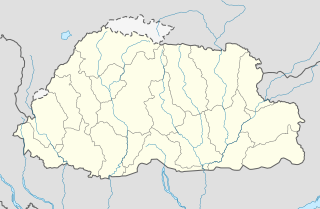 This is a list of the extreme points of Bhutan.