Through Hell to Heaven

Through Hell to Heaven is the debut album of American hard rock band The Crying Spell.

All tracks written by Hotrum/Snyder, except where noted. The EP's track list can be obtained from Allmusic. [2]

All tracks written by Hotrum/Snyder, except where noted. The album's track listing can be obtained from Allmusic. [1]

The album's credits and personnel can be obtained from Allmusic. [3] [4] 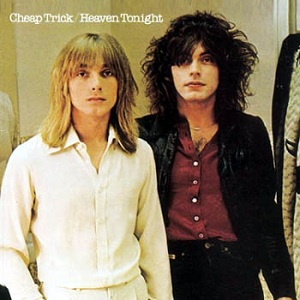 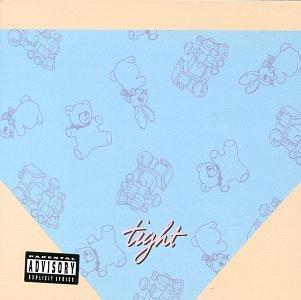 Tight is the debut studio album by the American rock band Mindless Self Indulgence. The album was originally released on April 20, 1999 through Uppity Cracker Recording Group. After having been out of print for many years, the album was reissued as Tighter on April 26, 2011 through The End Records. The reissue features updated artwork and packaging, 12 previously unreleased tracks, and a bonus DVD. 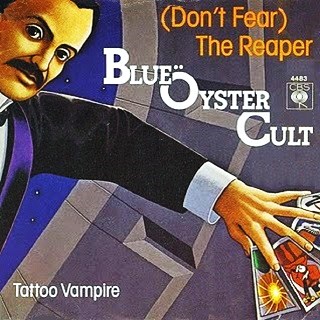 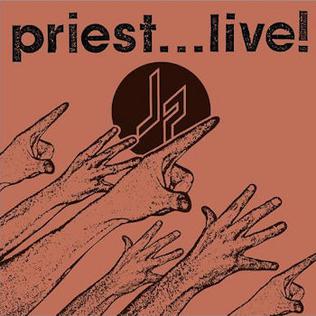 Priest...Live! is the second live album by British heavy metal band Judas Priest, recorded at The Omni, Atlanta, Georgia on 15 June 1986 and the Reunion Arena, Dallas, Texas on 27 June 1986. 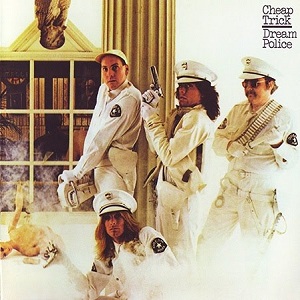 Dream Police is the fourth studio album by American rock band Cheap Trick. It was released in 1979, and was their third release in a row produced by Tom Werman. It is the band's most commercially successful studio album, going to No. 6 on the Billboard 200 chart and being certified platinum within a few months of its release.

The New Record by My Bloody Valentine is the second EP by the alternative rock band My Bloody Valentine, released in September 1986 on Kaleidoscope Sound. Recorded at Alaska Studios in London, the EP's sound is influenced by C86, a brand of indie pop, and diverges from the band's earlier post-punk sound. 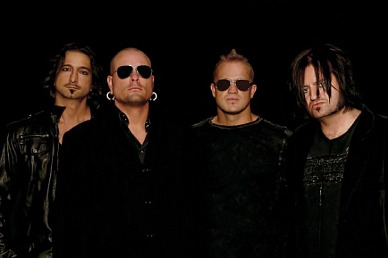 Second Coming was an American rock band formed in Los Angeles, California in 1990. They relocated to Seattle, Washington around 1992 and released their debut album L.O.V.Evil in 1994. This band underwent several lineup changes throughout its existence with drummer James Bergstrom being the sole constant member. He and bassist Johnny Bacolas were ostensibly the nucleus of the band as they were only members who appeared on every album. The two of them have been friends since childhood and they had also formed the rhythm section in an early incarnation of Alice in Chains that also consisted of vocalist Layne Staley and guitarist Nick Pollock; they called themselves Alice N' Chains.

Tigerbomb is an EP by the indie rock band Guided by Voices. It was released in 1995 on Matador Records.

XOBC is an EP by American singer-songwriter Brandi Carlile, released in February 2010 in the United States through Sony Music Entertainment via iTunes. The collection has a Valentine's Day theme and contains two cover songs along with three original tracks. Songs for the collection were recorded around Christmas following the release of her previous studio album Give Up the Ghost (2009).

13 is the third and final studio album by the band Second Coming, and the only one to feature guitarist Eric Snyder. Before releasing 13, the band put out a companion acoustic EP featuring five of the tracks.

His Best is a 1997 greatest hits compilation album by American rock and roll icon Bo Diddley released by Chess and MCA Records on April 8, 1997. The album was re-released by Geffen Records on April 17, 2007 as The Definitive Collection with a different album cover. The Definitive Collection reached #2 on Billboard magazine's Blues Albums chart on June 21, 2008, which was the week that the album debuted on the charts.

The following is a list of releases by independent record label Deathwish Inc.. The label was founded by Jacob Bannon of Converge and Tre McCarthy in 2000 and began releasing albums in 2001. This list does not include releases by the sub-labels Icarus, Secret Voice or Malfunction Records, or Deathwish's sampler album series.

Lucky Me is the third and final studio album by the American hardcore punk band Killing the Dream. The album was released on November 22, 2010 through Deathwish Inc.. 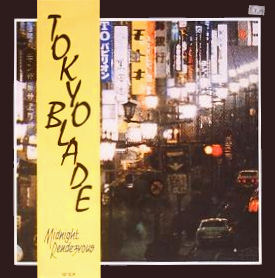 Midnight Rendezvous is an EP by the British heavy metal band Tokyo Blade, released in 1984 through the UK independent record label Powerstation Records. The songs were recorded in early 1983 when the band was called Genghis Khan and originally released as double 7" single "Double Dealin". 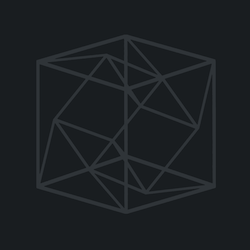 One is the debut studio album by British progressive metal band Tesseract. Released on 22 March 2011, the album features six tracks. The third track, "Concealing Fate", was split into six parts for a total length of twenty seven minutes and forty seconds. This was Tesseract's only full-length release with vocalist Daniel Tompkins until his return in 2014. A bonus track entitled "Hollow" was released digitally to those who pre-ordered One from Century Media. 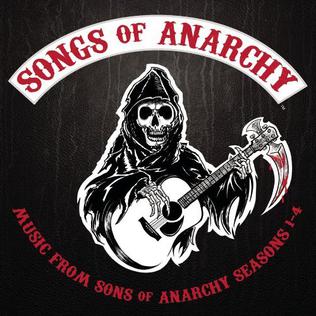 Songs of Anarchy: Music from Sons of Anarchy Seasons 1–4 is a soundtrack album featuring music from FX television program Sons of Anarchy. The album consists of songs recorded for the show as well as those previously released through a number of EPs; Sons of Anarchy: North Country (2009), Sons of Anarchy: Shelter (2009) and Sons of Anarchy: The King is Gone (2010). Songs include covers of "What a Wonderful World", "Forever Young", "John the Revelator and the Emmy nominated theme song "This Life". Musicians performing on the album include Anvil, Franky Perez, Lions, Alison Mosshart and actress Katey Sagal, who plays Gemma Teller Morrow in the show, among others. The album was released on November 29, 2011, through Columbia Records.

Spectrums of Light is a Studio album by The Crying Spell released in 2014.