Through My Dog's Eyes

Through My Dog's Eyes is the fourth studio album by the Italian avant-garde metal band Ephel Duath. The album's concept was conceived by guitarist and founding member Davide Tiso, in which the whole album is from the viewpoint of a dog. [6] The album's artwork is done by Seldon Hunt, who has done artwork for bands such as Sunn O))), Isis, Neurosis, and Earth. [3] The recording and mixing was handled by Novembre's drummer Giuseppe Orlando. [1]

In the same announcement that proclaimed professional poker player Guillermo Gonzales as the vocalist after Luciano George Lorusso quit the band, they also announced that the song "Breed" was listenable on their Myspace. [7]

Guillermo Gonzales is an Italian singer, songwriter and musician.

All music and lyrics by Ephel Duath

Davide Tiso is a guitarist, composer and multi-instrumentalist. He originates from Padova, in Italy, but currently resides in San Francisco, California. He is a member of extreme metal band Ephel Duath, a band he started in 1998.

Marco Minnemann is a German drummer, composer and multi-instrumentalist. He lives in San Diego, California.

Finnvox Studios is a recording studio located in Pitäjänmäki, Helsinki, Finland. It was founded by Erkki Ertesuo, Kurt Juuranto and Lejos Inc. in 1965 and is the longest running studio recording facility in Finland. The original multi-track recording equipment and continuous technical updates of the studio machines and acoustics soon made Finnvox the most sought after studio in the country. Finnish artists which recorded at Finnvox in the 1970s include Rauli Somerjoki, M. A. Numminen and their bands, Wigwam, Agit-prop and many others. Up until the 1990s, Finnvox also operated a vinyl record mastering and pressing facility, which was later converted in new studio rooms and in a mixing and recording room for film and TV productions. Currently, Finnvox occupy 2000 square feet and has nine studio rooms, five of which are used for recording and mixing, three for mastering and editing and one for film and TV productions. Finnvox Studios maintained for five decades their importance in the country, remaining the first choice in Finland for all the local record producers and companies. 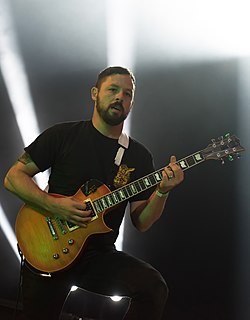 Benjamin A. Weinman is an American musician, most notable for being the lead guitarist for the band the Dillinger Escape Plan. He was the founder and sole constant member through the band's career (1997-2017).

Preproduction of the album was done at Fiscer-Prais Studio in Alessandria, Italy. The guitars and vocals were recorded and mixed at Outer Sound Studios in Rome beginning in July 2008. The drums were recorded by Marco Minnemann at Homebase Seacoast Studio in California before the rest of the band had even entered the studio.

Flowing Tears was a German gothic metal band. Their original name was Flowing Tears & Withered Flowers, which they used for their first several releases.

Pain Necessary to Know is the third studio album by the Italian avant-garde metal band Ephel Duath. The album was observed to be another departure for the band, with Ciaran Tracey noting in Terrorizer that "its sheer difference in the hugely tangential path Ephel Duath have taken from everything done hitherto, even in terms of their own varied and colourful palette". Tracey further observed that the band's previous "multiple personality disorder seems to have been replaced by a bipolar schizophrenia, with the numerous faces of past work having been cast aside in favour of two basic protagonists: explosive rage and light jazz".

Archangels in Black is the fourth studio album by Adagio. According to their Website, the mastering of Archangels in Black was completed on September 3, 2008. After numerous delays, the album was officially released on February 2, 2009 in Europe. The band stated that "the compositions are the ultimate balance between melodic and extreme metal and can be considered as a more brutal version of Underworld". Archangels in Black is Adagio's first and only album to include Christian Palin on vocals, but the backing vocals were sung by Gustavo Monsanto, Adagio's former vocalist who sang on Dominate.

Deinonychus is a Dutch doom metal band formed in 1992 by Marco Kehren. There is a close relationship between Deinonychus and the German band Bethlehem: Kehren provided vocals on S.U.I.Z.I.D., Reflektionen auf's Sterben and Profane Fetmilch Lenzt Elf Krank, while Bethlehem bassist and lyricist Jürgen Bartsch joined Deinonychus in 2005. The first three albums and the early demos released as After the rain falls...an empty sky remains feature Kehren on all instruments and vocals; 1999's Deinonychus added Cradle of Filth drummer William Sarginson, and 2002's Mournument was recorded with a full band. The band announced that they disbanded in September 2008. Marco Kehren nowadays runs a martial industrial band by the name of Nihil Novi Sub Sole (Band). Warfare Deinonychus revived in 2016 with a new line up consisting of Marco Kehren (Guitars,Bass,Vocals)/ Steve Wolz(Drums) and Markus Stock(Keyboards). The band has recorded a new album called "Ode to Acts of Murder, Dystopia and Suicide" to be released on My Kingdom Music worldwide in October 2017.

Torn is the seventh studio album from the progressive metal band Evergrey. The album was released in September 2008 on their new label, SPV.

A Frail Becoming is the title of the fourth full-length album by Daylight Dies. It was released by Candlelight Records on October 9, 2012, four years after the release of the band's last album Lost to the Living.

Ethera is the fifth full-length album by Austrian Symphonic power metal band Visions of Atlantis. It was released on 25 March 2013. It is the last album to feature Mario Plank on male vocals, Maxi Nil on female vocals, Christian Hermsdörfer on guitars and Martin Harb on keyboards.

Sacrificium is the sixth studio album by German symphonic metal band Xandria. The record was released on 2 May 2014 via Napalm Records.

Tellurian is the second studio album by the progressive metal/rock band Soen, released on November 11, 2014 for Spinefarm Records. 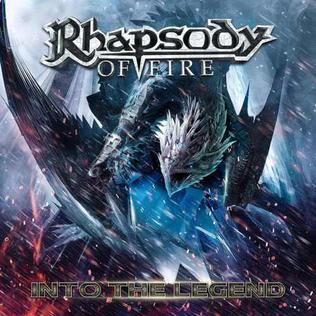 Into the Legend is the eleventh studio album by the Italian symphonic power metal band Rhapsody of Fire. It was released on 15 January 2016 via AFM Records.