Ephel Duath was an Italian avant garde metal/hardcore punk band, formed in 1998 in Padua, Italy. [1] They have had a constantly changing line-up, with guitarist and songwriter Davide Tiso being the only original member. To date, they have released one demo, five studio albums and two remix albums. Their most recent studio album, Hemmed By Light, Shaped By Darkness, was released in 2013.

Ephel Duath was formed in 1998 as a two-man group and taking their name after the fictional mountain range in J.R.R. Tolkien's book The Lord of the Rings . [2] Their debut release was Phormula, on Code666. [3] Following Phormula's release, they signed to Elitist Records (a sub-division of Earache), [4] [5] [6] and repackaged the debut with three tracks from the 1998 demo, Opera, and two remixes. The album was released in 2001 as Rephormula . [3] [7]

Founder Davide Tiso recruited a diverse set of musicians with backgrounds in hardcore punk, progressive rock, jazz, [8] blues, funk and pop. [5] [6] The first album with this lineup was 2003's The Painter's Palette . The album showcased an unorthodox combination of hardcore punk and jazz fusion. [9] In an interview in May 2003, Kerrang! magazine described the band as "supermodels playing Dillinger Escape Plan".[ citation needed ]

A new album, Pain Necessary to Know , was released in late 2005. After recording the album, drummer Davide Piovesan quit the band, and was replaced first by Sergio Ponti in 2006 and then by Andrea Rabuini in 2007. Ephel Duath later dismissed bassist Fabio Fecchio, with the band stating that they intended to remain a trio to "explore more experimental music dimensions".[ citation needed ]

On November 27, 2008, Ephel Duath announced that Luciano George Lorusso had quit the band and had been replaced by professional poker player Guillermo Gonzales. They also released a new song, "Guardian", on their MySpace webpage. [10] In January 2009, Ephel Duath released Through My Dog's Eyes , featuring drummer Marco Minnemann and Dillinger Escape Plan's Ben Weinman. Weinman composed "electronics" on the song "Bark Loud". On June 4, 2009, Davide Tiso announced that Ephel Duath had parted ways with Earache Records and that he was "thrilled" to be off the label. [11]

From the band's departure from Earache until late 2011, Tiso was the sole member of Ephel Duath. He explained that this was due to the cost of hiring musicians out of his own pocket. He claimed to have received only $400 from his record label. Regarding how the financial difficulties affected the band, Tiso said that the former members of Ephel Duath "were often complaining, without even realizing how many problems I was hiding in front of their eyes. Now it's just me, and I'm pretty comfortable like this." [12] [13]

In November 2011, Tiso announced (via Facebook) that Ephel Duath signed with Agonia Records (Poland) for the release of an EP and two full-length albums. The EP, called On Death And Cosmos, was recorded in January 2012 at Sharkbyte Studios in Oakland, California, and released in summer 2012. Erik Rutan mixed the album at his Mana Recording Studio and Alan Douches mastered it at West West Side Music in New York. [14] In December 2011, a new line-up was announced consisting of Karyn Crisis (Tiso's wife), Steve Di Giorgio and Marco Minnemann (who has previously worked with the band). [15]

The band completed their fifth full-length album, Hemmed By Light, Shaped By Darkness, again with producer Erik Rutan at Mana Recording Studios, and released it in late 2013. The black and white cover artwork was completed by artists Dehn Sora and Aeron Alfrey.

Adema is an American nu metal band from Bakersfield, California, United States. The band formed in 2000 with members guitarist Tim Fluckey, guitarist Mike Ransom, bassist Dave DeRoo, and drummer Kris Kohls. After their first two albums, Adema, and Unstable, the band was plagued with years of conflict and lineup changes. Ransom left the band in 2003 followed by Chavez later in 2004 due to conflicts between themselves and other members of the band. Luke Caraccioli replaced Chavez in early 2005 for one album, Planets, but then left a few months later in late 2005. Vocalist Bobby Reeves and guitarist Ed Farris, both from the band Level, were recruited to join as well, but only released one album, Kill the Headlights in 2007, before entering a hiatus. The band's original line up reformed in late 2009 and toured, but both Ransom and Chavez left again before any new music would be recorded. Fluckey took over lead vocals from 2011 to 2017. The lineup released an EP, Topple the Giants. In 2013 Ransom returned once again; Chavez rejoined the band again in March 2017, only to leave again in 2019. He was replaced by Ryan Shuck

Aborym are an Italian industrial black metal band from Taranto, Apulia, formed in 1993. The band have described their music as "alien-black-hard/industrial", whilst Allmusic described them as playing "a truly original brand of futuristic black metal [with] jagged samples, electronic drums, and industrial overtones, mak[ing] Aborym's peculiar sound very hard to pin down or define". The name of the band derives from Haborym Sadek Aym, overseer of the twenty-six legions of Hell in a seventeenth-century grimoire. 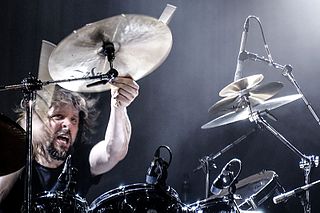 Marco Minnemann is a German drummer, composer and multi-instrumentalist. He lives in San Diego, California. 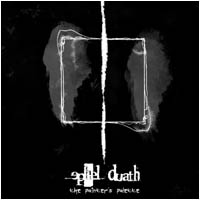 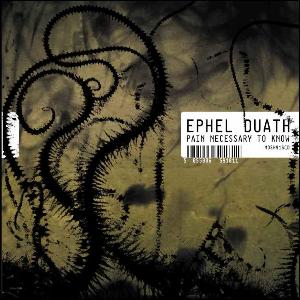 Pain Necessary to Know is the third studio album by the Italian avant-garde metal band Ephel Duath. The album was observed to be another departure for the band, with Ciaran Tracey noting in Terrorizer that "its sheer difference in the hugely tangential path Ephel Duath have taken from everything done hitherto, even in terms of their own varied and colourful palette". Tracey further observed that the band's previous "multiple personality disorder seems to have been replaced by a bipolar schizophrenia, with the numerous faces of past work having been cast aside in favour of two basic protagonists: explosive rage and light jazz".

Onwards to the Spectral Defile is the debut album by black metal band Cirith Gorgor. It was released in 1999 by Osmose Productions.

Eraldo Bernocchi is an Italian guitarist, producer, and sound designer.

Through My Dog's Eyes is the fourth studio album by the Italian avant-garde metal band Ephel Duath. The album's concept was conceived by guitarist and founding member Davide Tiso, in which the whole album is from the viewpoint of a dog. The album's artwork is done by Seldon Hunt, who has done artwork for bands such as Sunn O))), Isis, Neurosis, and Earth. The recording and mixing was handled by Novembre's drummer Giuseppe Orlando.

Davide Tiso is a guitarist, composer and multi-instrumentalist. He originates from Padova, in Italy, but currently resides in San Francisco, California. He is a member of extreme metal band Ephel Duath, a band he started in 1998. 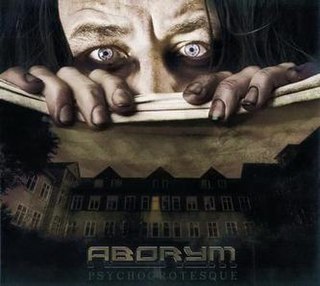 Guillermo Gonzales is an Italian singer, songwriter and musician.