Through the Neighbor's Window

Open Shortest Path First (OSPF) is a routing protocol for Internet Protocol (IP) networks. It uses a link state routing (LSR) algorithm and falls into the group of interior gateway protocols (IGPs), operating within a single autonomous system (AS). It is defined as OSPF Version 2 in RFC 2328 (1998) for IPv4. The updates for IPv6 are specified as OSPF Version 3 in RFC 5340 (2008). OSPF supports the Classless Inter-Domain Routing (CIDR) addressing model. 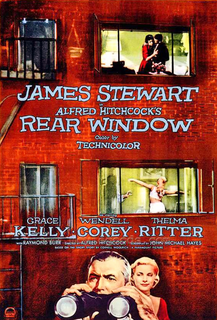 Rear Window is a 1954 American Technicolor mystery thriller film directed by Alfred Hitchcock and written by John Michael Hayes based on Cornell Woolrich's 1942 short story "It Had to Be Murder". Originally released by Paramount Pictures, the film stars James Stewart, Grace Kelly, Wendell Corey, Thelma Ritter, and Raymond Burr. It was screened at the 1954 Venice Film Festival.

UUCP is an abbreviation of Unix-to-Unix Copy. The term generally refers to a suite of computer programs and protocols allowing remote execution of commands and transfer of files, email and netnews between computers.

Me and You and Everyone We Know is a 2005 American romantic comedy-drama film written and directed by Miranda July. She also acts in the starring role, opposite John Hawkes. The film was the first major studio production for July, who had been known previously for her self-produced short films and performance art. 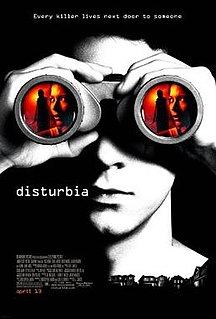 Disturbia is a 2007 American thriller film directed by D. J. Caruso, written by Christopher Landon and Carl Ellsworth and stars Shia LaBeouf, David Morse, Sarah Roemer and Carrie-Anne Moss. The film follows a teenager who is placed on house arrest for assault and begins to spy on his neighbors, believing one of them is a possible serial killer. 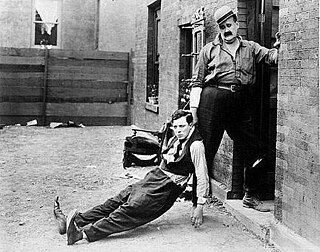 The Hidden Window Mystery is the thirty-fourth volume in the Nancy Drew Mystery Stories series. It was first published in 1956 under the pseudonym Carolyn Keene. The actual author was ghostwriter Harriet Stratemeyer Adams.

Edith Borella was an American silent film actress of Swiss descent. She starred in films such as the 1913 film Through the Neighbor's Window with Charlotte Burton which was her debut. Her career only lasted two years between 1913 and 1915 but in that period of time she starred in 46 films. She married popular English-American actor Edward Coxen in 1914.

The Church of the Apostles is an American evangelical church located in the Buckhead neighborhood of Atlanta, Georgia. The church was founded in 1987 by Michael Youssef, who left Egypt to attend college in Australia and later immigrated to the United States in 1977. 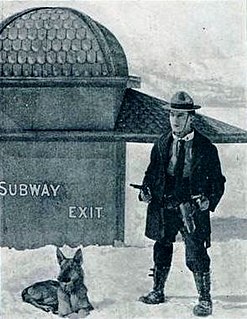 "Monsters!" is the first segment of the fifteenth episode from the first season (1985–86) of the television series The Twilight Zone.

Hi'-Neighbor! is a 1934 Our Gang short comedy film directed by Gus Meins. Produced by Hal Roach and released to theaters by Metro-Goldwyn-Mayer, it was the 126th Our Gang short to be released and Meins' first series entry as director.

FarmVille is an agriculture-simulation social network game developed and published by Zynga in 2009. It is similar to Happy Farm, Farm Town, and video games such as the Story of Seasons series. Its gameplay involves various aspects of farmland management, such as plowing land, planting, growing, and harvesting crops, harvesting trees and raising livestock. FarmVille 2, the sequel, was released in September 2012.

Ondrej Rigo is a Slovak serial killer and necrophile who targeted women in Bratislava, Munich and Amsterdam from 1990 to 1992. Currently serving a life sentence for nine murders and one attempted murder in Leopoldov Prison in Slovakia, Rigo has been diagnosed with a schizoid personality disorder along with being an antisocial psychopath as well as a necrophile, finding pleasure in having intercourse with women with mutilated heads. Rigo remains the Slovak murderer with the highest number of victims and he is also the most prolific serial killer in modern Slovak history. He is eligible to apply for parole in 2019. 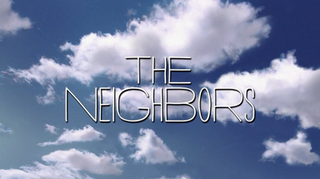 The Neighbors was an American television science fiction sitcom that aired from September 26, 2012, to April 11, 2014, on ABC. The story line revolves around a family of humans living in a community of extraterrestrials. The series was created by Dan Fogelman, who also served as executive producer. Chris Koch, Jeffrey Morton, and Aaron Kaplan served as co-producers, and the first season was produced by ABC Studios and Kapital Entertainment. 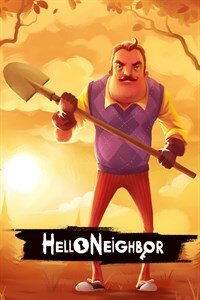 Hello Neighbor is a survival horror stealth game developed by Russian video game studio Dynamic Pixels and published by tinyBuild. The goal of the game is to successfully sneak into the basement of the neighbor's house to uncover a secret. The game's artificial intelligence (AI) modifies the neighbor's behavior based on the player's past actions, such as setting traps along paths the player followed in a previous attempt.

Atatiana Koquice Jefferson, a 28-year-old woman, was shot and killed in her home by a police officer in Fort Worth, Texas, United States, in the early morning of October 12, 2019. Police arrived at her home after a neighbor called a non-emergency number, stating that Jefferson's front door was open. Police body camera footage showed that when she came to her window to observe police outside her home, Officer Aaron Dean shot through it and killed her. Police stated that they found a handgun near her body, which according to her 8-year-old nephew, she was pointing toward the window before being shot. On October 14, 2019, Dean resigned from the Fort Worth Police Department and was arrested on a murder charge. On December 20, 2019, Dean was indicted for murder. Jefferson was black and the officer who shot her is white, prompting news outlets to compare Jefferson's shooting to the September 2018 murder of Botham Jean.

The Neighbors' Window is a 2019 American short film written and directed by Marshall Curry. It won the Academy Award for Best Live Action Short Film, in 2020. The film was inspired by a true story by Diane Weipert, which she recounted on the podcast Love and Radio, produced by Briana Breen and Brendan Baker.