Throughput is rate at which a product is moved through a production process and is consumed by the end-user, usually measured in the form of sales or use statistics. The goal of most organizations is to minimize the investment in inputs as well as operating expenses while increasing throughput of its production systems. Successful organizations which seek to gain market share strive to match throughput to the rate of market demand of its products. [1]

In the business management theory of constraints, throughput is the rate at which a system achieves its goal. Oftentimes, this is monetary revenue and is in contrast to output, which is inventory that may be sold or stored in a warehouse. In this case, throughput is measured by revenue received (or not) at the point of sale—exactly the right time. Output that becomes part of the inventory in a warehouse may mislead investors or others about the organizations condition by inflating the apparent value of its assets. The theory of constraints and throughput accounting explicitly avoid that trap.

Throughput can be best described as the rate at which a system generates its products or services per unit of time. Businesses often measure their throughput using a mathematical equation known as Little's law, which is related to inventories and process time: time to fully process a single product.

Using Little's Law, one can calculate throughput with the equation:

If you solve for R, you will get:

Control theory deals with the control of dynamical systems in engineered processes and machines. The objective is to develop a control model for controlling such systems using a control action in an optimum manner without delay or overshoot and ensuring control stability.

Income is the consumption and saving opportunity gained by an entity within a specified timeframe, which is generally expressed in monetary terms.

Thermal conduction is the transfer of internal energy by microscopic collisions of particles and movement of electrons within a body. The colliding particles, which include molecules, atoms and electrons, transfer disorganized microscopic kinetic and potential energy, jointly known as internal energy. Conduction takes place in all phases: solid, liquid, and gas. The rate at which energy is conducted as the heat between two bodies depends on the temperature difference between the two bodies and the properties of the conductive interface through which the heat is transferred. 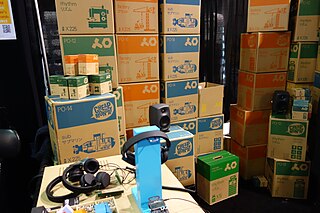 Inventory or stock is the goods and materials that a business holds for the ultimate goal of resale.

The theory of constraints (TOC) is a management paradigm that views any manageable system as being limited in achieving more of its goals by a very small number of constraints. There is always at least one constraint, and TOC uses a focusing process to identify the constraint and restructure the rest of the organization around it. TOC adopts the common idiom "a chain is no stronger than its weakest link". This means that processes, organizations, etc., are vulnerable because the weakest person or part can always damage or break them or at least adversely affect the outcome. 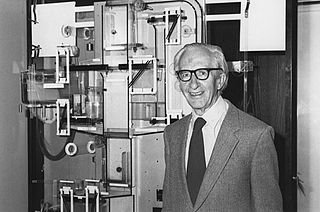 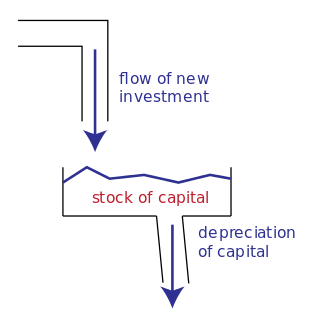 Economics, business, accounting, and related fields often distinguish between quantities that are stocks and those that are flows. These differ in their units of measurement. A stock is measured at one specific time, and represents a quantity existing at that point in time, which may have accumulated in the past. A flow variable is measured over an interval of time. Therefore, a flow would be measured per unit of time. Flow is roughly analogous to rate or speed in this sense.

A mass balance, also called a material balance, is an application of conservation of mass to the analysis of physical systems. By accounting for material entering and leaving a system, mass flows can be identified which might have been unknown, or difficult to measure without this technique. The exact conservation law used in the analysis of the system depends on the context of the problem, but all revolve around mass conservation, i.e., that matter cannot disappear or be created spontaneously.

Flux balance analysis (FBA) is a mathematical method for simulating metabolism in genome-scale reconstructions of metabolic networks. In comparison to traditional methods of modeling, FBA is less intensive in terms of the input data required for constructing the model. Simulations performed using FBA are computationally inexpensive and can calculate steady-state metabolic fluxes for large models in a few seconds on modern personal computers.

A signal-flow graph or signal-flowgraph (SFG), invented by Claude Shannon, but often called a Mason graph after Samuel Jefferson Mason who coined the term, is a specialized flow graph, a directed graph in which nodes represent system variables, and branches represent functional connections between pairs of nodes. Thus, signal-flow graph theory builds on that of directed graphs, which includes as well that of oriented graphs. This mathematical theory of digraphs exists, of course, quite apart from its applications.

Theory of constraints (TOC) is an engineering management technique used to evaluate a manageable procedure, identifying the largest constraint (bottleneck) and strategizing to reduce task time and maximise profit. It assists in determining what to change, when to change it, and how to cause the change. The theory was established by Dr. Eliyahu Goldratt through his 1984 bestselling novel The Goal. Since this time, TOC has continued to develop and evolve and is a primary management tool in the engineering industry. When Applying TOC, powerful tools are used to determine the constraint and reduce its effect on the procedure, including: