Rockwell International originally built the facility in 1965 and operated it until it was purchased by Ayres Corporation on 23 November 1977. In July 2001, Ayres filed for bankruptcy and the rights to the S-2 aircraft were passed to Quality Aerospace. [1] In 2003, the factory was purchased by Larry Bays and Payne Hughes, and one month later Quality Aerospace transferred the type certificates of the S-2 to Thrush Aircraft. [2] [3] In 2005, the company had 150 employees. [4] By 2013, this had increased to 185. [5]

The 510 was introduced in 2009. [6] The first two examples of the 510G Switchback, a variant designed for firefighting were delivered to the Georgia Forestry Commission in 2017. [7]

The company entered bankruptcy protection in September 2019 for the second time, intending to restructure and emerge in a better financial position. The company laid-off 113 employees as part of the process. [8] As a result of the restructuring, Mark McDonald was named CEO. [9]

America West Airlines was a United States major airline, founded in 1981, with service commencing in 1983, and having reached US$1 billion in annual revenue in 1989, headquartered in Tempe, Arizona. At the time of its acquisition of US Airways, America West had the unique distinction of being the only post-deregulation U.S. airline still operating under its original operating certificate. Their main hub was at Phoenix Sky Harbor International Airport, with a secondary hub at McCarran International Airport in Las Vegas. The airline acquired US Airways in 2005 but took on the name of US Airways. America West served about 100 cities in the US, Canada, and Mexico; flights to Europe were on codeshare partners. In March 2005 the airline had 132 aircraft, with a single maintenance base at Phoenix Sky Harbor Airport. Regional jet and turboprop flights were operated on a code sharing basis by Mesa Airlines and Chautauqua Airlines as America West Express.

Albany is a city in the U.S. state of Georgia. Located on the Flint River, it is the seat of Dougherty County, and is the sole incorporated city in that county. Located in southwest Georgia, it is the principal city of the Albany, Georgia metropolitan area. The population was 77,434 at the 2010 U.S. Census, making it the eighth-largest city in the state. It became prominent in the nineteenth century as a shipping and market center, first served by riverboats. Scheduled steamboats connected Albany with the busy port of Apalachicola, Florida. They were replaced by railroads. Seven lines met in Albany, and it was a center of trade in the Southeast. It is part of the Black Belt, the extensive area in the Deep South of cotton plantations. From the mid-20th century, it received military investment during World War II and after, that helped develop the region. Albany and this area were prominent during the civil rights era, particularly during the early 1960s as activists worked to regain voting and other civil rights. Railroad restructuring and reduction in the military here caused job losses, but the city has developed new businesses. 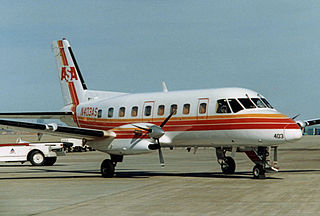 Atlantic Southeast Airlines (ASA) was an American airline based in the A-Tech Center in College Park, Georgia, flying to 144 destinations as a Delta Connection carrier and, as of February 2010, commenced service as a United Express carrier. It was a wholly owned subsidiary of SkyWest, Inc. ASA operated nearly 900 flights each day. Its main hub was at Hartsfield-Jackson Atlanta International Airport (ATL). After a 2010 merger with ExpressJet, ASA took on ExpressJet name and branding in 2011.

Adam Aircraft Industries (AAI) was an aircraft manufacturer founded by George F. Adam Jr and John C. Knudsen in 1998. The company was located at Centennial Airport in the Denver-Aurora Metropolitan Area of Colorado. 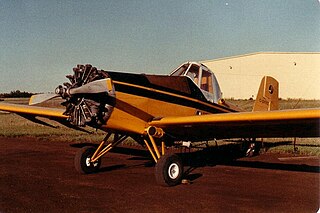 The Ayres Thrush, formerly the Snow S-2, Aero Commander Ag Commander, and Rockwell Thrush Commander, is an American agricultural aircraft produced by Ayres Corporation and more recently by Thrush Aircraft. It is one of the most successful and long-lived agricultural application aircraft types in the world, with almost 2,000 sold since the first example flew 64 years ago. Typical of agricultural aircraft, it is a single-seat monoplane of conventional taildragger configuration. Originally powered by a radial piston engine, most examples produced since the 1980s have been turboprop-powered.

Ayres Corporation was an American aircraft manufacturer owned and run by Fred Ayres.

J.H. Harvey Co., LLC is an American supermarket chain with stores in Georgia, Florida, South Carolina, and North Carolina. The majority of the Harveys stores are between 18,000 and 35,000 square feet (3,300 m2). The company is a subsidiary of Southeastern Grocers, which is headquartered in Jacksonville, Florida.

The Eclipse Aviation Corporation was the Albuquerque, New Mexico, United States-based manufacturer of the Eclipse 500 very light jet (VLJ), and also at one time proposed developing the Eclipse 400 single-engined jet.

Creative Loafing is an Atlanta-based publisher of a monthly arts and culture newspaper/magazine. The company publishes a 60,000 circulation monthly publication which is distributed to in-town locations and neighborhoods on the first Thursday of each month. https://creativeloafing.com/ is the website for the company and it also has a YouTube Channel featuring its video work over the years and a weekly "Live from the Archives" program featuring local musicians and bands. The company has historically been a part of the alternative weekly newspapers association in the United States.

Tiger Aircraft LLC was an American aircraft manufacturer from 1999 to 2006 based in Martinsburg, West Virginia, United States. 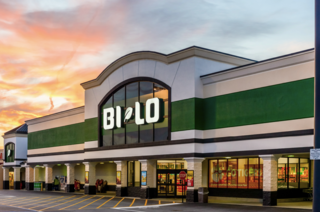 BI-LO is an American supermarket chain owned by Southeastern Grocers, headquartered in Jacksonville, Florida. As of October 2020, the company operates 39 supermarkets under the BI-LO brand in South Carolina, Georgia and North Carolina. The BI-LO headquarters were previously located in Mauldin, South Carolina.

Hawker Beechcraft Corporation (HBC) was an American aerospace manufacturing company that built the Beechcraft and Hawker business jet lines of aircraft between 2006 and 2013. The company headquarters was in Wichita, Kansas, United States, with maintenance and manufacturing locations worldwide. The history of Hawker Beechcraft originated in 1994 when Raytheon merged its Beech Aircraft Corporation and Raytheon Corporate Jets units.

Erickson Incorporated is an American aerospace manufacturing and aviation service provider based in Portland, Oregon, United States. Founded in 1971, it is known for producing and operating the S-64 Aircrane helicopter, which is used in aerial firefighting and other heavy-lift operations. Erickson Incorporated operates globally and has a fleet of 69 rotary-wing and fixed-wing aircraft including 20 S-64s. The company was known as Erickson Air-Crane Incorporated until 2014. Erickson's main facility is located in the Southern Oregon community of Central Point.

Marsh Aviation is an aircraft engineering, design, maintenance and re-manufacturing company, situated on East Falcon Drive, at Falcon Field in Mesa, Arizona. The company often works as a sub-contractor to well-known brand-name aerospace companies, discreetly designing and manufacturing components and sub-systems for high-profile programs. The company has also worked on a variety of aircraft programs for governments all over the world.

The history of Eclipse Aviation is the story of the largest financial failure in the history of general aviation, one that experts have predicted will have a lasting impact on the aerospace industry.

Eclipse Aerospace was an American aircraft manufacturer, maintenance and upgrade company. The company provided maintenance and upgrades to the Eclipse 500 fleet and was the manufacturer of the Eclipse 550. The company was formed specifically to purchase the assets of bankrupt Eclipse Aviation, for which it paid US$20 million in cash and US$20 million in promissory notes in August 2009.

The One Aviation Corporation, stylized as ONE Aviation, is a company that was formed in 2015 to merge the aircraft manufacturers Eclipse Aerospace and Kestrel Aircraft. The company has its headquarters in Albuquerque, New Mexico, United States.