Saab AB is a Swedish aerospace and defence company, founded in 1937. From 1947 to 1990 it was the parent company of automobile manufacturer Saab Automobile. Between 1968 and 1995 the company was in a merger with commercial vehicle manufacturer Scania-Vabis, known as Saab-Scania. The two were de-merged in 1995 by the new owners, Investor AB. Despite the demerger, both Saab and Scania share the right to use the griffin logo, which originates from the coat of arms of the Swedish region of Scania. 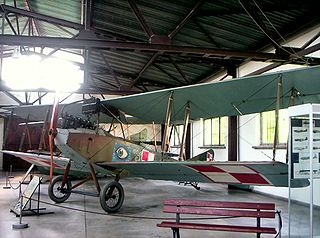 HB was a car made in two or three copies at Berglunds mekaniska verkstad at about 1925. On the prototype they used a three-cylinder engine, but the production models had a four-cylinder engine producing 16 horsepower. The engine was connected to a three-speed transmission. The car was a two-seater, and the design was much inspired by the Thulin A by AB Thulinverken. The company was later renamed to Sörby mekaniska verkstad (SMV) and made travel trailers. 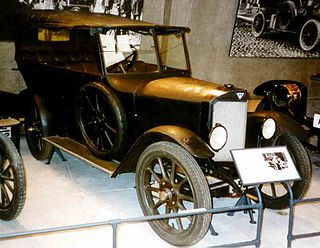 For the aircraft see:Thulin A (aircraft)

For the aircraft Thulin Type B see:Thulin B (aircraft) 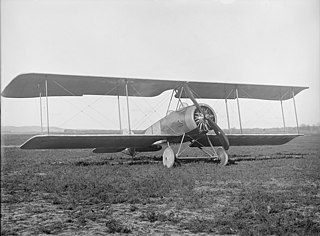 The Le Rhône 9C is a nine-cylinder rotary aircraft engine produced in France by Société des Moteurs Le Rhône / Gnome et Rhône. Also known as the Le Rhône 80 hp in a reference to its nominal power rating, the engine was fitted to a number of military aircraft types of the First World War. Le Rhône 9C engines were also produced under license in Germany, Sweden and Great Britain by various companies, and in the United States. The Swedish version built by AB Thulinverken was designated Thulin A. German production and development was carried out by Oberursel Moterwerken as the UR.I.

Haldex AB, also known as Haldex Group, is a Swedish public company operating in the commercial vehicle industry. It is listed on the OMX Stockholm Stock Exchange, and has an annual turnover of around 4.4 bn SEK. 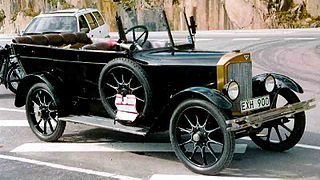 The FVM Ö 1 Tummelisa is a single seat, single engine Swedish biplane from the 1920s. It was operated by the Swedish Air Force as its advanced trainer until the mid-1930s.

The automotive industry in Sweden is mainly associated with passenger car manufacturers Volvo Cars and Saab Automobile but Sweden is also home of two of the largest truck manufacturers in the world: Volvo AB and Scania AB. The automotive industry is heavily dependent on export as some 85 percent of the passenger cars and 95 percent of the heavy vehicles are sold outside of Sweden. The automotive industry and its sub-contractors is a major part of Swedish industry. In 2011 around 110,000 people were employed and the export income of 150 billion SEK accounted for 12 per cent of Sweden's export income. During 2009 128,738 passenger cars and 27,698 heavy vehicles were built in Sweden.

The Thulin H was a Swedish reconnaissance/bomber plane built in the late 1910s.

The Thulin E was a Swedish reconnaissance aircraft built in the late 1910s.