Thumb Wrestling Federation: TWF is an American children's live-action television series. It aired on Cartoon Network in the United States, YTV in Canada, and on the CBBC Channel in the United Kingdom (as well as its former strands on BBC One and BBC Two). [1] It was previously shown on Kids' WB and Nicktoons, in the United States, as well as on networks across Europe, Asia, and Latin America.

The show revolves around two rival thumb wrestling teams in the style of professional wrestling, including colorful characters and over-the-top emotions and antics. The protagonists, the Dexteras, wrestle against their rivals, the Sinistras, in the quest to win the coveted TWF title. The wrestling bouts are hosted by two thumb commentators, Dick Thompson and retired TWF wrestler Colonel Cossack. TWF originated as a television series before being licensed for toys, apparel, and collectibles.

Before its current state, the TWF was an honorable federation that was led by its older "wise thumbs," with TWF legend Newt Knuckle as its president. Everything was "thumbs up" in the TWF until a rookie thumb wrestler named Pageboy Skull came in and demanded a top spot in the TWF without working his way there or showing respect to any of the elder wrestlers, such as Newt Knuckle, Colonel Cossack (who is now a commentator for TWF), The Stash and Phineas D. Finger.

As a result of the split, elder thumbs such as Newt Knuckle and Phineas D. Finger disappeared. Others, such as Colonel Cossack and The Stash, simply retired. Now, the Sinistras and the Dexteras do battle on a weekly basis as they compete for the TWF Championship. 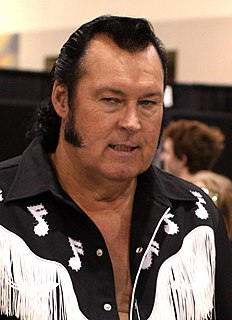 Ernest Ladd, nicknamed "The Big Cat", was an American professional football player and professional wrestler. A standout athlete in high school, Ladd attended Grambling State University on a basketball scholarship before being drafted in 1961 by the San Diego Chargers of the American Football League (AFL). Ladd found success in the AFL as one of the largest players in professional football history at 6′9″ and 290 pounds. He helped the Chargers to four AFL championship games in five years, winning the championship with the team in 1963. He also had stints with the Kansas City Chiefs and Houston Oilers. Ladd took up professional wrestling during the AFL offseason, and after a knee injury ended his football career turned to it full-time in 1969. 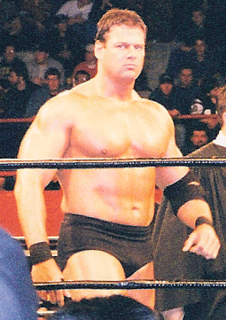 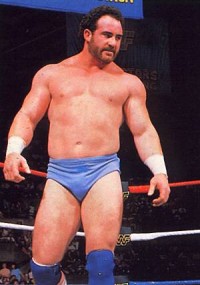 Ivan Vyhovsky was Ukrainian military, political and statesman; hetman of the Zaporizhian Host and Cossack Hetmanate during three years (1657–59) of the Russo-Polish War (1654–1667). He was the successor to the famous hetman and rebel leader Bohdan Khmelnytsky. His time as hetman was characterized by his generally pro-Polish policies, which led to his defeat by pro-Russian faction among the Cossacks.

Vito Joseph LoGrasso is an American actor and professional wrestler, best known for his work in World Championship Wrestling as Big Vito and more recently World Wrestling Entertainment and working for their "developmental territories" Ohio Valley Wrestling and Deep South Wrestling as Vito.

The Godwinns was a gimmick of the professional wrestling tag team composed of Dennis Knight and Mark Canterbury that they used in the WWF. The team has used other gimmicks before they joined the WWF and had a gimmick change in the WWF shortly before disbanding. Their original WWF gimmick was that of two brothers who were hog farmers from Arkansas.

James Grady Johnson was an American professional wrestler, better known by his ring name, "Crazy" Luke Graham. As Luke Graham, Johnson was a member of the Graham family, a stable of wrestling brothers.

Atsushi Onita is a Japanese actor, politician, and semi-retired professional wrestler. He is best known for his work in Frontier Martial-Arts Wrestling (FMW) and is credited with introducing Japan to the deathmatch style of professional wrestling.

Curtis Piehau Iaukea III was an American professional wrestler better known as King Curtis Iaukea. Iaukea won championships in several of the major regional U.S. promotions, both as a single and in various tag team combinations, during the 1960s. He then competed in the World Wrestling Federation (WWF) where he won the WWF Tag Team Championship with Baron Scicluna. He was also later The Master of the Dungeon of Doom in World Championship Wrestling (WCW). Under the name "Iau Kea" he appeared in the film The Three Stooges Go Around the World in a Daze with Moe Howard declaring "That's not a man! That's a committee!".

David Sheldon was an American professional wrestler, better known by his ring name, Angel of Death.

No Way Out of Texas: In Your House was the 20th In Your House and inaugural No Way Out professional wrestling pay-per-view (PPV) event produced by the World Wrestling Federation. It took place on February 15, 1998, at the Compaq Center in Houston, Texas and was presented by Western Union. Seven matches were contested at the event.

Brendan Higgins, best known by his ring name Knuckles Nelson is a retired American professional wrestler, promoter and trainer who wrestled throughout the North American independent circuit during the 1990s and 2000s. He competed in several regional promotions such as the Century Wrestling Alliance, the National Wrestling Alliance and the United States Wrestling Association. He also briefly appeared in World Championship Wrestling and the World Wrestling Federation as well as touring Japan as Super Destroyer between 1997 and 1999. 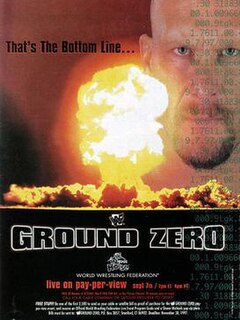 Ground Zero: In Your House was the 17th In Your House professional wrestling pay-per-view (PPV) event produced by the World Wrestling Federation. It took place on September 7, 1997, at Louisville Gardens in Louisville, Kentucky. This was the first three-hour In Your House pay-per-view, and also the first to use the "In Your House" moniker as the subtitle rather than the main title. This was also the last event in which the entrance staging shaped like a suburban home was used, in favor of unique sets based around the name of the PPV going forward. The event is notable for featuring the first-ever singles match between Shawn Michaels and The Undertaker.

John Ferraro is an American professional wrestler and strongman, best known by his ring name Gino Martino. He has wrestled for Chaotic Wrestling, the Millennium Wrestling Federation, New England Championship Wrestling, NWA New England, Ultimate Ring Wars and Paulie Gilmore's New World Wrestling. Although based in the Northeast, competing most often in the New England region, Ferraro has wrestled in other parts of the US as well as in Canada and Europe.

James "Jim" McCarthy is an American professional wrestler and trainer, best known by his ring name Dukes Dalton. He competes on the independent circuit in the Northeastern United States. He has wrestled for the Century Wrestling Alliance, the National Wrestling Alliance, and Chaotic Wrestling where he was inducted into its hall of fame in 2008. He also made brief appearances in the World Wrestling Federation in 1999 and 2001, both as a singles wrestler and with tag team partner Knuckles Nelson.