On April 1, 2008, it was combined with the Northern Cancer Research Foundation. [1]

On October 16, 2019, the Health Sciences Foundation announced the launch of its second-largest campaign to date, the Our Hearts at Home Cardivascular Campaign. [2] The program would follow a one-program, two-sites model of care in partnership with University Health Network’s (UHN) Peter Munk Cardiac Centre in Toronto. [3] 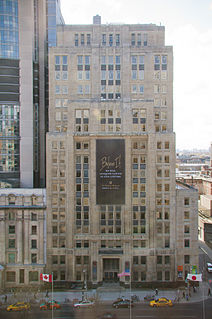 The Princess Margaret Cancer Centre, previously called Princess Margaret Hospital, is a scientific research centre and a teaching hospital in Toronto, Ontario, Canada, affiliated with the University of Toronto Faculty of Medicine as part of the University Health Network. The hospital now stands as the largest cancer centre in Canada and one of the five largest cancer centres in the world. Along with the Odette Cancer Centre, which is also associated with University of Toronto Faculty of Medicine and is independently the sixth largest cancer centre in North America, it forms one of the largest cluster of cancer hospitals in the world. 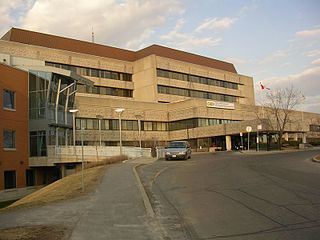 CHEO is a pediatric health-care and research centre located in Ottawa, Ontario Canada. CHEO is also a tertiary trauma centre for children in Eastern Ontario, Nunavut, Northern Ontario and Western Quebec and one of only seven Level I trauma centres for children in Canada It is affiliated with The Ottawa Hospital and the University of Ottawa, and is funded by the provincial Government of Ontario. CHEO first opened its doors on May 17, 1974, and is located at 401 Smyth Road, Ottawa, Ontario.

James K. Gordon is a Canadian politician, who served as mayor of Sudbury, Ontario from 1976 to 1981 and from 1991 to 2003, and as a Member of Provincial Parliament for the provincial electoral district of Sudbury from 1981 to 1987. He briefly served in the Executive Council of Ontario, holding the position of Minister of Government Services in 1985.

The University of Ottawa Heart Institute (UOHI) (French: Institut de cardiologie de l'Université d'Ottawa ) is Canada's largest cardiovascular health centre. It is located in Ottawa, Ontario, Canada. It began as a department in The Ottawa Hospital, and since has evolved into Canada's only complete cardiac centre, encompassing prevention, diagnosis, treatment, rehabilitation, research, and education.

The British Heart Foundation (BHF) is a charity organisation in the United Kingdom. It funds research related to heart and circulatory diseases and their risk factors.

Foothills Medical Centre (FMC) is the largest hospital in the province of Alberta and is located in the city of Calgary. It is one of Canada's most recognized medical facilities and one of the leading research and teaching hospitals. Foothills Medical Centre provides advanced healthcare services to over two million people from Calgary, and surrounding regions including southern Alberta, southeastern British Columbia, and southern Saskatchewan. Formerly operated by the Calgary Health Region, it is now under the authority of Alberta Health Services and part of the University of Calgary Medical Centre.

Sunnybrook Health Sciences Centre (SHSC), commonly known as Sunnybrook Hospital or simply Sunnybrook, is an academic health science centre located in Toronto, Ontario, Canada. It is the largest trauma centre in Canada and one of two trauma centres in Toronto; the other being St. Michael's Hospital. Sunnybrook is a teaching hospital, fully affiliated with the University of Toronto. The hospital is home to Canada's largest veterans centre, located in the Kilgour Wing and the George Hees Wing of the hospital, where World War II and Korean War veterans are cared for.

Women's College Hospital is a teaching hospital in downtown Toronto, Ontario, Canada. It is located at the north end of Hospital Row, a section of University Avenue where several major hospitals are located. It currently functions as an independent ambulatory care hospital. The Chief of Staff is Dr. Sheila Laredo and the physician-in-chief is Dr. Paula Harvey.

NORTH Network was a telehealth organization serving communities in Northern and Central Ontario. NORTH's head office was located in Toronto and its clinical headquarters in Timmins. NORTH was a program of Sunnybrook Health Sciences Centre, and received funding from the provincial government's Ministry of Health and Long Term Care.

The Winnipeg Regional Health Authority is the governing body for healthcare regulation for the City of Winnipeg, the northern community of Churchill, and the Rural Municipalities of East and West St. Paul, in the Canadian province of Manitoba. The WRHA also provides health-care support and specialty referral services to those Manitobans who live out of these boundaries, as well as residents of northwestern Ontario and Nunavut.

Thunder Bay Regional Health Sciences Centre is an acute care facility serving Thunder Bay and much of Northwestern Ontario, Canada. The hospital has 395 acute care beds. All of its patient rooms are handicapped accessible and the facility is air-conditioned with "negative pressure" rooms to accommodate those who may be suffering from communicable diseases. The TBRHSC is a leader in providing cancer care. The hospital is supported by the Thunder Bay Regional Health Sciences Foundation.

Mission Hospital is a 523-bed acute care regional medical center with two campuses - one in Mission Viejo, California and the second in Laguna Beach, California. As one of the busiest designated adult and pediatric Level II Trauma Centers in the state of California, Mission Hospital provides cardiovascular, neuroscience and spine, orthopedics, cancer care, women's services, mental health and wellness, and a variety of other specialty services. Mission Hospital in Laguna Beach (MHLB) provides South Orange County coastal communities with 24-hour emergency and intensive care as well as medical-surgical/telemetry services, orthopedics, general and GI surgery. CHOC Children's at Mission Hospital is a 48-bed facility that is the area's only dedicated pediatric hospital. 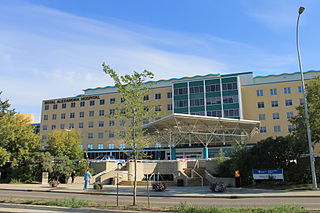 The Royal Alexandra Hospital (RAH) is a large and long serving hospital in the Canadian province of Alberta. Operated by Alberta Health Services and located north of Edmonton's downtown core, the Royal Alexandra serves a diverse community stretching from Downtown Edmonton to western and northern Canada. The total catchment area for the RAH is equivalent to 1/3 of Canada's land mass; stretching north from Downtown Edmonton to enpass both the Northwest Territories & Yukon territory, and stretching as far west as British Columbia's pacific coast.

The Kingston General Hospital (KGH) is an acute-care teaching hospital affiliated with Queen's University located in Kingston, Ontario. Along with Hotel Dieu Hospital and Providence Care, the hospital is a partner within Kingston's university hospitals in the Southeast LHIN, delivering health care, conducting research and training health care professionals. 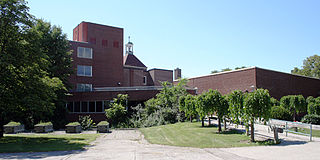 Saint Boniface Hospital is Manitoba's second-largest hospital, located in the Saint Boniface neighbourhood of Winnipeg. It was founded by the Sisters of Charity of Montreal in 1871, and was the first hospital in Western Canada. The hospital was incorporated in 1960, and as of 2003 has 554 beds and 78 bassinets.

The Juravinski Cancer Centre (JCC) is a comprehensive centre for cancer care and cancer research in Hamilton, Ontario, Canada. Operated by Hamilton Health Sciences, it is adjacent to the Juravinski Hospital, which provides emergency department facilities. The hospital was recently ranked 2nd in Canada for research according to Research Infosource Inc.