Thunder Perfect Mind is an album by the English group Nurse with Wound. It is a "sister" album to Current 93's album Thunder Perfect Mind , released around the same time; some basic sounds and lyrics are shared but the overall sound of each record is very different. In David Keenan's England's Hidden Reverse, Nurse with Wound mastermind Steven Stapleton explains that he had a dream in which he was handing David Tibet of Current 93 a copy of a new NWW album and that the record was called Thunder Perfect Mind, the title already chosen by Tibet for his imminent new release. Upon hearing of this dream, Tibet immediately agreed to share the title.

The album revolves around two lengthy tracks; "Cold" is a driving industrial piece full of relentlessly chaotic machinery noises, while "Colder Still" is a sweeping dark ambient piece, ending with an extended version of "Thunder Perfect Mind II" from Current 93's Thunder Perfect Mind. After a brief silence, the release concludes with a short answerphone message left by John Balance. Excerpts and reworkings of "Cold" have appeared in various forms on several other Nurse with Wound releases, most notably the single "Steel Dream March of the Metal Men", the a-side of which was entirely derived from the track. Although issued by Stapleton on his own imprint via World Serpent, the label is listed as "Untied Diaries" rather than the usual "United Dairies". This was the first NWW album to feature Colin Potter, who has collaborated with Stapleton on almost all subsequent NWW releases.

The album was finally released on vinyl in 2002 on the Streamline label, distributed through Drag City, with "Colder Still" being divided over two sides of vinyl. A remix of "Cold" was added to both the re-issued vinyl and a remastered CD on United Dairies.

An edit of "Cold" was featured on the compilation Livin' Fear of James Last. Instead of featuring the whole 23-minute version, it was cut to 12 minutes and 25 seconds.

Nurse with Wound is the main recording name for British musician Steven Stapleton. Nurse with Wound was originally a band, formed in 1978 by Stapleton, John Fothergill and Heman Pathak. The band has performed in many genres such as avant-garde, experimental, industrial, noise, dark ambient, and drone. 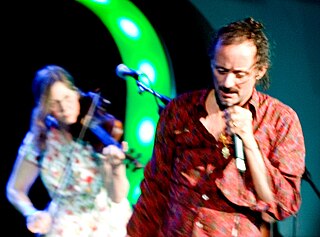 Current 93 are a British experimental music group, working since the early 1980s in folk-based musical forms. The band was founded in 1982 by David Tibet, who has been Current 93's only constant member.

David Tibet is a British poet and artist who founded the music group Current 93, of which he is the only full-time member. 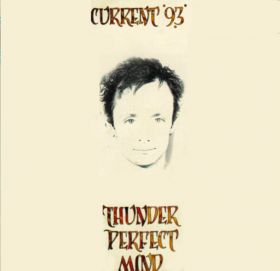 Steven Peter Stapleton is a British musician who is best known as the only constant member of experimental improv outfit Nurse with Wound. He is often seen as one of the pioneers of the British industrial music scene, alongside bands such as Throbbing Gristle, Monte Cazazza and Cabaret Voltaire, although in his music he has explored a wide range of styles, including free-form improvisation, folk, and even Latin American dance rhythms.

All the Pretty Little Horses (TheInmostLightItself) is an album by English band Current 93. It forms the second part of the Inmost Light trilogy; the first being 1995's Where the Long Shadows Fall (Beforetheinmostlight) and the last being 1996's The Starres Are Marching Sadly Home (Theinmostlightthirdandfinal). Unlike its bookends, All the Pretty Little Horses is a full-length album. Like the earlier Of Ruine or Some Blazing Starre, All the Pretty Little Horses contains several songs based on repeating melodic themes. Lyrically, the album revolves around the ideas of pain and death, specifically as reflected in Patripassianist philosophy, along with the overarching concept of the "inmost light", or soul. In contrast, the music itself is some of Current 93's most traditional, relying heavily on acoustic guitar. Exceptions appear in the form of two spoken-word tracks: the ominous, drone-based round "Twilight Twilight Nihil Nihil", and "Patripassian", backed mainly by a heavily treated loop of Carlo Gesualdo's Miserere.

Of Ruine or Some Blazing Starre - The Broken Heart of Man is an album by English band Current 93. Although musically one of Current 93's gentlest albums it is also lyrically very dark, prominently featuring the motif of blood, menstrual and otherwise. David Tibet states in the liner notes that all songs should be regarded as one piece of music; indeed, the album is similar to a stream-of-consciousness narrative, and several tracks contain similar - and in some cases, identical - musical themes. For example, the last three tracks were intended as a single piece, and are often performed live as such. Portions of the song are also musically identical to the Thunder Perfect Mind-era live song "Imperium V", which serves as a lyrical prelude as well.

Simple Headphone Mind is the second collaboration between Stereolab and Nurse With Wound. As with their first release, Crumb Duck, Stereolab recorded the basic track and then handed it over to Steven Stapleton to do with as he pleased. Unlike with Crumb Duck, listeners can hear the original Stereolab recording, as it was issued under the title The Long Hair Of Death on a split single with Yo La Tengo; this version was also featured on Stereolab's Aluminum Tunes compilation album.

Crumb Duck is the first collaboration between prolific Anglo-French indie band Stereolab and cult avant-garde unit Nurse With Wound, first released on 10" vinyl on the Clawfist label in 1993. 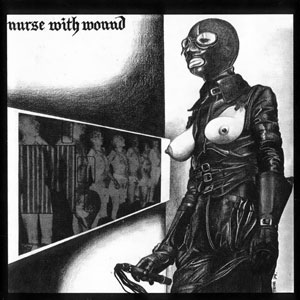 Chance Meeting on a Dissecting Table of a Sewing Machine and an Umbrella is the debut album by industrial music group Nurse with Wound, led by Steven Stapleton, released on their own United Dairies label in 1979. An unusual record which blends noise and jamming, it is described by AllMusic as "one of the more glowing examples of late-70s industrial noise" and defunct UK music magazine Sounds summed up their response by abandoning their usual star rating system to award the album a full 5 question marks. FACT magazine ranked the album at #51 on their list of "The 100 best albums of the 1970s". 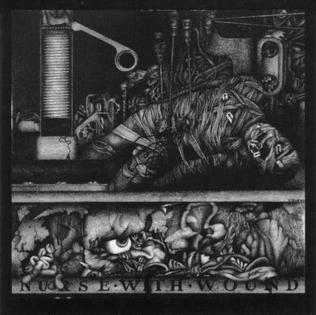 To the Quiet Men from a Tiny Girl is the second album by Nurse With Wound and the last to be made by the founding trio of Steven Stapleton, John Fothergill, and Heman Pathak. The album also features contributions from French avant-garde musician Jacques Berrocal. It was recorded by The Bombay Ducks, an alias for Nicky Rogers and Vic Ball, the former of whom had facilitated the recording of the group's first album, Chance Meeting on a Dissecting Table of a Sewing Machine and an Umbrella. The album's title comes from Tolerance's album Anonymlink 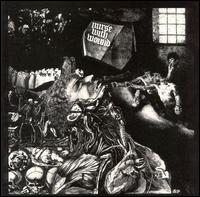 Merzbild Schwet is the third album by British industrial band Nurse With Wound. 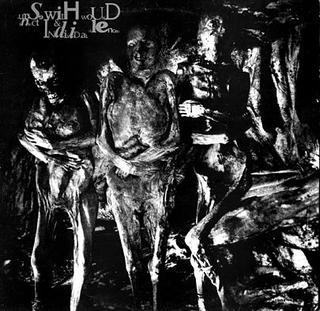 Insect and Individual Silenced was the fourth album by Nurse With Wound.

Homotopy to Marie is the fifth album by Nurse with Wound, released in 1982.

Cyclobe (1999–present) are a music duo formed by Stephen Thrower and Ossian Brown. They make hallucinatory electronic soundscapes by mixing sampled and heavily synthesized sounds with acoustic arrangements for a variety of instruments including hurdy-gurdy, border pipes, duduk and clarinet. Their approach draws upon diverse forms, including acousmatic, drone music, sound collage, folk and progressive rock.

Foxtrot is an album by various artists, which was released to raise funds for treating the drug and alcohol addiction of English experimental musician John Balance. The album features tracks by Balance's close friends, including his group Coil, and was released via their label Chalice.

How He Loved the Moon is a 2005 tribute album to John Balance by the English group, Current 93. 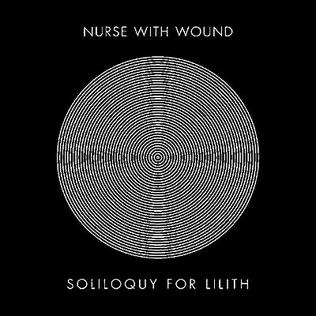 Soliloquy for Lilith is an album by English experimental project Nurse with Wound, originally released in 1988 by the label Idle Hole that had been created for the album's release by project leader Steven Stapleton, and later reissued several times by varying record labels. It is considered one of the project's greatest albums, as well as a long-standing industrial drone record best known for its chance method of composition. FACT ranked it the 54th best album of the 80s with Aaron Turner of Isis calling it "one of the most listenable and enduring albums from the vast NWW catalog".

The Elephant Table Album: a compilation of difficult music was a 1983 compilation album, released on Xtract Records. The double album was compiled by music journalist Dave Henderson following a series of articles by him in Sounds, the British music paper. It was reissued on CD by the same label in 1989, but with the tracks sourced from the vinyl release rather than the master tape, and the number of tracks reduced from 21 to 17. The tracks consisted of a selection by lesser-known experimental, industrial and electronic artists of the period.

Sleep Has His House is an album released in 2000 by English apocalyptic folk group Current 93. The album was written and recorded as a reaction to the death of David Tibet's father and prominently features harmonium. The lyrics were mostly written by David Tibet and the music composed by Michael Cashmore. The album title was taken from the title of a book by the British writer, Anna Kavan.