Last updated September 02, 2022
This article is about the film. For the video game, see Borderline (video game).
1989 film

A con-artist meets a tough fighter and sees him as her ticket to a better life. The two make an agreement and head off to New Orleans to arrange a match with "the man" - the mysterious king of bare-knuckled boxing. There are no rules for this fight...one man wins when the other dies.

Michael Emmet Walsh is an American actor and comedian who has appeared in over 200 films and television series, including in small but important supporting roles in dozens of major studio features of the 1970s and 1980s. He starred in Blood Simple (1984), the Coen Brothers' first film for which he won the Independent Spirit Award for Best Male Lead. He also appeared in Carl Reiner's comedy The Jerk (1979), Robert Redford's drama Ordinary People (1980), Ridley Scott's science fiction film Blade Runner (1982), Barry Sonnenfeld's steampunk western Wild Wild West (1999) and Brad Bird's animated film The Iron Giant (1999).

Harry and the Hendersons is a 1987 American fantasy comedy film directed and produced by William Dear and starring John Lithgow, Melinda Dillon, Don Ameche, David Suchet, Margaret Langrick, Joshua Rudoy, Lainie Kazan, and Kevin Peter Hall. Steven Spielberg served as its uncredited executive producer, while Rick Baker provided the makeup and the creature designs for Harry. The film tells the story of a Seattle family's encounter with the cryptozoological creature Bigfoot, partially inspired by the numerous claims of sightings in the Pacific Northwest, California, and other parts of both the United States and Canada over three centuries. In conjunction with the film's setting, shooting took place at several locations in the Cascade Range of Washington state near Interstate 90 and the town of Index near US 2, as well as Seattle's Wallingford, Ballard and Beacon Hill neighborhoods and other locations in or around Seattle.

My American Cousin is a Canadian drama film, released in 1985. Written and directed by Sandy Wilson based on her own childhood, the film stars Margaret Langrick as Sandy Wilcox, a preteen girl growing up on a ranch in rural Penticton, British Columbia in the late 1950s. Sandy's longing to be treated as an adult is roused even further when her older American cousin Butch Walker comes for a visit. The cast also includes Richard Donat, Jane Mortifee, Babz Chula and Camille Henderson.

Relative Fear is a 1994 Canadian independent psychological horror film that references the 1956 film The Bad Seed. An autistic child is seemingly born to kill and does so.

Margaret Langrick is a Canadian writer and retired actress. She is now known as Maggie Langrick, and is the CEO of the publishing company Wonderwell. 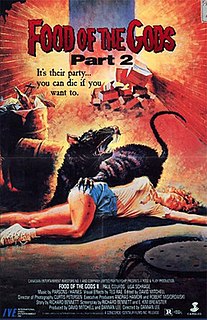 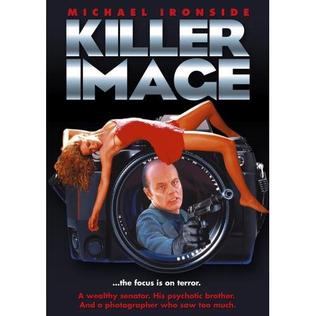 Killer Image is a 1992 independent Canadian suspense film directed by David Winning. It stars Michael Ironside and John Pyper-Ferguson. The story centers on two brothers, one a powerful senator, one a ruthless killer. A photographer captures images of the politician in a compromising position and is murdered. Now his brother has discovered the film and wants vengeance.

David Starzyk is an American actor. 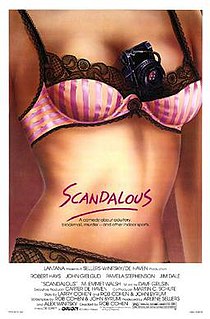 Bitter Harvest is a 1993 thriller drama film directed by Duane Clark and starring Stephen Baldwin, Patsy Kensit and Jennifer Rubin. The film was released on November 3, 1993, and was filmed at Greenfield Ranch in Thousand Oaks, California.

Cold Comfort is a Canadian psychological thriller film, released in 1989. The film was written by Richard Beattie and Elliot L. Sims based on the play by Jim Garrard, and directed by Vic Sarin.

Mukunda Michael Dewil is a Hollywood screenwriter and director. He wrote and directed Retribution,Vehicle 19 and The Immaculate Room. 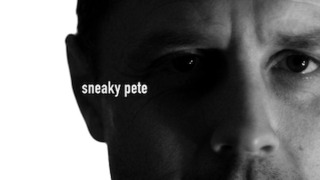 Sneaky Pete is an American crime drama series created by David Shore and Bryan Cranston. The series follows Marius Josipović, a released convict who adopts the identity of his cellmate, Pete Murphy, to avoid his past life. The series also stars Marin Ireland, Shane McRae, Libe Barer, Michael Drayer, Peter Gerety and Margo Martindale. The pilot debuted on August 7, 2015, and was followed by a full series order that September. Shore left the project in early 2016 and was replaced by Graham Yost, who served as executive producer and showrunner for the remaining nine episodes. The first season premiered in its entirety on January 13, 2017, exclusively on Amazon Prime Video. On January 19, 2017, Amazon announced that Sneaky Pete had been renewed for a second season, which was released on March 9, 2018. On July 28, 2018, Amazon announced that the series had been renewed for a third season, which was released on May 10, 2019. On June 4, 2019, Amazon cancelled the series after three seasons.