Thursday's Child may refer to: 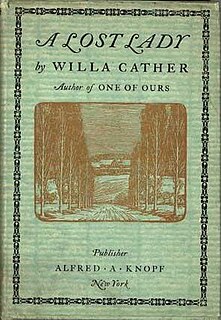 Willa Cather's A Lost Lady was first published in 1923. It tells the story of Marian Forrester and her husband, Captain Daniel Forrester who live in the Western town of Sweet Water, along the Transcontinental Railroad.

Roslyn Sarah Inyathi Forrester, usually just known as Roz Forrester, is a fictional character from the Virgin New Adventures range of spin-offs based on the BBC science fiction television series Doctor Who.

"The Pretty Things Are Going to Hell" is a song written by David Bowie and Reeves Gabrels for the album Hours in 1999. The first single release from the album in Australia and Japan, while the rest of the world got "Thursday's Child" as their first single. The first appearance of the song was on the soundtrack of the film Stigmata in 1999. It charted and peaked at No. 30 in Japan. The song's title takes influence from the song "Your Pretty Face Is Going to Hell" by The Stooges from their album Raw Power produced by Bowie himself. Doctor Clayton Forrester is a fictional character in George Pal's 1953 science fiction film The War of the Worlds, the first film adaptation of the H. G. Wells 1898 novel of the same name. The Forrester character is played by actor Gene Barry.

Helen Forrester was the pen name of June Bhatia, who was an English author known for her books about her early childhood in Liverpool during the Great Depression, as well as several works of fiction. 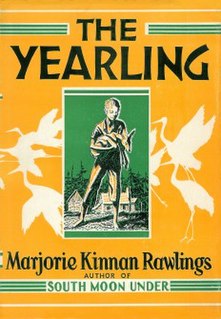 The Yearling is a novel by Marjorie Kinnan Rawlings published in March 1938. It was the main selection of the Book of the Month Club in April 1938. It was the best-selling novel in America in 1938 and the seventh-best in 1939. It sold over 250,000 copies in 1938. It has been translated into Spanish, Chinese, French, Japanese, German, Italian, Russian and 22 other languages. It won the 1939 Pulitzer Prize for the Novel. 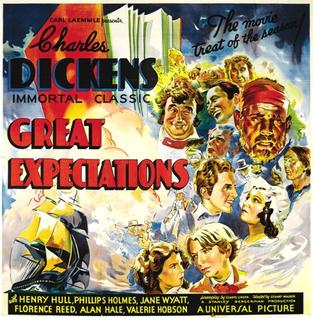 Great Expectations is a 1934 adaptation of the 1861 Charles Dickens novel of the same name. Filmed with mostly American actors, it was the first sound version of the novel and was produced in Hollywood by Universal Studios and directed by Stuart Walker. It stars Phillips Holmes as Pip, Jane Wyatt as Estella and Florence Reed as Miss Havisham. 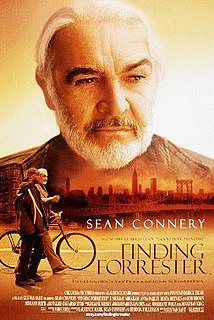 Finding Forrester is a 2000 American drama film written by Mike Rich and directed by Gus Van Sant. In the film, a black teenager, Jamal Wallace, is invited to attend a prestigious private high school. By chance, Jamal befriends a reclusive writer, William Forrester, through whom he refines his talent for writing and comes to terms with his identity. Anna Paquin, F. Murray Abraham, Michael Pitt, Glenn Fitzgerald, April Grace, Busta Rhymes and Charles Bernstein star in supporting roles.

Gary Jeshel Forrester is a musician, composer, novelist, poet, short-story writer, biographer, memoirist, academic, and historian based in Rotorua, New Zealand. He was profiled by Random House Australia as one of the major figures in the Australian music scene during the 1980s and 1990s, and in New Zealand by FishHead: Wellington's Magazine as a "modern Renaissance man." In a 2018 interview with New Zealand's leading newspaper, Forrester was described by the Sunday Star-Times as "a Native American descendant, on his mother's side ... who settled in New Zealand in 2006. [He is] a published author and poet and has released three solo albums in the past three years."

A Lost Lady is a 1934 American drama film directed by Alfred E. Green and starring by Barbara Stanwyck, Frank Morgan, and Ricardo Cortez. Based on the novel A Lost Lady by Willa Cather, with a screenplay by Gene Markey and Kathryn Scola, the film is about a woman whose fiancé is murdered by his mistress' husband two days before their wedding. Her uncle sends her away to the mountains, where she meets a man who looks after her and eventually proposes. She accepts even though she does not love him. 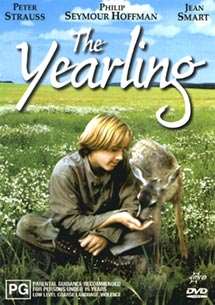 The Yearling is a 1994 American made-for-television coming-of-age drama film based on the 1938 novel The Yearling by Marjorie Kinnan Rawlings. It was produced by RHI Entertainment, sponsored by Kraft General Foods and broadcast on CBS on April 24, 1994. It is also a remake of the 1946 theatrical film The Yearling starring Gregory Peck and Jane Wyman.

The Purple Plain, also known as Llanura Roja, is a 1954 British war film, directed by Robert Parrish, with Gregory Peck playing a Royal Canadian Air Force pilot serving in the Royal Air Force in the Burma Campaign in the closing months of the World War II, who is battling with depression after having lost his wife. It was nominated for two BAFTA awards.

The War of the Worlds is a 1953 American science fiction film from Paramount Pictures, produced by George Pal, directed by Byron Haskin, and starring Gene Barry and Ann Robinson.

"A.A.R.M." is the collective name for the twenty-second and twenty-third episodes of the ninth season of the American comedy television series The Office, as well as the 198th and 199th episode overall. It was also the series' penultimate entry, airing a week before the series finale. It originally aired on NBC on May 9, 2013. This episode guest stars Nora Kirkpatrick, Aaron Rodgers, Clay Aiken, Mark McGrath, Santigold, Jessica St. Clair, and Rachel Crow.

The Devil Came from Akasava is a 1971 West German-Spanish adventure-spy film directed by Jesús Franco. It was based on a novel by Edgar Wallace called Keeper of the Stone.