Thuvacode Siddique (born 1 June 1974) is an Indian politician. He was the General Secretary of Kerala Pradesh Congress Committee, who resigned on 24 May 2015 from the post, [1] He is the Chief Editor of the monthly magazine Progressive India.

Kerala Pradesh Congress Committee is the state unit of the Indian National Congress — one of the world's largest political organizations — working in the state of Kerala. Its head office is situated at Trivandrum (Thiruvananthapuram). It first met in 1921 at Ottapalam, the banks of the River Bharathappuzha. Mullappally Ramachandran is the current president of k.p.c.c. Ramesh Chennithala is the current parliamentary party leader. 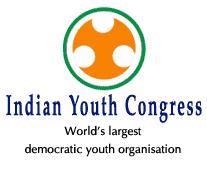