Thy Majestie is an Italian power metal band that formed in 1999. Their music is typically cinematic, epic, symphonic, progressive and darker than typical power metal with symphonic influences. [1] [2] They have released five full-length albums.

The band was started by Giuseppe Bondì and Claudio Diprima with the desire to create their own music after playing in a cover band. Maurizio Malta, Giovanni Santini, Dario D'Alessandro and Dario Grillo joined them to form Thy Majestie. After releasing Sword, Crown and Shields, a 3-track demo, Thy Majestie composed new material which was recorded in March 1999 titled Perpetual Glory . It was highly praised by Italian metal magazines[ citation needed ] and they were able to sign a contract with Scarlet Records. In March 2000 they began working on their debut album The Lasting Power which was finished in April 2000.

On September 2001 LIMB Music (who produced Rhapsody of Fire) took notice of Thy Majestie but could not sign a deal with them because they were already signed to Scarlet Music to record two albums. In January 2002 Thy Majestie was contacted by Thomas Youngblood to support him on his European tour with his band Kamelot but they could not afford travel expenses and had to record another album 2 months later.

In 2002, they released the album Hastings 1066 which is based on the Battle of Hastings.

In November 2003, vocalist Dario Grillo left the band to pursue a solo career (as leader of the band Platens). In December 2003, Gabriele Grilli (who has also played in Doomsword) joined as his replacement. But in October 2004 he left as well "due to personal reasons", one of them being the distance between Grilli's hometown, Varese, and Palermo, where the other members of the band live. One song was released with Gabriele on vocals, namely a demo version of The Siege of Paris, later to appear on the Jeanne d'Arc album. Shortly thereafter, Giulio Di Gregorio (also in Irencros) was announced as the new singer.

2005 saw the release of the third Thy Majestie album, Jeanne d'Arc , which is a concept album about the French heroine Jeanne d'Arc. The album was released through Scarlet Records. Its style has been compared to that of the Italian band Labyrinth. [3]

The 3 of May 2005, Giulio Di Gregorio was expelled from the band due to his poor knowledge of the English language and his numerous health problems which kept him from performing live with the band. After a short period when USA-based singer Matt Aub (from Timelord) had been singing for the band, it was announced that Thy Majestie's first vocalist, Dario Grillo would be returning to the band. His return, however, caused the same problems experienced four years earlier and lead to a definitive separation. Dario Grillo was replaced by Fingerbang singer Dario Cascio. [4] At the same time guitarist Giovanni Santini decided to leave the band and was replaced by Simone Campione. During the end of year 2007, the other founding member, Giuseppe Bondi, left Thy Majestie due to personal reasons.

A new keyboarder, Valerio Castorino, was taken in and the band signed with a new record label, Dark Balance Records. Thy Majestie performed at the Immortal Metal Fest in Finland on 19 April 2008 as well as at Fear Dark in Zwolle, the Netherlands on 24 May 2008 and in Stuttgart, Germany [2] on 1 June 2008. The group released the album Dawn on 1 September 2008, which has been compared to the Swedish metal scene, namely Axenstar and Dragonland. [1]

Valerio Castorino, who toured with Thy Majestie during their last gigs in Europe, and Dario Cascio left the band because of private matters. Giuseppe Carrubba, who also plays with Inner Quest, an Italian Progressive metal band, and Alessio Taormina replaced him. The band released their 5th full-length album, ShiHuangDi, in 2012 for Scarlet Records. 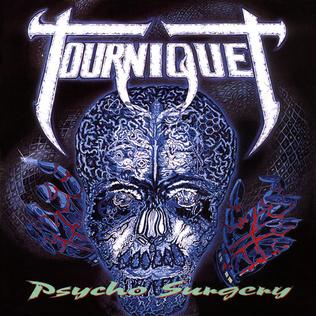 Vanishing Lessons is the fourth studio album by Christian metal band Tourniquet, released in 1994. It is the first album to feature vocalist Luke Easter. The album was independently rereleased in 2004 with digital remastering, new artwork and bonus tracks.

Novembre (November) is an Italian metal band, formed in 1990. 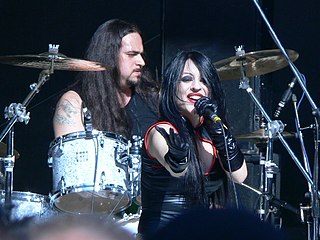 Theatres des Vampires is an Italian gothic metal band with strong black metal influences, mostly noted for the predominant theme of vampirism within their lyrics.

Break the Curse is a demo album recorded in 1990 by Australian Christian metal group Mortification and released in 1994. The album focuses on Mortification's thrash metal style rather than their later death metal. Five tracks were re-recorded for the band's eponymous debut studio album, Mortification (1991). 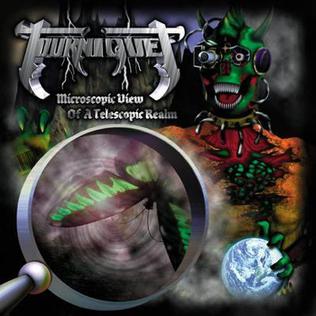 Microscopic View of a Telescopic Realm is an album by Tourniquet. It was released on Metal Blade Records in 2000. The album marks the return to the band's neo-classical technical thrash style. 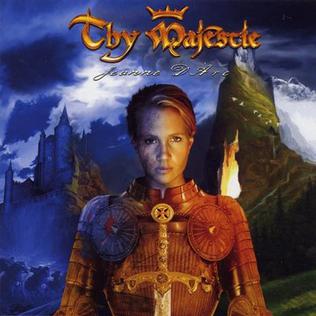 Jeanne d'Arc is a concept album by Italian symphonic power metal act Thy Majestie. Released in 2005 on Scarlet Records the album is based around the story of Joan of Arc. The album runs through her story beginning with her fate foretold by God, right up to her execution by burning at the stake. 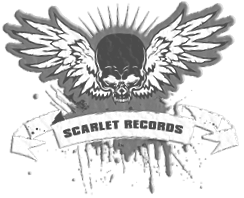 Scarlet Records is an Italian independent record label based in Milan. It is most notable for featuring two side projects from Soilwork front-man Björn "Speed" Strid, as well as band like Agent Steel, Royal Hunt, Skyclad, Eldritch, Hatesphere, Primevil, Labyrinth, Dark Moor, DGM and more. Founded in 1998, Scarlet Records has released more than 200 albums. In 2011 Scarlet Records entered a distribution deal with Entertainment One Distribution for the North American distribution of its new releases and extensive physical and digital catalog.

Stormlord is an extreme metal band from Rome, Italy. They have released six full-length albums to date: Supreme Art of War (1999), At the Gates of Utopia (2001), The Gorgon Cult (2004), Mare Nostrum (2008), Hesperia (2013), and Far (2019). Their prominent use of keyboards compared to many other black metal bands gives their sound an epic feel, much like power metal.

Node is an Italian death metal band formed in Milan in 1994 and currently signed to Punishment 18 Records. Their last (sixth) full-length album is titled Cowards Empire released in 2016.

A Forlorn Throne is the fourth full-length album by Slechtvalk released in May 2010. 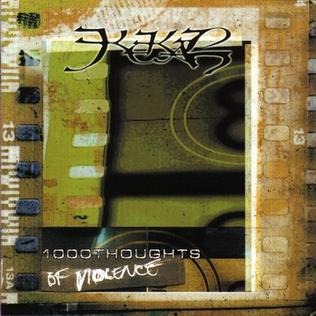 1000 Thoughts of Violence is the fourth album by Indonesian extreme metal band Kekal, released in 2003. The central theme of the album is moral decline and the violent nature of humanity. This was the first and only major studio album by the band without the skills of additional guitarist Leo Setiawan.

The Addiction Tour 2006 is the first live DVD by the Italian gothic metal band Theatres des Vampires. It features ten songs recorded during the tour in 2006 and also features an interview with Sonya Scarlet, as well as two music videos the band had recorded for the songs "Lilith Mater Inferorum" and "Angel of Lust". The live songs were also released as a live album in the band's next release, Desire of Damnation.

Holy Knights is a symphonic power metal band from Palermo, Italy, formed in 1998. They recorded their first demo, Gate Through the Past, in 1999. Shortly after releasing their début album, A Gate Through the Past through Underground Symphony, the band was put on hiatus, which lasted until 2010. In 2012, the second album, Between Daylight and Pain, was released by Scarlet Records.

Between Daylight and Pain is the second full-length album by the Italian symphonic power metal band Holy Knights. It was first released in Japan on June 13, 2012 via Rubicon Music and re-released by Scarlet Records worldwide on August 28.

Candyland is the tenth studio album by Italian gothic metal band Theatres des Vampires, released through Scarlet Records on 14 October 2016. Initially announced on 7 July 2016, it is their first studio album in 5 years since Moonlight Waltz, and also their first release with guitarist Giorgio Ferrante, who replaced Stephan Benfante early in 2016. It is noticeably more guitar-driven than the band's previous releases with Sonya Scarlet on vocals, and its lyrics focus less on the vampiric and occult themes the band is famous for. A music video for the track "Morgana Effect" was uploaded to the band's official YouTube channel on 29 September 2016.