Thy Serpent is a Finnish black metal band from Espoo. It started out as a solo project by Sami Tenetz in 1992. A full lineup was acquired in 1995.

After two demos, he signed a record deal with Spinefarm Records. Azhemin, Agathon and Luopio joined between 1995 and 1996 when they released their debut, Forests of Witchery . "Only Dust Moves" was featured on the Nightwish single "The Carpenter". After their debut album's success, their international debut, Christcrusher, followed.

Contrary to their statements that they would never play live, they did eight gigs in Finland in the summer of 1999. In 2000, Thy Serpent changed its line-up, adding a second guitarist and a new drummer. During that year, they went to the studio to record Death , which remains the last record by the band. They are now signed to Candlelight Records. 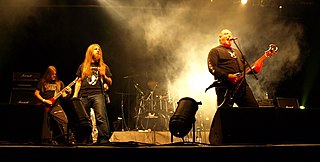 Catamenia is a Finnish black metal band founded in 1995 by Riku Hopeakoski and Mika Tönning in Oulu. They have been signed to Massacre Records since their first full-length release Halls of Frozen North in 1998. As of 2010, they have released nine albums, one EP, and one DVD. They are known for frequent usage of wolves in their album art, but the band is named after a kind of bird. Catamenia also means “menstruation”, which the band did not know until a fan pointed it out to them after the release of their debut album.

Barathrum is a Finnish black-doom metal band, formed in 1990. The band's name is Latin for pit or abyss. The first letters of their eight full-length albums spell "HEIL SOVA" - referring to the band's frontman, Demonos Sova, who is the only original member of the band. Their music is stylistically similar to early black metal acts such as Venom and Celtic Frost. Their lyrics deal with occult and religious themes.

Darkwoods My Betrothed are a Finnish black metal band from Kitee.

...And Oceans, at one time known as Havoc Unit, is a metal band from Finland. It was formed in 1989 as a death metal outfit called Festerday, but soon changed its style to symphonic black metal. It released its first album as ...and Oceans in 1998, and in the following years it pursued a less traditional, more industrial-oriented direction.

Agathodaimon is a gothic/symphonic black metal band from Mainz, Germany. 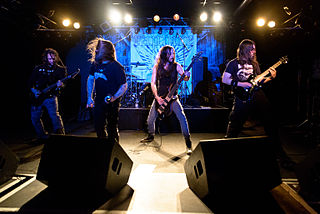 Rapture is a doom metal/melodic death metal band formed in 1997 in Helsinki, Finland.

Amestigon is one of Austria's oldest black metal bands. It was founded in 1993 by Tharen and Thurisaz. Both had been a part of the black metal band Abigor and members of this band still contribute as guest musicians on recordings on Amestigon releases.

Silentium is a Finnish gothic metal band. The band was formed in 1995 and it originates from Jämsänkoski, Finland. Keyboardist Sami Boman and original vocalist Matti Aikio created Silentium by adding violin player Jani Laaksonen, guitar players Toni Lahtinen and Juha Lehtioksa and drummer Jari Ojala into the line-up of their previous band Funeral. 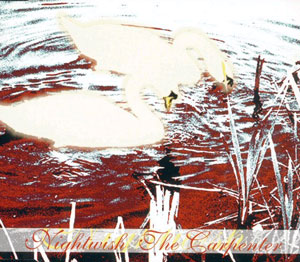 "The Carpenter" is the debut single by Finnish symphonic metal band Nightwish, the only from their debut album, Angels Fall First. This is the only Nightwish single to feature lead vocals by both Tarja Turunen and Tuomas Holopainen. It was performed live for the first time in over twenty years with Floor Jansen and Troy Donockley in 2018 during the Decades: World Tour.

Brutality is an American death metal band from Tampa, Florida. The group was signed to Nuclear Blast Records in the 1990s.

Forests of Witchery is the debut album by symphonic black metal band Thy Serpent. This was the band's first collaborative work; the previously released demos were created solely by Sami Tenetz, who currently is rhythm guitarist of the band. It has a more doom/gothic feel than later albums.

Sacramentum is a melodic black metal band from Falköping, Sweden, formed by Nisse Karlén (vocals/guitar) in the summer of 1990 under the name of Tumulus. The band released three full-length studio albums and two demos. They are best known for their debut album Far Away from the Sun, which is often considered one of the best early melodic black metal releases. 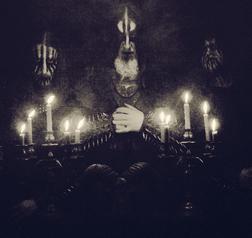 Ceremonial Castings are an American black metal band from Washington. Described as "Bewitching Black Metal", they play a unique style surrounded in black magic & the arts of witchcraft. They embarked on a Central American tour with Norway's Gorgoroth in September 2012.

Lords of Twilight is black metal-band Thy Serpent's MCD and it contains old demo-songs re-recorded and few new songs. It was released through Spinefarm Records in May 1997.

Spiritus Mortis is a heavy metal band from Finland. They are believed to be the first band in Finland to play doom metal.

Death is the fourth officially released album/EP by Finnish black metal band Thy Serpent. It is the last heard of Thy Serpent since its release in 2000. It is also the first of their work to feature their current lineup, with Tomi Ullgren on lead, and the new drummer. It was recorded at a different studio than the three previous CDs. 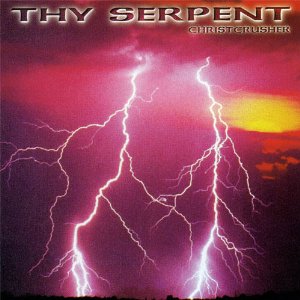 Christcrusher is the third and final full length album by black metal band Thy Serpent. It is named after the sixth track on the album. It was recorded at Tico Tico Studios and features a more traditional black metal sound.