Supercell is an 11-member Japanese pop band led by musician and songwriter Ryo, which formed in 2007 as a dōjin music band. The other 10 members are artists and designers who provide illustrations in album booklets and music videos. Supercell started out by making use of the Hatsune Miku Vocaloid singing synthesizer to produce vocals for songs submitted to the Nico Nico Douga video sharing website. The popularity of the songs led the band to release their independent self-titled album Supercell (2008). Supercell later signed to Sony Music Entertainment Japan and had a professional release of their Supercell album in March 2009, which was updated with more songs.

Black Rock Shooter is a Japanese media franchise based on characters created by illustrator Ryohei Fuke also known as Huke. It revolves around its eponymous character, a mysterious black haired girl with a blazing blue eye. The original illustration inspired a song of the same name by Supercell featuring the Vocaloid Hatsune Miku, which gained popularity on the Nico Nico Douga website. A 50-minute original video animation based on the franchise was produced by Yutaka Yamamoto's studio Ordet, written by Nagaru Tanigawa and Shinobu Yoshioka, and directed by Shinobu Yoshioka. A "Pilot Edition" was released on DVD and Blu-ray Disc in September 2009, before the full version was released on DVDs bundled with select magazines from July 24, 2010, subtitled in seven languages, followed by a retail release on December 17, 2010. An eight-episode anime television series, produced by Ordet and Sanzigen, aired on Fuji TV's Noitamina programming block between February 2 and March 22, 2012. The franchise has also spawned several manga series and a video game for the PlayStation Portable titled Black Rock Shooter: The Game, each set in their own universe. 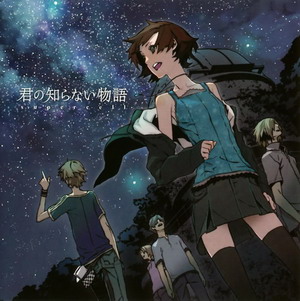 "Kimi no Shiranai Monogatari" is a J-pop song by the Japanese band Supercell, written by Ryo. Supercell released it as their debut single in August 2009 by Sony Music. The title track was the ending theme song to the 2009 Bakemonogatari anime series, and the B-side track "Love & Roll" was the theme song for the 2009 Cencoroll anime film. A music video was produced for "Kimi no Shiranai Monogatari", directed by Hirohisa Sasaki. Lyrically, the song deals with an unrequited love.

Livetune is a Japanese electro band which formed in 2007 as a dōjin music circle signed to Toy's Factory. The band originally consisted of two members, Kz and Kajuki P, but Kajuki P left the band in March 2009. Livetune started out by making use of the Hatsune Miku singing synthesizer to produce vocals for songs submitted to the Nico Nico Douga video sharing website. The popularity of the songs led the band to release the independent album Re:package at Comiket 73 in December 2007. Livetune made its major debut with Victor Entertainment with the professional release of their Re:package album in August 2008, which was updated with more songs. Livetune began collaborating with other artists in 2009, and has since composed music for such artists as Kotoko, ClariS, Maon Kurosaki, and fellow dōjin musician Ryo of Supercell.

ClariS is a Japanese pop music duo which formed in 2009 with singers Clara and Alice from Hokkaido, who were in junior high school at the time. The pair began singing covers and submitting them to the Niconico video sharing website between 2009 and 2010. ClariS later signed to SME Records and released their debut single "Irony" in October 2010. Three more singles were released between 2011 and 2012, followed by their debut album Birthday (2012). Birthday was awarded a Gold Disc by the Recording Industry Association of Japan for having exceeded 100,000 copies shipped in a single year. Six more singles were released between 2012 and 2014, which were featured on their second album Second Story (2013) and third album Party Time (2014). Alice left the unit following Party Time's release, and Karen joined ClariS in late 2014. ClariS moved to the Sacra Music record label under Sony Music Entertainment Japan in 2017. 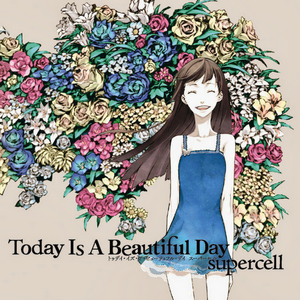 Today Is A Beautiful Day is the second studio album by Japanese J-pop band Supercell, released on March 16, 2011 by SME. The album contains 13 music tracks written by Ryo, and sung by Nagi Yanagi, though officially Yanagi is not a member of Supercell. Five of the tracks were previously released on three of Supercell's singles. Two different editions of the album were released: a regular CD version and a CD+DVD limited edition. Today Is A Beautiful Day peaked at No. 3 on the Japanese Oricon weekly albums chart, and in July 2011 was awarded a Gold Disc by the Recording Industry Association of Japan for having exceeded 100,000 copies shipped in a single year. 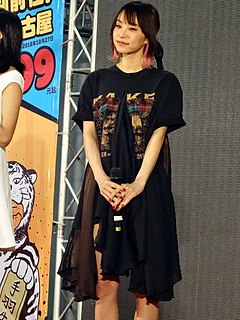 Nagi Yanagi is a Japanese singer and songwriter from Osaka Prefecture who is signed to NBCUniversal Entertainment Japan. After becoming interested in music early in life, she began singing and writing original songs. In 2006, she began uploading her music to Niconico and other websites. Between 2009 and 2011, Yanagi was the guest vocalist of the J-pop band Supercell. Yanagi released her solo debut single "Vidro Moyō" in February 2012, which is used as the ending theme to the anime Waiting in the Summer. 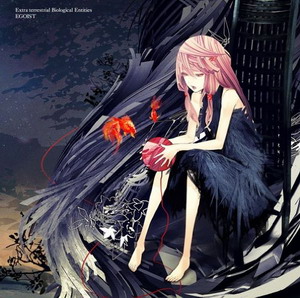 Extra terrestrial Biological Entities is the debut studio album of the Japanese J-pop band Egoist, released on September 19, 2012 by Sony Music. The album contains 12 music tracks written by Ryo of Supercell and sung by Chelly, who also wrote the lyrics for the song "LoveStruck". Two of the tracks were previously released on two of Egoist's singles. Two different editions of the album were released: a regular CD version and a CD+DVD limited edition. Extra terrestrial Biological Entities peaked at No. 9 on the Japanese Oricon weekly albums chart.

Wooser's Hand-to-Mouth Life is a Japanese short CG anime series by Sanzigen, based on a short journal column created by Supercell member Yoshiki Usa and illustrator Tomoko Fujinoki. The series aired on TV Tokyo between October and December 2012, and was streamed on Nico Nico Douga and Crunchyroll. A second season began airing on January 2014 and ended on March 25, 2014. A third season began airing on July 3, 2015 and ended on September 25, 2015.

Egoist is a Japanese pop music duo consisting of songwriter Ryo of Supercell and vocalist Chelly. Originally formed to produce theme music for the 2011 anime television series Guilty Crown, the group continued creating other songs after the end of the series including themes for other anime television series including Psycho-Pass and Kabaneri of the Iron Fortress. Egoist's debut album Extra terrestrial Biological Entities was released in September 2012.

Aya Itō, better known by her stage name Luna Haruna is a Japanese singer and fashion model from Tokyo who is signed to Sacra Music.

Noragami is a Japanese manga series written and illustrated by Adachitoka. It began serialization in Kodansha's Monthly Shōnen Magazine in January 2011's issue. The series has been collected into twenty-one tankōbon volumes as of March 2020. An anime television series adaptation by Bones aired in Japan beginning from January 5, 2014 to March 23, 2014, with a total of 12 episodes. The second season, titled Noragami Aragoto, aired in Japan from October 2, 2015 to December 25, 2015, with a total of 13 episodes.

Zigaexperientia is the third studio album by the Japanese J-pop band Supercell, released on November 27, 2013 by SME. The album contains 15 music tracks written by Ryo, and sung by Koeda, though officially Koeda is not a member of Supercell. Six of the tracks were previously released on five of Supercell's singles. Three different editions of the album were released: a regular CD version, a CD+DVD limited edition, and a CD+BD limited edition. Zigaexperientia peaked at No. 7 on the Japanese Oricon weekly albums chart.

Charlotte is a 2015 Japanese anime television series produced by P.A.Works and Aniplex and directed by Yoshiyuki Asai. The anime aired 13 episodes in Japan between July 5 and September 27, 2015. An original video animation episode was released in March 2016. Two manga series were serialized in ASCII Media Works' Dengeki G's Comic. The story takes place in an alternate reality where a small percentage of children manifest superhuman abilities upon reaching puberty. A focus is placed on Yuu Otosaka, a high school boy who awakens the ability to temporarily possess others, which brings him to the attention of Nao Tomori, the student council president of a school founded as a haven for children with such abilities.

Yunchi, stylized as Yun*chi is a Japanese singer and fashion model affiliated with Asobi System and Crown Records. She made her debut as a singer in 2012 with the release of her first mini-album Yun*chi. In 2013, she released her first single "Your Song", which was used in the anime series Log Horizon. Her first full album Asterisk was released in 2014. She has also appeared at events in Indonesia and the United Kingdom.

Reona is a Japanese musician and cosplayer who is signed to Sacra Music. Having been active as a cosplayer and independent musician, she made her major debut in 2018 as the singing voice of the character Elsa Kanzaki in the anime series Sword Art Online Alternative: Gun Gale Online. Her first single under her own name was released in August 2018.