The station was built in 1877, two years before the line from Gympie to Maryborough was completed. It consisted of a station building and a platform, and two sidings running parallel to the main North Coast line. [2] [3] After the station closed, the building was moved to Mayne Street and restored as a tourist information centre. Some of the siding platforms still exist, however the station platform has been removed. 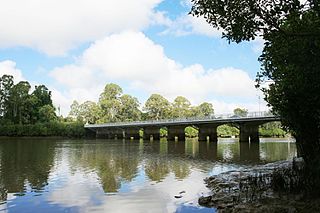 Maryborough is a city and a suburb in the Fraser Coast Region, Queensland, Australia. As of June 2018 Maryborough had an estimated urban population of 27,282, having grown slightly at an annual average of 0.12% year-on-year over the preceding five years.

The North Coast railway line is a 1,681 kilometres (1,045 mi) 3-foot 6-inch gauge railway line in Queensland, Australia. It commences at Roma Street station, Brisbane, and largely parallels the Queensland coast to Cairns in Far North Queensland. The line is electrified between Brisbane and Rockhampton. Along the way, the 1680 km railway passes through the numerous towns and cities of eastern Queensland including Nambour, Bundaberg, Gladstone, Rockhampton, Mackay and Townsville. The line though the centre of Rockhampton runs down the middle of Denison Street. 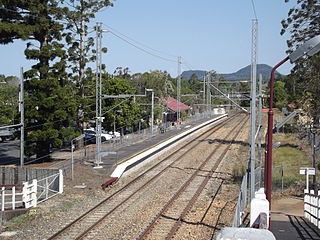 Cooroy railway station is a heritage-listed railway station at 14 Myall Street, Cooroy, Shire of Noosa, Queensland, Australia. It is on the North Coast railway line serving the town of Cooroy. It was designed by the Office of the Chief Engineer of Queensland Rail and built in 1890 by Fitzwilliam Williams. It opened on 17 July 1891 with the opening of the line from Cooran. It was added to the Queensland Heritage Register on 14 August 2008.

Tiaro is a small town and a locality in the Fraser Coast Region, Queensland, Australia. In the 2016 census, Tiaro had a population of 758 people. 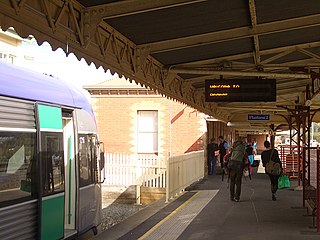 Ararat railway station is located on the Serviceton and Western standard gauge lines, in Victoria, Australia. It serves the town of Ararat, and opened on 7 April 1875. It is also the junction for the Ararat – Maryborough line. 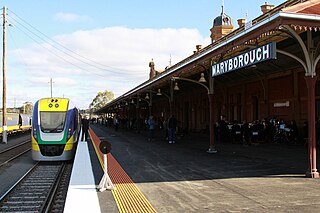 The City of Maryborough was a local government area located in the Wide Bay–Burnett region of Queensland, Australia, containing the urban locality of Maryborough as well as the southern half of Fraser Island. The City covered an area of 1,233.9 square kilometres (476.4 sq mi), and existed as a local government entity from 1861 until 2008, when it was amalgamated with the City of Hervey Bay, Shire of Woocoo and the 1st and 2nd divisions of the Shire of Tiaro to form the Fraser Coast Region.

The Fraser Coast Region is a local government area in the Wide Bay–Burnett region of Queensland, Australia, about 250 kilometres (160 mi) north of Brisbane, the state capital. It is centred on the twin cities of Hervey Bay and Maryborough, and also contains Fraser Island. It was created in 2008 from a merger of the Cities of Maryborough and Hervey Bay and the Shires of Woocoo and most of Tiaro. In June 2018 it had a population of 105,463. 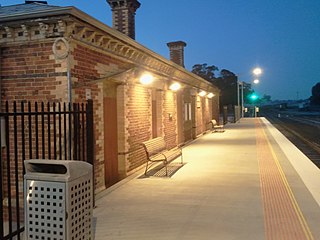 Clunes railway station is located on the Mildura line in Victoria, Australia. It serves the town of Clunes, opening in 1874. The station closed on 12 September 1993 when The Vinelander was withdrawn and replaced by road coaches, but reopened on 3 December 2011 as an additional station on the reopened line to Maryborough.

Maryborough West railway station is located on the North Coast line in Queensland, Australia. It serves the city of Maryborough. 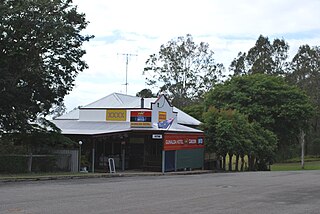 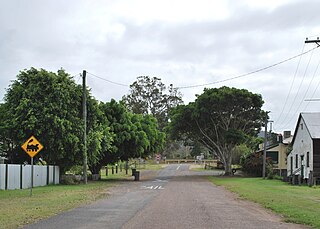 Gundiah is a town and a locality in the Fraser Coast Region, Queensland, Australia. In the 2016 census, Gundiah had a population of 123 people.

The Mount Perry Branch Railway is a closed railway line in Central Queensland, Australia. In 1869 copper was discovered at Mount Perry and the township grew rapidly. A railway to the coast was essential to provide cheap transport and make the mining of low percentage ore viable. Maryborough and Bundaberg vied for the opportunity to be the terminus and the latter city was successful. 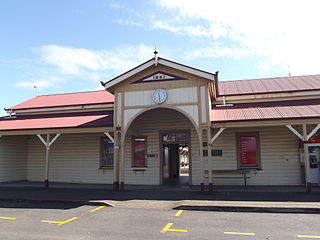 Gin Gin railway station is a heritage-listed railway station at Mulgrave Street, Gin Gin, Bundaberg Region, Queensland, Australia. It was built from 1888 to c. 1928. It is also known as Gin Gin Railway Station, Goods Shed & Refreshment Rooms. It was added to the Queensland Heritage Register on 28 July 2000.