Tic Talk: Living with Tourette Syndrome is a book written by Dylan Peters, a 9-year-old boy with Tourette syndrome (TS). In this personal narrative, Peters gives a timeline of events from his TS diagnosis to when he tells his friends and classmates he has TS.

Peters introduces himself by telling the reader how old he is and about his family. To delve further into his personality he states what sports and school subjects he likes most. When he was four years old he began to have tics, and his parents took him to a neurologist who prescribed medicine which would help reduce the intensity of the tics. The tics still occurred with medication. As the tics progressed in strength and intensity, Peters began to wonder if his friends would notice and if they would think he was strange. His friends began to ask questions about why he would do certain things such as blink twice or jerk his head. In the third grade, he decided to tell his friends and classmates of his Tourette syndrome. As the date of getting in front of his class to tell of his syndrome approached, his tics worsened. The day came and his mother went in to define Tourette syndrome for the class. Dylan then told his friends of his story so they could better understand him. After he did this his tics decreased in intensity. In the end he stated that this was most likely because he was not scared or nervous about what his friends would think anymore.[ citation needed ] In his last paragraph Peters stated that having Tourette syndrome does not change a person, it is just what makes that person who they are as a part of their personality.

The narrative starts with a foreword by former Major League Baseball player, Jim Eisenreich. Eisenreich, like Peters, grew up with Tourette syndrome; he commends Peters for writing his own narrative at such a young age and refers to the narrative as a "masterpiece". [1]

According to the Canadian Family Physician: [2]

Through simple, straightforward writing and child-oriented illustrations by buddy Zachary Wendland, Dylan Peters has created an appealing "storybook" resource for other kids. The title of the book pretty much explains what the book is about. The book is a useful tool for elementary-level students and their parents and teachers.

The book won a National Parenting Publications Awards (NAPPA) for books ages six and up. [3]

Tourette syndrome is a common neurodevelopmental disorder that begins in childhood or adolescence. It is characterized by multiple movement (motor) tics and at least one vocal (phonic) tic. Common tics are blinking, coughing, throat clearing, sniffing, and facial movements. These are typically preceded by an unwanted urge or sensation in the affected muscles, can sometimes be suppressed temporarily, and characteristically change in location, strength, and frequency. Tourette's is at the more severe end of a spectrum of tic disorders. The tics often go unnoticed by casual observers.

Coprolalia is involuntary swearing or the involuntary utterance of obscene words or socially inappropriate and derogatory remarks. Coprolalia comes from the Greek κόπρος (kópros), meaning "dung, feces", and λαλιά (laliā́) "speech", from λαλεῖν (laleîn) "to talk". 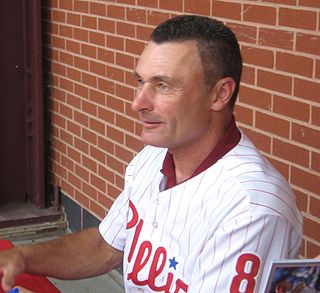 James Michael Eisenreich is an American former Major League Baseball player with a 15-year career from 1982–1984 and 1987–1998. He played for the Minnesota Twins and Kansas City Royals of the American League, and the Philadelphia Phillies, Florida Marlins and Los Angeles Dodgers of the National League. He played first base, outfield and designated hitter. 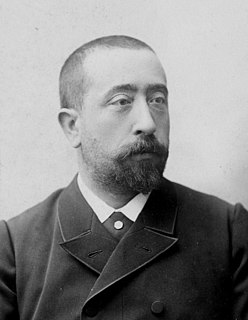 Georges Albert Édouard Brutus Gilles de la Tourette was a French physician and the namesake of Tourette syndrome, a neurological condition characterized by tics. He could be retrospectively classified as a neurologist, but the field did not exist in his time. His main contributions in medicine were in the fields of hypnotism and hysteria.

Societal and cultural aspects of Tourette syndrome include legal, advocacy and health insurance issues, awareness of notable individuals with Tourette syndrome, and treatment of TS in the media and popular culture.

Tourette syndrome is an inherited neurodevelopmental disorder that begins in childhood or adolescence, characterized by the presence of motor and phonic tics. The management of Tourette syndrome has the goal of managing symptoms to achieve optimum functioning, rather than eliminating symptoms; not all persons with Tourette's require treatment, and there is no cure or universally effective medication. Explanation and reassurance alone are often sufficient treatment; education is an important part of any treatment plan.

Brad Cohen is an American motivational speaker, teacher, school administrator, and author who has severe Tourette syndrome (TS). Cohen described his experiences growing up with the condition in his book, Front of the Class: How Tourette Syndrome Made Me the Teacher I Never Had, co-authored with Lisa Wysocky. The book has been made into a Hallmark Hall of Fame TV movie titled Front of the Class, and adapted into a hit Bollywood film Hichki.

The Tourette Association of America (TAA), based in Bayside, New York, United States, is a non-profit voluntary organization and the only US health-related organization serving people with Tourette syndrome. It was founded in 1972 as the Tourette Syndrome Association (TSA) by five couples, parents of children with Tourette syndrome including Bill and Eleanor Pearl, along with psychiatrist Arthur K. Shapiro and his wife, Elaine. In 2015, the organization's name was changed from TSA to TAA.

Arthur K. Shapiro, M.D., was a psychiatrist and expert on Tourette syndrome. His "contributions to the understanding of Tourette syndrome completely changed the prevailing view of this disorder"; he has been described as "the father of modern tic disorder research" and is "revered by his colleagues as the first dean of modern Tourette syndrome researchers".

I Have Tourette's but Tourette's Doesn't Have Me is a 2005 documentary film featuring children between the ages of six and thirteen with Tourette syndrome. The film examines the lives of more than a dozen children who have Tourette's, and explores the challenges they face.

Klazomania refers to compulsive shouting; it has features resembling the complex tics such as echolalia, palilalia and coprolalia seen in tic disorders, but has been seen in people with encephalitis lethargica, alcohol abuse and carbon monoxide poisoning. It was first reported by L. Benedek in 1925 in a patient with postencephalitic parkinsonism. Little is known about the condition, and few cases have been reported. 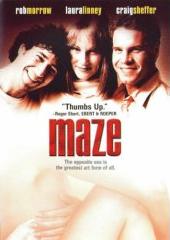 Maze is a 2000 romance film about a New York painter and sculptor—Lyle Maze —with Tourette syndrome (TS) and obsessive–compulsive disorder (OCD), who falls in love with Callie, the pregnant girlfriend of Maze's best friend Mike while Mike is away on a long stay in Africa as a doctor. 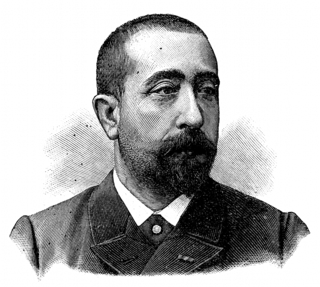 Tourette syndrome is an inherited neurological disorder that begins in childhood or adolescence, characterized by the presence of multiple physical (motor) tics and at least one vocal (phonic) tic.

"Le Petit Tourette" is the eighth episode of the eleventh season of the animated television series South Park, and the 161st episode overall. It first aired on Comedy Central in the United States on October 3, 2007. This episode marked the beginning of the second half of the eleventh season. In the episode, Cartman pretends to have Tourette syndrome (TS) so that he can say whatever he wants without getting into trouble. It eventually leads to trouble and he ends up saying things that he would never say. The episode's title is a play on the title of Jean-Luc Godard's 1963 film Le Petit Soldat.

Nick van Bloss is an English classical pianist and author who has Tourette syndrome. He studied at the Royal College of Music in London.

The health of Samuel Johnson has been a focus of the biographical and critical analysis of his life. His medical history was well documented by Johnson and his friends, and those writings have allowed later critics and doctors to infer diagnoses of conditions that were unknown in Johnson's day. 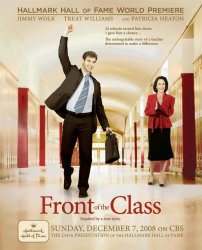 Front of the Class is a 2008 American docudrama film directed by Peter Werner that is based on the book Front of the Class: How Tourette Syndrome Made Me the Teacher I Never Had by Brad Cohen and co-authored by Lisa Wysocky, which tells of Cohen's life with Tourette syndrome and how it inspired him to teach other students.

Marc Elliot is an American author and inspirational speaker who has been diagnosed with Tourette syndrome. Once he completed his graduation, Elliot embarked on a nationwide speaking tour outlining his experiences on growing up with Tourette's and advocating tolerance. He has given about 300 inspirational talks in roughly 40 states. He has penned a book about his condition and the importance of tolerance titled What Makes You Tic? My Journey From Tourette's To Tolerance.
He is now based in Manhattan.