Tickle Cove Pond was written by Mark Walker (songwriter), a fisherman and songwriter who lived in Tickle Cove, Bonavista Bay in Newfoundland, Canada during the late 19th century. This song is prized locally for the beauty and wit of the lyrics, which turn a mundane event into an act of heroism. Although most Newfoundland songs are passed on by ear alone, in recent years it has been recorded by Sean Sullivan & Rob Slaney (in Our Songs Vol. 2: Favorite Songs of Newfoundland & Labrador), Ron Hynes (in Another Time: The Songs Of Newfoundland), by Great Big Sea, who have released an album entitled The Hard and the Easy and by Wakami Wailers on the album River Through the Pines. They have also released a DVD with a companion CD entitled Courage & Patience & Grit in reference to a verse from Tickle Cove Pond. In addition, this song has been recorded by a St. John's Traditional Folk group called Connemara. It was also recorded by the Vermont-based ensemble Nightingale.

Additional Info: Mark Walker was born at Tickle Cove, Bonavista Bay South (BBS), Newfoundland, Canada in 1846. His father was Marcus Walker of County Tipperary, Ireland; his mother - Jane Mackey of Bonavista, Newfoundland. Mark Walker moved to Sweet Bay, BBS, in the 1880s where he worked as post master, as well as in both the fishing and lumber trades. In 1908, he and his family moved to Massachusetts, USA. Walker died in 1928. 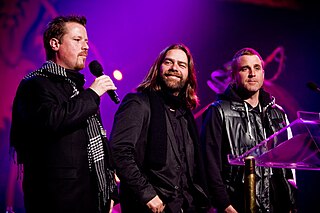 Great Big Sea was a Canadian folk rock band from Newfoundland and Labrador, best known for performing energetic rock interpretations of traditional Newfoundland folk songs including sea shanties, which draw from the island's 500-year Irish, Scottish, and Cornish heritage. The band was very successful in Canada, with eleven of their albums being certified Gold in the country, including four being certified Platinum and two achieving multi-platinum certifications. Between 1996 and 2016, Great Big Sea was the sixteenth best-selling Canadian artist in Canada and the sixth best-selling Canadian band in Canada. 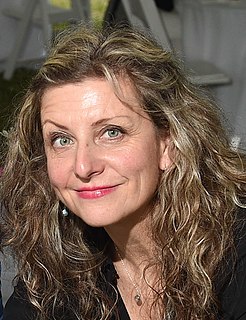 Kim Stockwood is a Canadian pop musician, singer and composer originally from St. John's, Newfoundland and Labrador. She has recorded as a solo artist and also as a member of Atlantic Canadian music group Shaye with Damhnait Doyle and Tara MacLean. 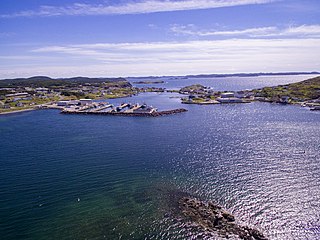 Twillingate is a town of 2,121 people located on the Twillingate Islands ("Toulinquet") in Notre Dame Bay, off the north eastern shore of the island of Newfoundland in the province of Newfoundland and Labrador, Canada. The town is about 100 kilometres (62 mi) north of Lewisporte and Gander. 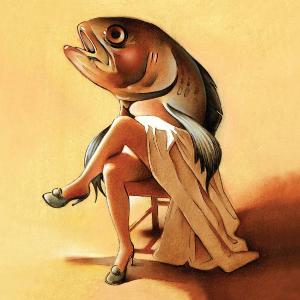 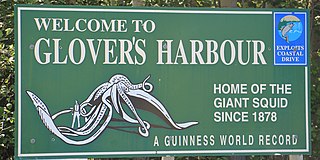 Glovers Harbour, formerly known as Thimble Tickle(s), is an unincorporated community and harbour in the Canadian province of Newfoundland and Labrador. It is located in Notre Dame Bay on the northern coast of the island of Newfoundland. As a local service district, it is led by an elected committee that is responsible for the delivery of certain essential services. It is delineated as a designated place for statistical purposes.

Area code 709 is the telephone area code in the North American Numbering Plan (NANP) for the entire Canadian province of Newfoundland and Labrador.

Open Hall-Red Cliffe is a local service district and designated place in the Canadian province of Newfoundland and Labrador. 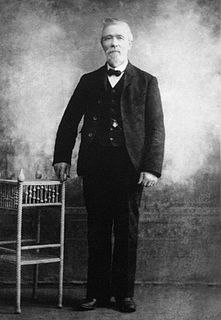 Mark Walker (1846–1924) was a fisherman and songwriter from Tickle Cove, Bonavista Bay, Newfoundland. He is best remembered for writing the song "Tickle Cove Pond".

Dover is a small incorporated fishing and lumbering village located in a small cove at the head of Freshwater Bay, Bonavista Bay, Newfoundland, Canada. Settled in the early 1890s it was originally known as Shoal Bay, presumably from its many shallow coves and inlets in the area. From the 1950s to the 1970 Shoal Bay was referred to as Wellington , whereas the local residents called it Dover.

Plate Cove East is a small community located in Bonavista Bay, Newfoundland and Labrador. It is part of the federal electoral riding of Bonavista—Gander—Grand Falls—Windsor. It was officially a town from 1960 until 2004. In 1966 it had a population of 237. In 2011 there were 89 inhabitants.

Naboth Winsor was born to Robert Stewart Winsor and Jane (Butt) Winsor, on Winsor's Island, one of the islands comprising Swain's Island, Bonavista Bay, Newfoundland. Winsor and his family moved to nearby Wesleyville when he was four years old. Winsor received a Bachelor of Arts Degree, the Degree of Master of Divinity, and a Master of Arts Degree. He was an Ordained United Church Minister, and later, an author. Winsor was a United Church Minister for forty-four years, and he wrote several books on certain aspects of Newfoundland History, primarily on areas in Bonavista Bay, Newfoundland.

The Irish Descendants are a folk group from the Atlantic province of Newfoundland and Labrador, Canada. All the members, born of Irish emigrants, were workers in the Newfoundland fishing industry before forming the band in 1990 out of the remnants of two former Newfoundland bands – The Descendants and Irish Coffee. The group helped to popularise traditional Newfoundland music to a wider Canadian audience in the early 1990s, along with other bands such as Great Big Sea. Their popularity within the province itself led to their selection as the official band of the province's 500th anniversary celebrations, during which they performed for the Queen. Tension within the group caused co-frontman D'Arcy Broderick to leave soon after this period, and their lineup has frequently changed since then, with frontman Con O'Brien being the only constant member. Regular touring and occasional album releases, most recently Southern Shore in 2007, have kept the group in the public eye. 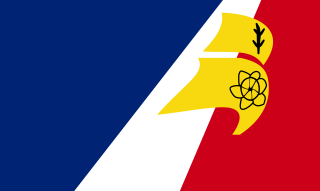 The Pat and Joe Byrne band is a Newfoundland traditional folk music group that is well known for writing songs about the lifestyle that goes with living on the island of Newfoundland. Formed in the early 1980s and only releasing two studio albums, the group still plays shows at local bars and pubs.