Ticonderoga Publications is an Australian independent publishing house founded by Russell B. Farr in 1996 and now run by Farr [1] and Liz Grzyb. The publisher specializes in collections of science fiction short stories.

Ticonderoga Publications suspended producing books in 1999 when the Australian government brought in the GST (Goods and Services Tax) that raised the price of books by ten percent, [2] with the editor concentrating on his TiconderogaOnline webzine instead. [3]

In 2005, Ticonderoga Publications announced resumed publication with two new anthologies released in late 2006-early 2007. In 2006, it published Troy, a collection by Simon Brown. [4] In 2007, it published the Ditmar Award winning Fantastic Wonder Stories, edited by Russell B. Farr.

In 2008, Ticonderoga Publications published Magic Dirt: the best of Sean Williams, winner of the inaugural Aurealis Award for Best Collection.

From 2010 to 2015, Ticonderoga Press published The Year's Best Australian Fantasy and Horror series, edited by Liz Grzyb and Talie Helene. [6]

The West Australian newspaper has described Ticonderoga Publications as one of "the most important micropresses in Australia". [7] 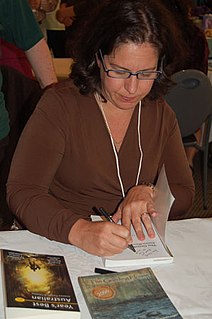 Kaaron Warren is an Australian author of horror, science fiction, and fantasy short stories and novels.

Martin Livings is an Australian author of horror, fantasy and science fiction. He has been writing short stories since 1990 and has been nominated for both the Ditmar Award and Aurealis Award. Livings resides in Perth, Western Australia. 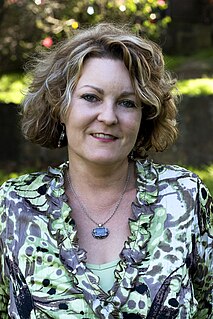 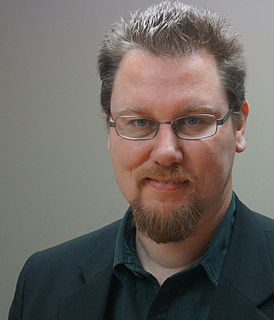 Shane Jiraiya Cummings is an Australian horror and fantasy author and editor. He lives in Sydney with his partner Angela Challis. Cummings is best known as a short story writer. He has had more than 100 short stories published in Australia, New Zealand, North America, Europe, and Asia. As of 2015, he has written 12 books and edited 10 genre fiction magazines and anthologies, including the bestselling Rage Against the Night.

Jason Nahrung is an Australian horror author and journalist who lives in Melbourne with his partner Kirstyn McDermott. Nahrung has previously written for The Courier-Mail newspaper in Queensland, with a special interest in speculative fiction and horror-related topics. He was co-winner the 2005 William Atheling Jnr award for Criticism or Review. His first novel, The Darkness Within, was published in June 2007 by Hachette Livre in Australia. Nahrung has also published some horror and speculative fiction short stories. 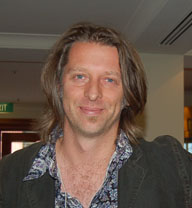 Paul Haines was a New Zealand-born horror and speculative fiction writer. He lived in Melbourne with his wife and daughter.

The William Atheling Jr. Award for Criticism or Review are a Special Category under the Ditmar Awards. "The Athelings", as they are known for short, are awarded for excellence in science fiction and speculative criticism, and were named for the pseudonym used by James Blish for his critical writing.

Underland Press is a publishing company founded by Victoria Blake, a writer and the former prose editor for Dark Horse Comics. Underland Press was sold to Resurrection House in September 2013.

Chimaera Publications is a publisher based in Mount Waverley, Victoria, Australia. The company currently publishes the speculative fiction magazine Aurealis as well as running the Aurealis Awards. 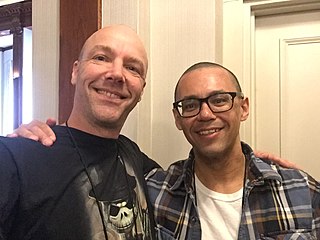 Alan Richard Baxter is a British-Australian author of supernatural thrillers, horror and dark fantasy, and a teacher of kung fu. 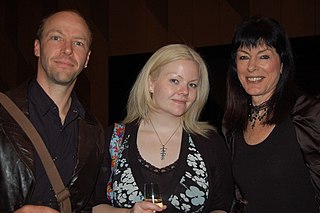 Felicity Dowker is a speculative fiction writer from Victoria, Australia. She is predominantly recognised as a writer in the horror genre.

Deborah Biancotti is an Australian writer of speculative fiction.