The core functionality of TWA is the ability to schedule batch jobs. It is designed to carry out repetitive tasks as defined in a schedule based upon calendar and event conditions. A calendar can be simple or intricate depending upon design. [2]

Tidal works as a distributed system that can be controlled from a centralized location (master server) which agents connect to. This allows batch jobs to be run, unattended in the background across a list of servers. [3]

It is used by a large distribution of organizations and has helped to define the industry. It is in use by over 400 organizations. [4]

Tidal Workload Automation is one of the oldest enterprise batch schedulers still in active production. It dates back to 1979 when it was originally created by Tidal Software in Palo Alto, California. [5]

In 2009 it was purchased by Cisco Systems and renamed to Cisco Workload Automation (CWA). [6] [7]

Agents are supported on the following platforms:

Beyond simply running jobs, in the background, on a schedule, a more elaborate set of functionality is provided:

Notable issues may include GUI performance and lag during user interaction. Performance of the interface may degrade when displaying large lists of jobs or agents. [10] No studies or benchmarks showing performance data have been published. Performance concerns may be highly dependent on underlying hardware and architecture implementations.

Tidal is geared towards supporting new technologies including cloud, mobile, and big data. It is designed for scalability and automation. It has been built to work as a component with Cisco's other technologies. [11] [3] 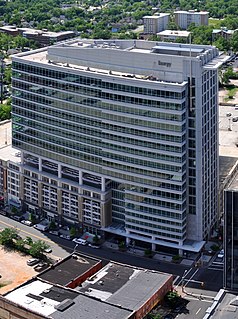 Red Hat, Inc. is an American multinational software company that provides open source software products to enterprises. Founded in 1993, Red Hat has its corporate headquarters in Raleigh, North Carolina, with other offices worldwide. It became a subsidiary of IBM on July 9, 2019.

Cisco Systems, Inc. is an American multinational technology conglomerate headquartered in San Jose, California, in the center of Silicon Valley. Cisco develops, manufactures and sells networking hardware, software, telecommunications equipment and other high-technology services and products. Through its numerous acquired subsidiaries, such as OpenDNS, Webex, Jabber and Jasper, Cisco specializes in specific tech markets, such as the Internet of Things (IoT), domain security and energy management. On January 25, 2021, Cisco reincorporated in Delaware. 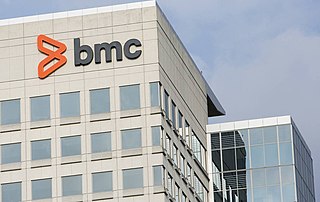 BMC Software, Inc. is an American enterprise software company. BMC offers software as a service (SaaS)-based and on-premises software and services in areas including cloud computing, IT service management, automation, IT operations, and mainframe. BMC is a privately held multinational firm operating in North America, South America, Australia, Europe, and Asia and has multiple offices located around the world. The company's international headquarters is located in Houston, Texas, United States.

Opsware, Inc. was a software company based in Sunnyvale, California, that offered products for server and network device provisioning, configuration, and management targeted toward enterprise customers. Opsware had offices in New York City, Redmond, Washington, Cary, North Carolina, and an engineering office in Cluj, Romania.

A job scheduler is a computer application for controlling unattended background program execution of jobs. This is commonly called batch scheduling, as execution of non-interactive jobs is often called batch processing, though traditional job and batch are distinguished and contrasted; see that page for details. Other synonyms include batch system, distributed resource management system (DRMS), distributed resource manager (DRM), and, commonly today, workload automation (WLA). The data structure of jobs to run is known as the job queue.

Tivoli Software encompasses a set of products originally developed by Tivoli Systems Inc. IBM bought the company and ran the operation as its Tivoli Software division. Additional products were acquired and run under the Tivoli portfolio brand. IBM began phasing out use of the Tivoli brand in 2013 and by 2016 had moved the portfolio products into a revised and rebranded hierarchy. 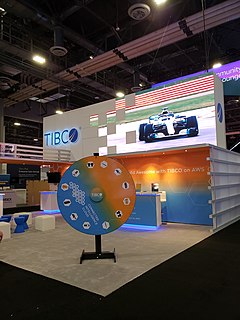 TIBCO Software Inc. is a company that specializes in big data and software integrations.

The JobScheduler is an open-source computer application for enterprise-level scheduling and process automation. It is used to launch executable files and shell scripts and to automatically run database procedures. The JobScheduler stores status and historical information in a backend database management system.

The JAMS Scheduler uses a master/agent configuration and automates application processes on a variety of operating systems and architectures. It specializes in the Windows space, but was originally developed for OpenVMS users. The vendor claims over 800 customers worldwide. JAMS offers tight integration with Microsoft Windows scripting environment Windows PowerShell. They are a Microsoft partner and an Oracle Corporation partner.

Advanced Systems Concepts, Inc. (ASCI) provides job scheduling, scripting and command language, and data replication and recovery software. Founded in 1981 in Hoboken, the company is now based in Morristown, New Jersey. Initially, the company was focused on the development of products for former Digital Equipment Corporation’s (DEC) OpenVMS operating system (OS) product; now they can be used across different platforms and technologies, including Microsoft Windows, Linux, UNIX, and OpenVMS. Its products include ActiveBatch, XLNT, and RemoteSHADOW.

CA-7 is a job scheduling / workflow automation software package sold by CA Technologies. It is commonly used by banks and other large enterprises with IBM mainframe IT computing platforms. In 1987, Computer Associates took ownership of the product when it acquired its archrival, UCCEL Corporation. CA subsequently renamed it from UCC-7 to CA-7, as was done with product prefixes for UCC-1 and UCC-11, etc.