Tidelands is the second studio album by American rock band The Moondoggies. It was released in October 2010 under Hardly Art.

The Moondoggies is a rock band from Everett, Washington. Formed in 2005 by Kevin Murphy, Caleb Quick, Carl Dahlen, and Robert Terreberry. They have been described as "seriously kick-ass" by Austin Scaggs of Rolling Stone. The band has released three albums and one EP on Hardly Art, an imprint of Sub Pop Records.

Hardly Art is an American independent record label based in Seattle, Washington. Founded in early 2007 by Sub Pop Records, Hardly Art is run by three full-time employees and is distributed by the Alternative Distribution Alliance (ADA) and Sub Pop. The label's name comes from a lyric from the song "No Culture Icons" by the Thermals. In 2016, the label was recognized for its contributions to independent music with a Genius Award Nomination from The Stranger. 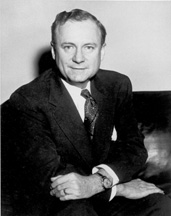 Marion Price Daniel Sr., was a Democratic U.S. Senator and the 38th Governor of the state of Texas. He was appointed by President Lyndon B. Johnson to be a member of the National Security Council, Director of the Office of Emergency Preparedness, and Assistant to the President for Federal-State Relations. Daniel also served as Associate Justice of the Texas Supreme Court.

Tideland is the third published book by author Mitch Cullin, and is the third installment of the writer's Texas Trilogy that also includes the coming-of-age novel Whompyjawed and the novel-in-verse Branches. 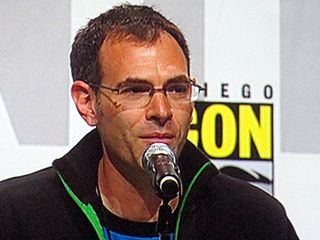 Vincenzo Natali is an American-Canadian film director and screenwriter, best known for writing and directing science fiction films such as Cube, Cypher, Nothing, and Splice. 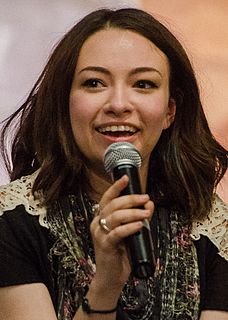 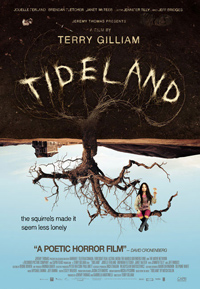 Tideland is a 2005 British-Canadian noir fantasy film co-written and directed by Terry Gilliam. It is an adaptation of Mitch Cullin's novel of the same name. The film was shot in Regina, Saskatchewan, Canada, and the surrounding area in the fall and winter of 2004. The world premiere was at the 2005 Toronto International Film Festival where the film was met with mixed response from both viewers and critics. After little interest from U.S. distributors, THINKFilm picked the film up for a U.S. release date in October 2006.

Lake Man is an area of wetlands in Okinawa that is located between the cities of Naha and Tomigusuku, and within Manko Park. Despite being called "Lake Man", it is in fact a wetland and not a lake. Lake Man covers .11 square kilometres (0.042 sq mi).

Jeff Danna is a Canadian composer.

Alex Andreas is an Australian actor known for his roles in television, film and theatre. His recent credits include ‘Lev Nuyland’ in the Netflix series Tidelands and 'Detective Hendry’ in the drama series Underbelly Files: Chopper. 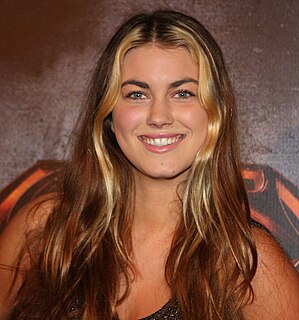 Charlotte Elise Best is an Australian actress and model. She is best known for her role in the show Home and Away as the young girl in the Campbell Family, Annie Campbell.

Shine Tidelands State Park is a 249-acre (101 ha) Washington state park located in Jefferson County, seven miles (11 km) south of Port Ludlow. The park has 5,000 feet (1,500 m) of shoreline on Bywater Bay adjacent to the west end of the Hood Canal Bridge and offers activities including picnicking, fishing, shellfish harvesting, beachcombing, birdwatching, windsurfing, and wildlife viewing. In 2014, the park was expanded to include the former Wolfe and Point Hannon properties.

The Carpinteria Offshore Oil Field is an oil and gas field in Santa Barbara Channel, south of the city of Carpinteria in southern California in the United States. Discovered in 1964, and reaching peak production in 1969, it has produced over 106 million barrels of oil in its lifetime, and retains approximately 2 million barrels in reserve recoverable with present technology, according to the California State Department of Natural Resources. Currently the field is produced from three drilling platforms four to five miles offshore, within Federal waters outside of the tidelands zone. Two of the platforms are operated by Pacific Operators Offshore LLC (PACOPS), the operating arm of Carpinteria-based Carone Petroleum; the other platform is operated by Dos Cuadras Offshore Resources (DCOR). The Carpinteria field is the 50th largest field in California by total original oil in place, as of the end of 2008.

The Kadıköy İnciburnu Feneri is a lighthouse located at the head of Kadıköy Harbor's İnciburnu Breakwater on the Anatolian coast of Bosporus' south entrance, in Kadıköy district of Istanbul, Turkey. It is across from the Ahırkapı Feneri, which is on the Rumelian coast of the strait at a distance of 1.5 nmi. A line connecting the two lighthouses marks the southern boundary of the Port of Istanbul.

Tideland Signal, sometimes referred to as Tidelands, is a privately held, Houston, Texas based manufacturer of marine navigational aids, with main offices in Lafayette, Louisiana, Vancouver, British Columbia, Canada, Burgess Hill, UK, Dubai, United Arab Emirates and Singapore. It is the manufacturer of the ML-300 lantern, widely used in lighthouses around the world for more than 50 years. In 2016, Tideland was acquired by Xylem, Inc.

Adiós I'm a Ghost is the third studio album from American rock band The Moondoggies. It was released in August 2013 in Hardly Art.

Marco Fábio Maldonado Pigossi is a Brazilian actor. He is known for playing Dylan on the Australian television series Tidelands.

Tidelands is an Australian web television series. The eight-part series is written and created by Stephen M. Irwin and Leigh McGrath, and is produced by Hoodlum Entertainment. It was released on 14 December 2018 on Netflix.

Aaron Jakubenko is an Australian actor. He is known for playing Yuri in Conspiracy 365 and Augie McTeer in Tidelands.