Tidewater created the "work boat" industry with its 1956 launch of the Ebb Tide, the world's first vessel tailor-made to support the offshore oil and gas industry. Today, Tidewater is the leading and most experienced provider of OSVs in the global energy industry.

Tidewater has a global footprint, with over 90% of its fleet working internationally in more than 60 countries. Around the world, Tidewater transports crews and supplies, tow and anchor mobile rigs, assists in offshore construction projects and performs a variety of specialized marine support services. [1]

Quintin V. Kneen is the company's president, CEO & Director. The company was founded in 1956 by a group of investors led by the Laborde family. [2] 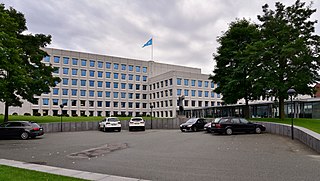 A.P. Møller – Mærsk A/S, also known simply as Maersk, is a Danish integrated shipping company, active in ocean and inland freight transportation and associated services, such as supply chain management and port operation. Maersk has been the largest container shipping line and vessel operator in the world since 1996. The company is based in Copenhagen, Denmark, with subsidiaries and offices across 130 countries and around 83,000 employees worldwide in 2020.

AET Tankers (AET) is a Malaysian-owned Singapore-headquartered owner and global operator of crude and clean petroleum tankers alongside specialist activities including dynamic positioning shuttle tankers (DPSTs), hydro-carbon capture and ship-to-ship lightering to oil and gas companies, refineries and petroleum traders. Its fleet of around 70 vessels make it one of the leading providers of maritime transport to the international petroleum industry.

Sembcorp Marine Limited SGX: S51 an Asian company based in Singapore. It is listed on the Singapore Exchange (SGX). It was a subsidiary of Sembcorp until 2020, when the companies demerged following Sembcorp Marine's poor financial performance.

A drillship is a merchant vessel designed for use in exploratory offshore drilling of new oil and gas wells or for scientific drilling purposes. In most recent years the vessels are used in deepwater and ultra-deepwater applications, equipped with the latest and most advanced dynamic positioning systems. 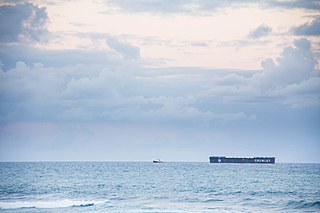 The American Bureau of Shipping (ABS) is an American maritime classification society established in 1862. Its stated mission to promote the security of life, property and the natural environment, primarily through the development and verification of standards for the design, construction and operational maintenance of marine and offshore assets.

MISC Berhad was incorporated in 1968 as Malaysia International Shipping Corporation Berhad and is the leading international shipping line of Malaysia. In September 2005, Malaysia International Shipping Corporation Berhad adopted its present corporate identity and changed its name to MISC Berhad. Its main shareholder is Petroliam Nasional Berhad (Petronas), the national oil conglomerate of Malaysia. The principal business of the Corporation consist of Ship owning, Ship operating, Other shipping related activities, Owning and operating of offshore floating facilities as well as Marine repair, Marine conversion and Engineering & Construction works. With a fleet of more than 120 vessels and a combined tonnage of more than 13,000,000 DWT.

Helix Energy Solutions Inc., known as Cal Dive International prior to 2006, is an American oil and gas services company headquartered in Houston, Texas. The company is a global provider of offshore services in well intervention and ROV operations of new and existing oil and gas fields.

EMAS is a global offshore contractor and provider of integrated offshore solutions to the oil and gas (O&G) industry and operating brand for Ezra Holdings. The business was founded in 1992 and is headquartered in Singapore. It began in Asia Pacific in the maritime industry with a fleet of vessels. The company quickly expanded, listing EMAS on the Singapore stock exchange in 2003 and adding fabrication facilities in Vietnam. Over the next few years, EMAS added its construction and production division, listed EOC Limited on the Oslo Stock Exchange in 2007 and created an energy division, offering onshore and offshore drilling and well services. In 2011, EMAS embarked on a highly strategic acquisition of Aker Marine Contractors, a subsea construction and installation technology group.

Hong Lam Marine is a ship owning company, and an operator of petroleum products and chemical tankers, based in Singapore. The company operates a fleet of 35 tankers, totaling a tonnage of 290 605 Deadweight-Tonnage (DWT). Hong Lam Marine has tankers operating within the ports of Singapore, Malaysia, the United Arab Emirates, Australia and in international waters. The tankers are purpose-built and its business activities are mainly in the chartering and ship management of these vessels. The tankers are used for bunkering marine fuels, transportation of jet fuel, supplying marine lubricants in bulk, drums and packs, and transportation of petroleum products and chemicals. 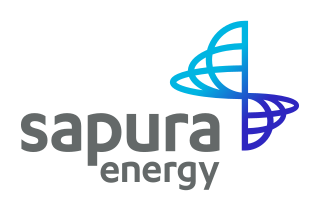 Sapura Energy Berhad is a Malaysian integrated oil and gas services company based in Seri Kembangan, Selangor. Sapura Energy trades in over 20 countries, such as China, Australia, United States of America, and those in Western Africa and the Middle East, employing approximately 13,000 people. Sapura Energy's operations cover exploration, development, production, rejuvenation, decommissioning, and abandonment. The company was formed via a merger between SapuraCrest and Kencana in May 2012 and trades on the Main Market of Bursa Malaysia Securities Berhad. The company was renamed as Sapura Energy Berhad on 24 March 2017.

The maritime industries of Taiwan are a large part of Taiwan's economy. Industries of particular importance are shipbuilding, boat building, maritime transport, aquaculture, mariculture, commercial fishing, seafood processing, offshore wind power and various forms of tourism. Deep sea mining, especially of dormant hydrothermal vents, is also being considered for the future. In 2018 Taiwan was the fourth largest yacht building nation. Taiwan is home to a number of maritime museums and maritime colleges.