Stock symbols are unique identifiers assigned to each security traded on a particular market. A stock symbol can consist of letters, numbers, or a combination of both, and is a way to uniquely identify that stock. The symbols were kept as short as possible to reduce the number of characters that had to be printed on the ticker tape, and to make it easy to recognize by traders and investors.

Symbols sometimes change to reflect mergers. Prior to the 1999 merger with Mobil Oil, Exxon used a phonetic spelling of the company "XON" as its ticker symbol. The symbol of the firm after the merger was "XOM". Symbols are sometimes reused. In the US the single-letter symbols are particularly sought after as vanity symbols. For example, since March of 2008 Visa Inc. has used the symbol V that had previously been used by Vivendi which had delisted and given up the symbol. [1]

To fully qualify a stock, both the ticker and the exchange or country of listing needs to be known. On many systems both must be specified to uniquely identify the security. This is often done by appending the location or exchange code to the ticker.

Although stock tickers identify a security, they are exchange dependent, generally limited to stocks and can change. These limitations have led to the development of other codes in financial markets to identify securities for settlement purposes. The most prevalent of these is the International Securities Identifying Number (ISIN). [2] An ISIN uniquely identifies a security and its structure is defined in ISO 6166. Securities for which ISINs are issued include bonds, commercial paper, stocks, and warrants. The ISIN code is a 12-character alpha-numerical code that does not contain information characterizing financial instruments, but serves for uniform identification of a security at trading and settlement.

The ISIN identifies the security, not the exchange (if any) on which it trades; it is therefore not a replacement for the ticker symbol. For instance, Daimler AG stock trades on twenty-two different stock exchanges worldwide, and is priced in five different currencies; it has the same ISIN on each (DE0007100000), though not the same ticker symbol. ISIN cannot specify a particular trade in this case, and another identifier, typically the three- or four-letter exchange code (such as the Market Identifier Code) will have to be specified in addition to the ISIN.

While usually a stock ticker identifies a security that can be traded, stock market indices are also sometimes assigned a symbol, even though they can generally not be traded. Symbols for indices are usually distinguished by adding a symbol in front of the name, such as a caret (^) [3] or a dot. For example, Reuters lists the Nasdaq Composite index under the symbol .IXIC. [4]

In Australia the Australian Securities Exchange uses the following conventions: 3 character base symbol with the first and third character being alphanumeric and the second alphabetic. ETFs, ETMFs can be either 3 or 4 characters. Exchange traded warrants and exchange-traded options are 6 characters. ETOs can have numbers in the sixth character.

In Canada the Toronto Stock Exchange TSX and the TSXV use the following special codes after the ticker symbol:

In the United Kingdom, prior to 1996, stock codes were known as EPICs, named after the London Stock Exchange's Exchange Price Information Computer (e.g.: "MKS" for Marks and Spencer). Following the introduction of the Sequence trading platform in 1996, EPICs were renamed Tradable Instrument Display Mnemonics (TIDM), but they are still widely referred to as EPICs. Stocks can also be identified using their SEDOL (Stock Exchange Daily Official List) number or their ISIN (International Securities Identification Number).

In the United States, modern letter-only ticker symbols were developed by Standard & Poor's (S&P) to bring a national standard to investing. Previously, a single company could have many different ticker symbols as they varied between the dozens of individual stock markets. The term ticker refers to the noise made by the ticker tape machines once widely used by stock exchanges.

The S&P system was later standardized by the securities industry and modified as years passed. Stock symbols for preferred stock have not been standardized. [6]

Some companies use a well-known product as their ticker symbol. Belgian brewer InBev, the brewer of Budweiser beer, uses "BUD" as its three-letter ticker for American Depository Receipts, symbolizing its premier product in the United States. Its rival, the Molson Coors Brewing Company, uses a similarly beer-related symbol, "TAP". Likewise, Southwest Airlines pays tribute to its headquarters at Love Field in Dallas through its "LUV" symbol. Cedar Fair Entertainment Company, which operates large amusement parks in the United States, uses "FUN" as its symbol. Harley-Davidson uses "HOG", which is slang for one of its motorcycles. [7] Yamana Gold uses "AUY", because on the periodic table of elements, "Au" is the symbol for gold. Sotheby's (the famous auction house) uses the symbol "BID".

While most symbols come from the company's name, sometimes it happens the other way around. Tricon Global, owner of KFC, Pizza Hut and Taco Bell, adopted the symbol "YUM" to represent its corporate mission when the company was spun out of PepsiCo in 1997. In 2002, the company changed its name to match its symbol, adopting the name Yum! Brands. [8]

Symbols sometimes change to reflect mergers. Prior to the 1999 merger with Mobil Oil, Exxon used a phonetic spelling of the company "XON" as its ticker symbol. The symbol of the firm after the merger was "XOM". After Hewlett-Packard merged with Compaq, the new firm took on the ticker symbol "HPQ". (The former symbols were HWP and CPQ.) AT&T's ticker symbol is simply "T"; accordingly, the company is referred to simply as "Telephone" on Wall Street (the T symbol is so well known that when the company was purchased by SBC, it took the AT&T name, capitalizing on its history and keeping the desired single letter symbol).

Some examples of US Stock symbols include:

Formerly, a glance at a U.S. stock symbol and its appended codes would allow an investor to determine where a stock trades; however in July 2007, the SEC approved a rule change allowing companies moving from the New York Stock Exchange to the Nasdaq to retain their three letter symbols; DirecTV was one of the first companies to make this move. When first implemented, the rule change did not apply to companies with one or two letter symbols, [9] but subsequently any stock was able to move from the NYSE to the Nasdaq without changing its symbol. CA, Inc., which trades under the symbol CA, moved from the NYSE to the Nasdaq in April 2008 and kept its two-letter symbol. [10]

In countries where Arabic script is used, and in East Asia, transliterated Latin script versions of company names may be confusing to an unpracticed Western reader; stock symbols provide a simple means of clear communication in the workplace. Many Asian countries use numerical or alphanumerical ticker symbols instead of characters to facilitate international trade. 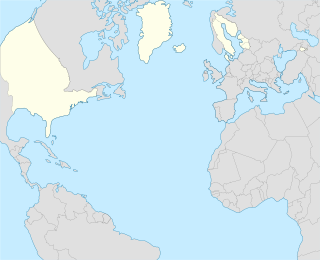 The Nasdaq Stock Market, also known as Nasdaq or NASDAQ, is an American stock exchange based in New York City. It is ranked second on the list of stock exchanges by market capitalization of shares traded, behind the New York Stock Exchange. The exchange platform is owned by Nasdaq, Inc., which also owns the Nasdaq Nordic stock market network and several U.S. stock and options exchanges.

The New York Stock Exchange is an American stock exchange at 11 Wall Street in the Financial District of Lower Manhattan in New York City. It is by far the world's largest stock exchange by market capitalization of its listed companies at US$30.1 trillion as of February 2018. The average daily trading value was approximately US$169 billion in 2013. The NYSE trading floor is at 11 Wall Street and is composed of 21 rooms used for the facilitation of trading. An additional trading room, at 30 Broad Street, was closed in February 2007. The main building and the 11 Wall Street building were designated National Historic Landmarks in 1978.

A corporate action is an event initiated by a public company that brings or could bring an actual change to the securities—equity or debt—issued by the company. Corporate actions are typically agreed upon by a company's board of directors and authorized by the shareholders. For some events, shareholders or bondholders are permitted to vote on the event. Examples of corporate actions include stock splits, dividends, mergers and acquisitions, rights issues, and spin-offs.

SEDOL stands for Stock Exchange Daily Official List, a list of security identifiers used in the United Kingdom and Ireland for clearing purposes. The numbers are assigned by the London Stock Exchange, on request by the security issuer. SEDOLs serve as the National Securities Identifying Number for all securities issued in the United Kingdom and are therefore part of the security's ISIN as well. The SEDOL Masterfile (SMF) provides reference data on millions of global multi-asset securities each uniquely identified at the market level using a universal SEDOL code.

A CUSIP is a nine-digit numeric or nine-character alphanumeric code that identifies a North American financial security for the purposes of facilitating clearing and settlement of trades. The CUSIP was adopted as an American National Standard under Accredited Standards X9.6. The acronym, pronounced as "kyoo-sip," derives from Committee on Uniform Security Identification Procedures.

The Russell 3000 Index is a capitalization-weighted stock market index, maintained by FTSE Russell, that seeks to be a benchmark of the entire U.S stock market. It measures the performance of the 3,000 largest publicly held companies incorporated in America as measured by total market capitalization, and represents approximately 98% of the American public equity market. The index, which was launched on January 1, 1984, is maintained by FTSE Russell, a subsidiary of the London Stock Exchange Group.

The OTC (Over-The-Counter) Bulletin Board or OTCBB is a United States quotation medium operated by the Financial Industry Regulatory Authority (FINRA) for its subscribing members.

NASDAQ Canada is a wholly owned subsidiary of the NASDAQ Stock Market Inc. and was created to extend Nasdaq's North American trading platform in Canada. Nasdaq Canada exists to enhance and ensure Canadian investors immediate trading access of all Nasdaq securities and issuers with the ability to raise capital more efficiently. Nasdaq Canada is regulated jointly by the NASDR and the Québec Securities Commission (CVMQ).

A Reuters instrument code, or RIC, is a ticker-like code used by Refinitiv to identify financial instruments and indices. The codes are used for looking up information on various Refinitiv financial information networks and appear to have developed from the Quotron service purchased in the 1980s.

The Market Identifier Code (MIC) is a unique identification code used to identify securities trading exchanges, regulated and non-regulated trading markets. The MIC is a four alphanumeric character code, and is defined in ISO 10383. by the International Organization for Standardization (ISO). For example, trades that are executed on the US NASDAQ market are identified using MIC code XNAS.

Uniform Symbology, in the context of European financial markets, refers to a common scheme to refer to securities ("symbols"), adopted by European markets in 2008. The original announcement reads as follows: