Tidiane Dia (born 12 April 1985) is a Senegalese former professional footballer who played as a striker. [2]

Dia has played for Pau FC, on loan from Paris FC, [3] and in Championnat de France amateur for GSI Pontivy. [4] 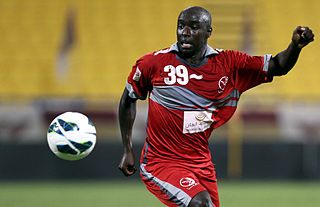 Issiar Dia is a professional footballer who most recently played as a winger for Turkish club Yeni Malatyaspor. 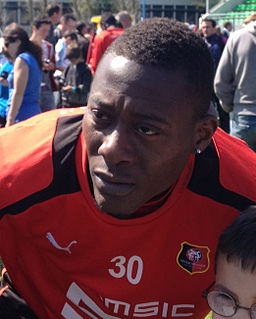 Cheick Tidiane N'Diaye is a Senegalese football player, who currently plays for Sedan in Championnat National.

La Radiolina is the fourth studio album by Manu Chao. It was released on 4 September 2007. Italy saw an advance release of the album on 30 August.

Rafaël Marques Dias Brito, commonly known as Rafaël Dias, is a Portuguese footballer who plays for French club US Créteil-Lusitanos.

Futbol Club Ordino is an Andorran football club based in Ordino. The club currently plays in Primera Divisió.

Gil Bastião Dias is a Portuguese professional footballer who plays for Spanish club Granada CF on loan from AS Monaco FC as a winger.

Amadou Tidiane Dia is a French-American soccer player who plays for Sporting Kansas City in the Major League Soccer.

Baptiste Valette is a French professional footballer who plays as goalkeeper for AS Nancy. 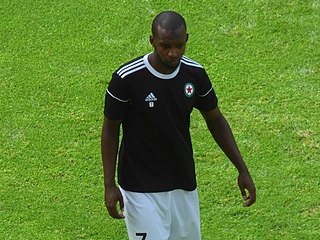 Amadou Tidiane Diallo is a Guinean professional footballer who plays as a midfielder for Sabah FC. 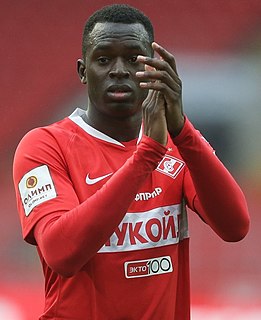 Thierno Thioub is a Senegalese football player. He plays for FC Spartak-2 Moscow.

The 2018–19 Coupe de France was the 102nd season of the main football cup competition of France. The competition was organised by the French Football Federation (FFF) and was open to all clubs in French football, as well as clubs from the overseas departments and territories.

Robert Moreno González is a Spanish football manager. He is currently the head coach of Monaco in the French Ligue 1.

Tidiane Keita is a French professional footballer who plays as a midfielder for French Ligue 2 club US Orléans.

The 2019–20 Coupe de France is the 103rd season of the main football cup competition of France. The competition is organised by the French Football Federation (FFF) and is open to all clubs in French football, as well as clubs from the overseas departments and territories.